While attempting to decide what to do about ballots, meeting is interrupted by graphic content. 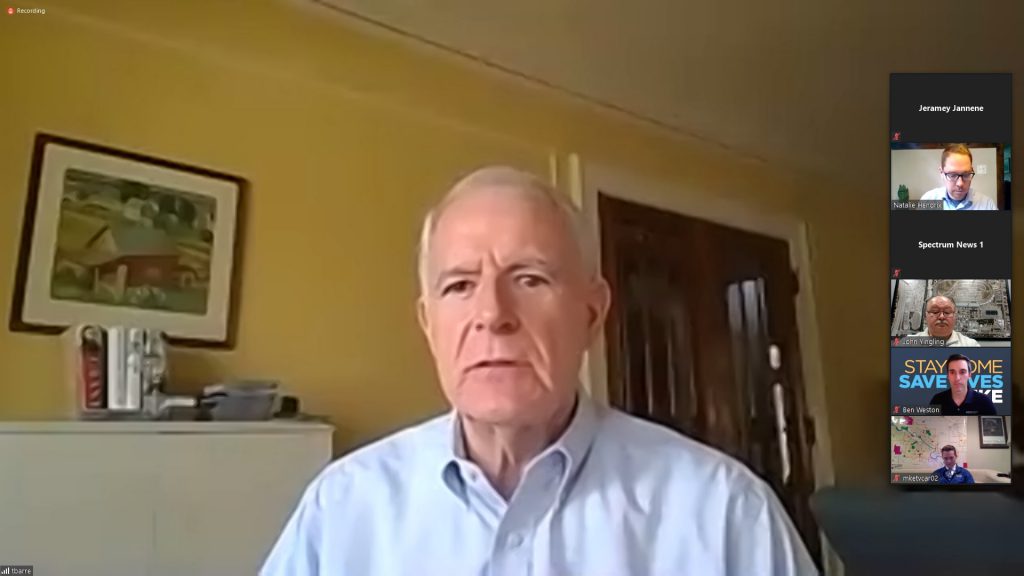 Mayor Tom Barrett speaks to the media via Zoom during the city-county daily briefing. Barrett was not on the call that was Zoom bombed.

Anonymous users took over screen sharing in the commission’s Zoom-based meeting, sharing images that were violent, pornographic or both. Other users joined pretending to be Zoom Tech Support.

One fake tech support account was able to get the attention of executive director Neil Albrecht, who appeared to believe the individual was an actual tech support member until assistant city attorney Patrick McClain interceded and suggested the meeting be shut down. It was then quickly terminated.

Zoom, a video conferencing software platform that has become the backbone of many public and private meetings in the wake of the COVID-19 pandemic, allows users to share their screen if the host does not lock down the meeting by restricting who can speak and who can share their screen. The Wisconsin Better Business Bureau has issued guidance on how to prevent the problem.

In the case of the Milwaukee Election Commission, Albrecht had unmuted the three commissioners and two participants from the City Attorney’s office, but had not prevented others from taking over screen sharing. Because the meeting is public, the link to the meeting was publicly shared in the meeting notice.

Users jumped in, sharing graphic videos and images that were then shown to the dozens of meeting participants.

The commission was scheduled to vote on whether all, or a subgroup of, the 354 absentee ballots the city has received in the mail lacking postmarks for the April 7th Spring Election would be counted. Commissions across the state must tackle the issue after the Wisconsin Elections Commission deadlocked on whether to accept them or not.