By Bram Sable-Smith, Wisconsin Center for Investigative Journalism - Apr 2nd, 2020 04:55 pm
Get a daily rundown of the top stories on Urban Milwaukee 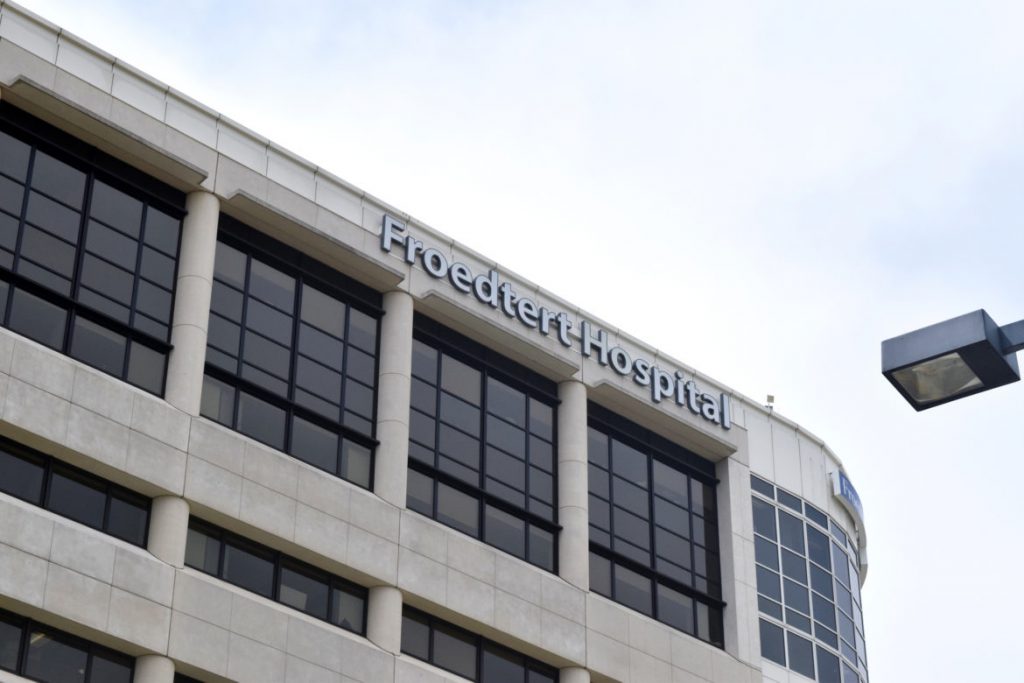 Froedtert Memorial Lutheran Hospital Inc., part of the Froedtert & the Medical College of Wisconsin, has sued at least 46 people in small claims cases since March 12. Here, Froedtert Hospital in Milwaukee is seen on Nov. 1, 2019. Gretchen Brown/WPR.

Blanche Jordan is taking social distancing seriously during the coronavirus pandemic. The 39-year-old is a breast cancer survivor with a compromised immune system.

So when she is not working as a caregiver at Elizabeth Residence, an assisted living facility outside of Milwaukee, she is staying inside the Milwaukee duplex she shares with her boyfriend and daughter, where she is stocked up on games to pass the time.

When her doorbell rang Sunday night, Jordan was beginning a new 1,000-piece Game of Thrones puzzle on her living room floor. 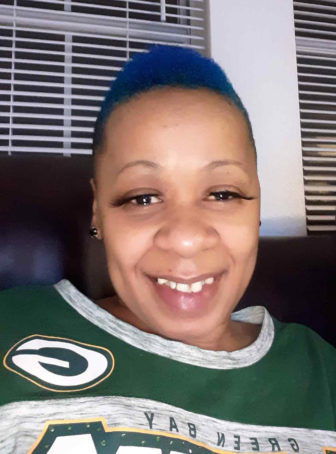 Blanche Jordan, a caregiver at an assisted living facility near Milwaukee, says a processes server showed up in-person to her duplex on Sunday, March 29 to serve her legal papers. Jordan, a breast cancer survivor, is being sued by Froedtert Memorial Lutheran Hospital Inc in Milwaukee over allegedly unpaid medical bills. She is one of at least 104 Wisconsinites being sued by hospitals in the state since Gov. Tony Evers declared a public health emergency on March 12. Photo courtesy of Blanche Jordan.

Jordan recalled standing up, putting on a mask, and opening the door to find a woman standing on the other side. The woman, who identified herself as Veronica, handed Jordan a paper and relayed a message: “You’ve been served.”

The woman worked for a firm called Badger Process Inc. The paper was a court summons. It said Froedtert Memorial Lutheran Hospital Inc., part of the Froedtert & the Medical College of Wisconsin health network, was suing Jordan for $7,150. Jordan said it was just three weeks after she paid off a different $5,000-plus Froedtert debt linked to a hysterectomy that her insurance did not cover.

The lawsuit was the last thing she expected during a viral pandemic.

“This lady came to my door. She didn’t have a mask on. She didn’t have gloves. And she looked at me like I’m crazy, because I had a mask across my face,” Jordan recalled, adding, “I’m high-risk.”

Life in Wisconsin has been transformed since March 12, when Gov. Tony Evers declared a Public Health Emergency to combat COVID-19, the disease caused by the coronavirus.

Businesses have shuttered across the state and laid off workers, while public officials urge residents to stay at home to slow the virus’ spread. On Friday, Wisconsin Gov. Evers ordered a 60-day ban on evictions and home foreclosures.

Jordan is one of at least 46 people sued by Froedtert in small claims cases since March 12. Those cases are among at least 104 similar suits filed statewide by health systems over the same period, according to an analysis of small claims cases by Wisconsin Public Radio and Wisconsin Watch.

“In addition, we continue to work with patients related to financial counseling and are allowing patients with financial hardship who are on a payment plan to defer payments while financial assistance is discussed with them,” he said.

Yet court records show at least 18 lawsuits filed on the hospital’s behalf since then, including 15 filed on March 31 alone. (The suit against Jordan was filed on March 17.) Schooff did not explain the discrepancy.

Keary Bilka, an attorney representing Froedtert in the most recent suits, declined comment.

‘Really? In the middle of all this?’ 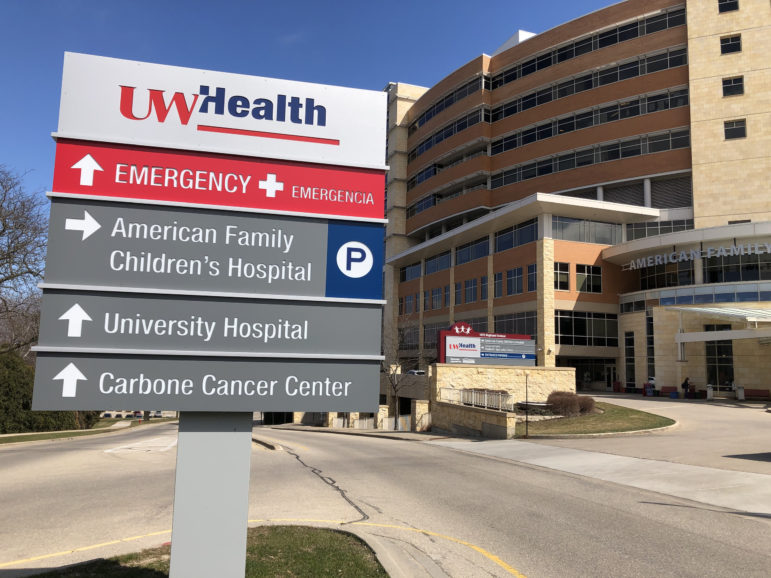 Tom Russell, a UW Health spokesman, said the health system instructed its legal agencies on March 26 “to cease pursuit of any legal activity.”

“These should be stopped for now,” he said.

Andy Napgezek, an Aspirus spokesman, said the system has “paused all legal activity.”

Gundersen has “paused small claims,” and Marshfield “paused claims” on March 19, spokespeople for those systems said.

Tom Duncan, a Froedtert South spokesman, said his system has generally “suspended filing small claim suits” during the pandemic. “However, in rare circumstances, certain small claim suits may be filed to preserve Froedtert South rights. For example: If a medical debt has been in existence for 6 years, and the statute of limitations is about to end.”

Bellin did not immediately respond to questions from Wisconsin Public Radio and Wisconsin Watch.

One Madison resident described being “mortified” when a process server knocked on her family’s door on March 28 to serve papers for a UW Health lawsuit over $1,135.90 in medical debt. UW Health filed that lawsuit before March 26. In a phone interview, the resident asked not to be named in this story because she was embarrassed by the debt.

“I couldn’t believe someone would do that,” she said about receiving legal papers during a pandemic. “They’re our bills, but really? In the middle of all of this?”

The woman said her husband offered the process server sympathy, apologizing that the man had to serve papers during a public health emergency.

The woman, who works for a Madison-based nonprofit, saw things differently. “That’s a choice too. I wouldn’t be able to sleep at night.”

She said the couple’s debt stems from a series of health complications — “You can put it in the category of heart disease”  — that sent her husband in and out of a UW Health emergency room.

Quartz Health Solutions provides the couple insurance through the husband’s job. He is an “essential worker” in state government, the woman said. They live with two children, including a daughter with unspecified health complications.

Another man was not aware that Marshfield Clinic had sued him until a reporter told him. “Yeah, that’s me but I don’t know anything about a lawsuit,” the man said, confirming that his name and address matched those of the defendant in a mid-March suit.

“I guess I have some phone calls to make.”

More than a quarter of U.S. adults say they or someone they know has faced trouble paying a medical bill, according to a 2016 survey by the Kaiser Family Foundation and the New York Times. Consumer advocates have increasingly scrutinized hospital debt collection. Some hospitals have stopped the practice of suing patients in recent months following investigative reporting by MLK50 and ProPublica.

Jessica Roulette, an attorney with Legal Action of Wisconsin, which provides free legal services to low-income people, said most people facing medical debt and hospital lawsuits are “underinsured,” meaning insurance leaves them on the hook to pay thousands of dollars in out-of-pocket health expenses. Medical bills often fall below things like rent, utilities and food in the “hierarchy of bills and obligations,” Roulette said.

“Today it’s a whole new ballgame,” he said, referring to workers who have lost their jobs and possibly health insurance during the pandemic. Just last week, Wisconsinites filed more than 115,000 unemployment claims.

Peterson saw a possible disconnect between some hospitals deciding to suspend small claims suits and the law firms they retain to execute debt cases. The agencies serving legal papers may also be out of the loop.

“Are the hospitals communicating their own policies internally, and are they communicating with their hired guns out there, making sure that they back off?” Peterson asked.

Peterson did not know whether Evers could address medical debts during the public health emergency, but “he should strongly encourage that all action cease.” He argued that process servers delivering legal papers in medical debt suits is “not an essential service.”

Evers’ office did not immediately respond to a query.

The pandemic presents “particular problems for collection of medical debts through the court system,” Roulette said.

Some legal practices, including in-person process serving, are at odds with public health during the pandemic, Roulette said. But creditors still face statute of limitations deadlines, meaning they could miss their window to sue by waiting too long.

Roulette said people still earning an income should pay their medical bills on time, and people with insurance should make sure their providers properly process their claims. But she said health care providers should consider holding off on lawsuits, if they can afford it.

“We are truly in uncharted waters,” Roulette said. “I would hope that everyone is simply doing the best they can.”

The state of Wisconsin considers Jordan, the Milwaukee caregiver being sued, an “essential” worker during the pandemic, meaning her job is not subject to the “Safer At Home” order. She works five days each week from 7 a.m. to 3 p.m., alternating work on the weekends. The pay — $15.75 per hour — barely covers her expenses.

Rent, health insurance, utilities and the nearly $300 in garnishments by Froedtert that recently ended, left Jordan with little of her $1,300 biweekly paycheck to spend on other necessities. She filed for bankruptcy in 2016 when, despite being insured, she said she could no longer afford to pay off her debts from treating her aggressive breast cancer. 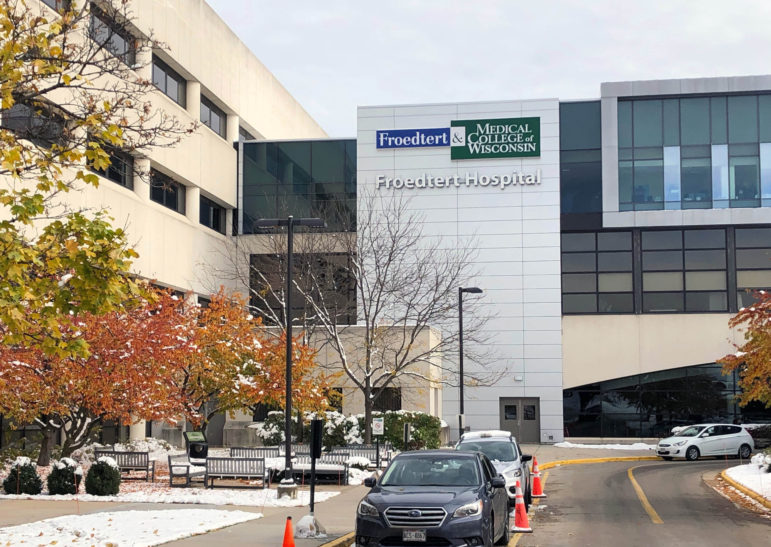 Blanche Jordan is one of at least 46 people sued by Froedtert in small claims cases since March 12. Here, Froedtert Hospital in Milwaukee is seen on Nov. 1, 2019. Photo by Corrinne Hess / WPR.

That journey briefly left her homeless following an eviction, but she generally manages to pay her current, more understanding landlord on time, Jordan said.

“I’m blessed to have a landlord that’s understanding because his wife died of breast cancer,” she said.

Jordan said her most recent medical debt stemmed from a hysterectomy that was separate from but related to her cancer treatment. She chose Froedtert to perform the procedure, considering it “the best hospital that we have in Wisconsin.”

What she did not realize, she said: Froedtert did not accept her insurance, which she purchased on a federal exchange created by the Affordable Care Act. Hospital administrators accepted and ran her insurance card, Jordan said, but never mentioned that her insurer would not cover the procedure.

In 2019, a judge in the Milwaukee County Small Claims Commissioner Court awarded Froedtert a judgment against Jordan for about $5,300, including court fees, which the hospital claimed by garnishment of her wages. She finished paying that debt during the first week of March — only to be served papers for the alleged $7,150 debt three weeks later.

Jordan assumes this covers the remainder of the bill for her hysterectomy, which she remembers totaling around $12,000. Wisconsin caps small claims at $10,000.

She will eventually see her day in court, although it’s not clear when. The coronavirus postponed her court date to May 28, assuming court proceedings resume by then.

Until then, Jordan will continue to perform “essential” duties at the assisted living facility, but she will otherwise stay isolated at home, she said, likely playing Scrabble or Uno with her family.

The suit adds an extra layer of frustration as she tries to wait out the pandemic. 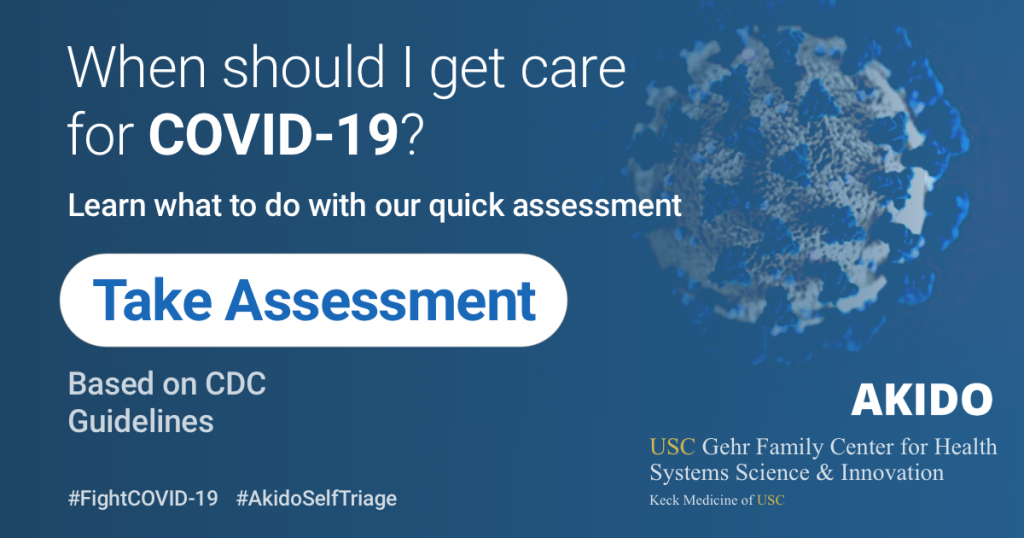 This story comes from a partnership of Wisconsin Watch and Wisconsin Public Radio. Bram Sable-Smith is WPR’s Mike Simonson Memorial Investigative Fellow embedded in the newsroom of Wisconsin Watch (wisconsinwatch.org), which collaborates with WPR, PBS Wisconsin, other news media and the University of Wisconsin-Madison School of Journalism and Mass Communication. All works created, published, posted or disseminated by Wisconsin Watch do not necessarily reflect the views or opinions of UW-Madison or any of its affiliates.