Evers and Republicans can’t agree on how to spend budget surplus. 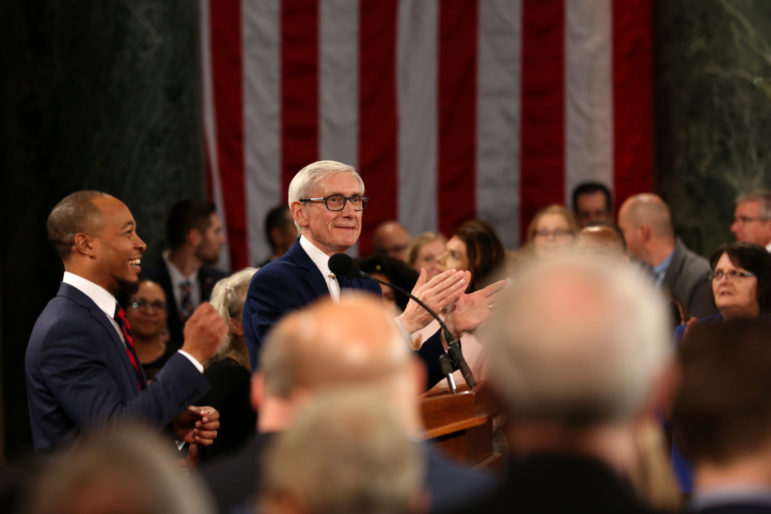 A Feb. 20, 2019, message from Democratic Gov. Tony Evers to the Republican-controlled Legislature: “I am vetoing [your income tax cut] in its entirety.”

A Feb. 26, 2020, message from Evers to Republican legislative leaders: “I am vetoing [your income and business tax cut] in its entirety.”

Twice in the Democratic governor’s first 14 months in office, Republicans put an income tax cut on the governor’s desk that he vetoed. For the record, two of the 50 Democratic legislators voted for the second tax-cut package.

Evers, a former state superintendent of public instruction, has doubled down on two uses of the surplus – to fund K-12 schools and control property taxes to pay for those schools – in the last year. For their part, Republicans have twice opted to use state budget surpluses to cut income and business taxes.

It’s a major disagreement on important public policy. It’s also a fair fight to have, since polls show K-12 schools and taxes are priorities with Wisconsin voters.

Since Evers dug in even deeper with his second tax-cut veto last week, consider his arguments first. Governor, how should state government use an available surplus of about $400 million?

“I proposed a balanced package of proposals to deploy some of the state’s projected revenue surplus to both renew our state’s historic, bipartisan promise of two-thirds funding for K-12 education … and provide meaningful property tax relief across the state,” Evers said in his veto announcement.

“Our projected revenue surplus presents the opportunity to continue our progress by investing in two-thirds funding—reversing years of underinvestment in our kids and K-12 schools—while also providing meaningful property tax relief for Wisconsin families,” Evers added. “We do not have to choose between funding for our kids and our schools and providing property tax relief. We can and should do both.”

The Evers plan would have raised state K-12 school aids by $250 million and used another $130 million to offset property taxes for schools.

The GOP plan would have cut income taxes by $247 million – an average tax cut of $105 and $145 for a married-filing-jointly couple – and cut personal property taxes that businesses pay by $44.7 million. It would also have made a $100 million payment on long-term state debt.

Besides, Vos added, “In the last four years, Republicans have increased state aid by 15 percent, increasing per student funding by nearly $1,000.”

“Gov. Evers proved to once again be incapable of doing right by our taxpayers,” added Assembly Majority Leader Jim Steineke. “It’s simple: the government took more money than needed from Wisconsinites, and now it’s our job to put that money back in their pockets.”

In the court of public opinion, who is right? Some statewide polls back Evers. In the Feb. 19-23 Marquette University Law School poll, 1,000 registered voters were asked: “Which is more important, reducing property taxes or increasing school spending?”

And, in the Marquette Poll taken weeks before the November 2018 election that Evers won, registered voters were asked: “What do you think is the most important issue facing Wisconsin?”

The results: “health coverage,” 24 percent; “K-12 education” and “jobs and the economy,” 19 percent each; “condition of state roads, highways and bridges,” 12 percent, and “cutting taxes,” 8 percent.

Evers has repeatedly cited statewide polls in his losing battles with Republican leaders over new gun-safety laws, expanding Medicaid health care to more middle-income residents, and creating a non-partisan panel that would draw new Congressional and legislative districts based on 2020 Census data.

Wisconsin families, you hadn’t spent that average $145 cut in income taxes that Evers and Republican legislators fought over last week, right? Good, because it won’t be coming your way. Instead, that $247 million will remain in state government’s checking account.

2 thoughts on “The State of Politics: Veto Keeps $392 Million in State Treasury”