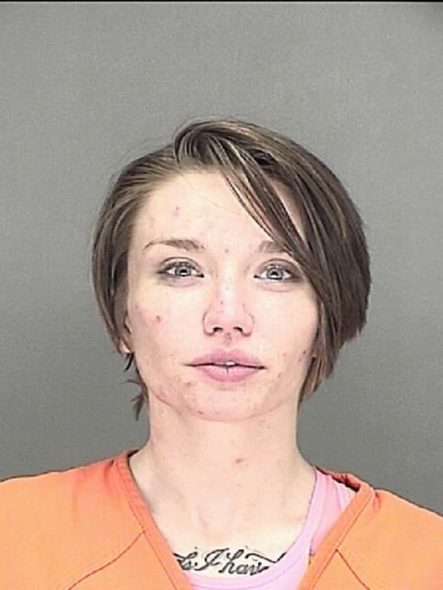 Recently, Cassandra Nygren, daughter of state Rep. John Nygren, R-Marinette, was sentenced to 13 years in prison for playing a role in supplying drugs that led to the overdose death of a pregnant woman. Nygren was sentenced for various offenses, including first-degree reckless homicide and delivery of heroin, among others.

By all accounts, the sentencing hearing was incredibly sad, not only because of the focus on the tragic death of a pregnant woman and her unborn child, but also because of the tragedy of Nygren’s story that culminated in a lengthy prison sentence and the reality that her own young child will grow up without his mother.

The victim was more than six months pregnant when she overdosed on heroin that was laced with fentanyl.

The case highlighted once again that addiction is a cruel illness that knows no boundaries.

During the sentencing hearing, Nygren appeared to show genuine, deep remorse and unimaginable regret for how her actions led to the death of a woman and her unborn. Nygren took responsibility, calling her own actions “extremely selfish and inexcusable.”

Nygren also referenced the power and cruelty of addiction:

“Heroin preyed on me at my weakest moments. It beat me and it kicked me when I was down. It lied to me and filled me with false promises. Heroin brought me to places I would’ve never gone. It had me do things I never thought I would do.”

Unfortunately, this most recent case was not Nygren’s first trouble with the law or battle with addiction. According to online court records, Nygren went to prison for a 2009 narcotic drugs case and she was on probation and served jail time for a 2014 narcotic drugs case.

Nygren’s father has done tremendous work in the Legislature sponsoring dozens of bills relating to drug addiction. Specifically, Rep. Nygren has been at the forefront of efforts like the HOPE (Heroin Opiate Prevention and Education) agenda, a series of bills and efforts to battle addiction.

But much more needs to be done to fund programs and treatment for those suffering from the horrors of addiction. We see every day how many lives are destroyed by addiction, yet many people cannot afford the tens of thousands of dollars that it can cost to send a loved one to long-term inpatient treatment.

Given the bipartisan efforts at battling addiction, most people recognize that although it may be necessary to incarcerate people for certain crimes, such as Nygren’s, we cannot simply incarcerate our way out of this problem. The solution is much more complex, but surely requires help with addiction treatment early on to try and prevent the tragic consequences that often occur.

Addiction is a disease of the brain and body, and it must be treated as such. The American Medical Association classifies addiction as a disease. If left untreated, addiction leads to overwhelming and devastating pain and suffering.

Although the science and medical research is clear, too many people still view addiction almost exclusively as a moral failure exhibiting a person’s bad character. Treatment providers and specialists in addiction will say that it is far too simplistic to tell addicts to use their “will power” to stop using. Most people addicted to drugs need a large support network and specialists to help treat the disease.

The statistics on addiction are sobering. About 20 million Americans have at least one substance abuse disorder, yet only a tiny percentage of those receive treatment. From 1999 to 2017, over 700,000 Americans died from a drug overdose.  In 2018, there were 67,367 drug overdose deaths in the United States, a number that amounts to far more than every man, woman, and child in the city of Sheboygan.

The judge in Cassandra Nygren’s case reportedly called it the saddest case he has seen in seven or eight years. Cassandra Nygren, just 31 years old now, will be in her mid-40s when she is released from prison. There is no doubt that her sentence will also have a significant effect on her family and friends.

Perhaps we can focus even more now on how to effectively combat the ravages of addiction, through significantly more counseling and treatment. And although because of the nature of addiction, often people will fail many times before they succeed — we must continue to support them and try to lead them down the bumpy, long road to recovery.

This column was first published by the Sheboygan Press.