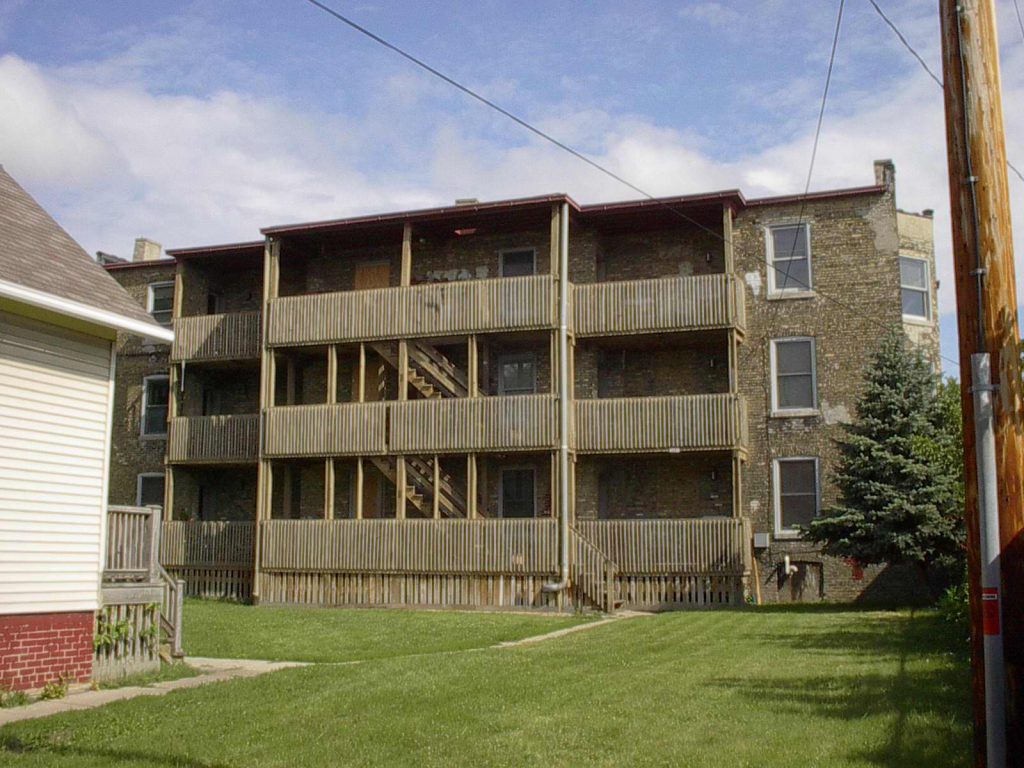 Alderman Jose G. Perez used a special meeting of the Common Council, called to address a spring ballot issue, to advance the termination of a contract with Friends of Housing regarding the management of city-owned homes. Perez said the organization has done “a very poor job” of managing two “nuisance” privately-owned properties in his near south side aldermanic district.

Friends of Housing has a contract with DCD to manage five city-owned homes, none in Perez’s district.

“As a result of what’s taken place in my district and the amount of nuisance activity, I don’t want to see any business done with the city that we control done with Friends of Housing,” said Perez in 2019. “I understand things happen, but the manner in which it was handled and not abated was an issue for me and residents.”

A three-page report from the city’s Legislative Reference Bureau shows the two multi-family properties in Perez’s district, 1305-1311 W. Madison St. and 1740 S. 12th St., had 25 incidents dating back to 2016 including multiple shootings, an overdose death and multiple incidences of recovered heroin, cocaine and firearms. Both properties were labeled a “nuisance” by the Milwaukee Police Department and racked up over $5,000 in fines.

The 10 council members present with Perez at the special meeting voted to require DCD to work with the City Attorney to “explore the feasibility of terminating all contractual relationships with Friends of Housing Corporation” and require any future contract with the organization to be approved by the council.

A council committee first debated the measure in March 2019 with representatives of the Department of City Development (DCD). Deputy commissioner Martha Brown said the city did not have performance issues with Friends of Housing on its specific contract, nor did the city’s Neighborhood Improvement Development Corporation and its seven houses managed by the entity. “We are satisfied with the work they are doing for us,” said Brown.

Alderwoman Milele A. Coggs, in whose district four of the properties are located, asked that Brown confer with the City Attorney’s office on the implementation of minimum performance standards in its contracts. “We’ll be happy to have that conversation,” said Brown.

The committee held the matter, but in January Perez learned DCD had extended Friends of Housing’s management contract for five homes rehabbed as part of a now-defunct city affordable housing program.

On February 19th he wrote a letter to DCD Commissioner Rocky Marcoux, asking questions of how DCD investigated the entity’s performance and requested Marcoux appear before the Zoning, Neighborhoods & Development.

Marcoux responded February 25th with a two-paragraph letter, one saying he would appear before the committee and another offering guidance on who to contact with regards to scheduling.

“I thought that was an unacceptable answer,” said Perez on Thursday. He used a council rule allowing files pending for more than 30 days to be called for immediate action by the full body.

The only question on the matter was from Alderman Michael Murphy on who would manage the properties going forward. “The city already manages a very large portfolio,” said Perez, saying DCD would take over the rental properties.

Brown said the entity is often the only bidder for scattered site property management. “No other property managers responded to the request for bid,” said Brown in 2019 regarding the NIDC’s bidding processing in 2015 and 2018. “It’s just not profitable work for private firms.”

A December 2019 report on ensuring equity in downtown growth from Brown and Marcoux suggested that the city explore training other property management firms.

A limited liability company registered as the owner of both properties in Perez’s district points back to Friends of Housing’s office and executive director L’Tanya McNeal.

An earlier version of this article said Perez assisted in the Fox 6 investigation. Perez told Urban Milwaukee he only reacted to it.