MERI 2.0 to sell homes for $1 and developers must hire under- or unemployed workers. 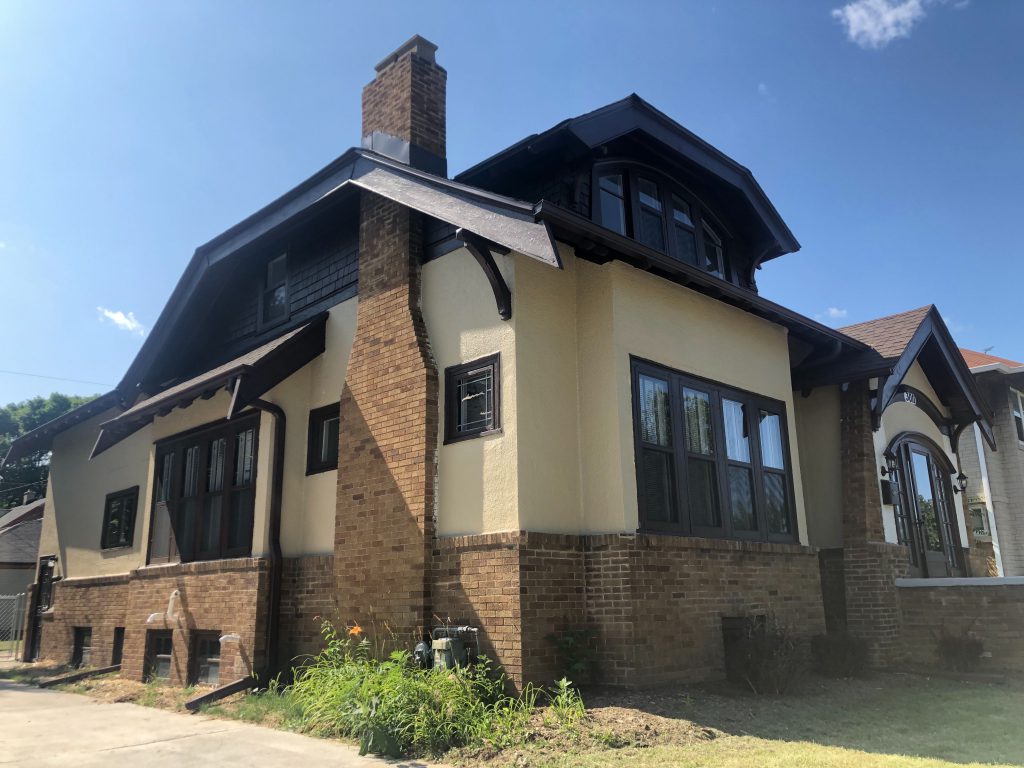 3011 N. Sherman Blvd. was rehabbed in the first round of MERI. Photo by Jeramey Jannene.

City officials continue to seek the best strategy to address the lingering effects of the foreclosure crisis in Milwaukee. That means finding ways to handle the thousands of poorly-maintained properties the city has acquired through foreclosure after owners or banks quit paying property taxes.

“When the foreclosure crisis hit, it hit hardest in the 15th district and the 6th district was right behind it,” said Alderwoman Milele A. Coggs last week of Alderman Russell W. Stamper, II‘s central city district and her near north side district, which lead the city in the number of tax-foreclosed properties. “We thought if you have all these houses, you have all these people needing affordable housing, there are efforts that you don’t normally do to close that gap.”

With approximately 1,000 properties in its inventory at any given moment, the city has tried a variety of strategies to get the homes it owns repaired and back on the property tax rolls: marketing them to nearby residents, selling the best ones for discounted prices to owner-occupants, unloading them in bulk to developers, offering them for $1 to artists, selling vacant lots to neighbors and Habitat for Humanity, using them as construction training sites and deconstructing the worst ones. As a result the city has sold hundreds of properties annually year, but continues to acquire hundreds more as depressed real estate prices in certain areas stunt the private market.

Now the Common Council and Department of City Development are moving to fund the best performing ideas. Chief among them is MERI, the Milwaukee Employment/Renovation Initiative, created in 2017. The program, wherein the city provided a home for $1 and a $10,000 grant, required developers to hire underemployed or unemployed city residents at a city-set Living Wage to perform at least 500 hours rehabbing the home.

Six developers completed 104 home renovations in the Sherman Park target area while leveraging 33,000 hours of labor from qualifying participants. Depending on the developer’s financing, homes were rented at federally-designated affordable rates, placed into rent-to-own programs or sold. The city’s portion was funded with $1 million from the state’s settlement regarding diesel emissions with Volkswagen.

Coggs said it was a “great success.” Mayor Tom Barrett, at a July press conference showcasing the program, said it helped the Sherman Park neighborhood “rebound from the challenge” and emerge “stronger than it was” from the 2016 civil unrest which erupted after a Milwaukee Police Department shooting.

The city will fund MERI 2.0, in part, by halting an underperforming program. A dormant, $1 million 2015 budget initiative, known as the Rental Housing Rehabilitation Program, was intended to back private developers rehabilitating city-owned homes and managing them as rentals for the city. Only five homes were ever completed.

“The cost of the rehab was higher than projected on average,” said Coggs about the results during last week’s Zoning, Neighborhoods & Development Committee meeting. City officials had estimated that developers would spend up to $50,000 per home. But the program awardee, Friends of Housing, spent approximately $82,000 per home on five homes before walking away from the project according to a city report; the organization continues to manage the homes it did rehab and one renter is considering purchasing the property.

But that’s it for the Rental Housing Rehabilitation Program. Tuesday the Common Council unanimously approved re-allocating the remaining $580,000 to support the second round of MERI.

“This will be able to get more homes rehabbed with more homeowners, making the money more beneficial and useful to the community,” said Stamper.

The city is changing the grant formula for MERI 2.0, dividing and potentially increasing the grants. A $5,000 grant for the employment portion will be provided for every home and an up-to $15,000 grant will be awarded on a property-by-property basis to offset the rehabilitation costs. Additional funds could be allocated if the home is on the city’s raze list.

“I’m just wondering how we’re magically avoiding the problems we had with the rehab-to-rent program?” asked Ald. Robert Bauman.

DCD deputy commissioner Martha Brown said it’s a matter of leverage. The city grants back the developers’ private investment, which totaled $5.9 million in the first round. Brown noted that the city doesn’t set rent or sale prices under MERI, but some of the participants rely on state or federal low-income housing tax credits which limit the rental rate in exchange for the credits. Developers must sell homes to owner-occupants if they do not rent them.

“We actually have had 19 developers apply for the second MERI phase,” said Brown. The city is currently vetting the proposals for a total of 225 homes. Developers are required to take on at least five homes over a period of 24 months.

“We anticipate those homes will be clustered in the 15th and 6th aldermanic districts,” said DCD real estate services manager Amy Turim. “That’s where the greatest need is.”

Bauman also asked if the city was requiring lead water service line replacement as part of the program. Approximately 70,000 properties in the city have lead laterals. Brown said the city does not require them to be replaced, but does require a lead water filter be installed in the kitchen faucet. “It’s a matter of cost,” said the deputy commissioner. She noted that less than 10 percent of participants in the first round used a city financing program that partially funds lateral replacement.

The request for qualifications issued for MERI 2.0 said the city would secure developer agreements by February 28th. 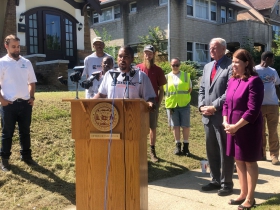 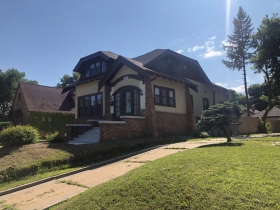 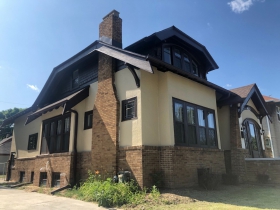 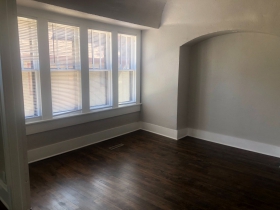 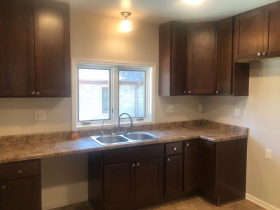