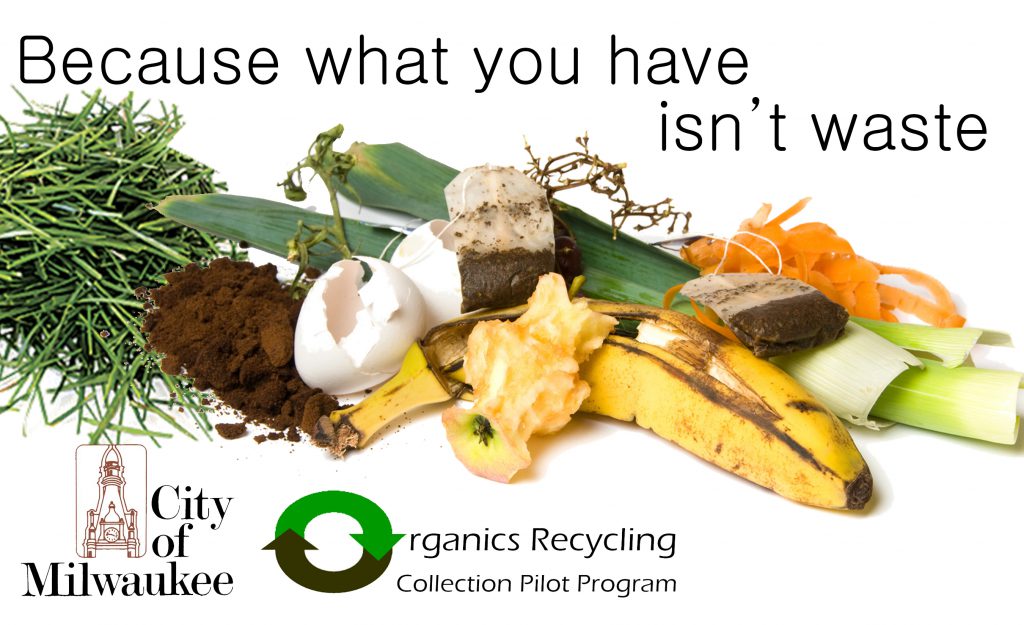 The Department of Public Works (DPW) is seeking partners to build and run a citywide compost program, building off a successful test project running in select city neighborhoods.

The opt-in program was originally envisioned as a “one-year pilot program,” but has been operating continuously since 2016, diverting more than 194 tons of waste per year. It was originally requested by Alderman Tony Zielinski and co-sponsored by Ald. Robert Bauman and Nik Kovac.

Program participants, approximately 540 today, currently pay an additional monthly fee of $12.75 and put their organic food waste in a special 65-gallon container. Compost Crusader has served as the city’s contractor on the effort, picking up the organic waste and processing it into compost at Blue Ribbon Organics in Caledonia. DPW provides a $1 per month per subscriber subsidy to Compost Crusader in addition to the customer fee in recognition of its estimated landfill savings (720 pounds annually per participant).

A request for proposals (RFP) issued by DPW would require prospective vendors to establish a permanent program by committing to operating it for a minimum of five years and provide a growth plan for providing citywide service.

Residents currently eligible to participate include those living in one-to-four unit buildings east of Interstate 43 from W. Capitol Dr. to W. Howard Ave. This includes residents of the East Side, Riverwest, Harambee, Walker’s Point and Bay View. Those boundaries at a minimum would be maintained under a new contract.

Under terms of the RFP, the city is considering bids for yard-waste only pickup, as opposed to the current program which includes food waste. An op-ed written by Mary Lou Lamonda accused the city of “quietly ending its successful [program]” by making food waste pickup optional in the bids. But DPW officials say that’s not the case.

“The Department of Public Works will not end the current food waste pilot program or make changes without notifying participants,” wrote a DPW spokesperson in response. “The City of Milwaukee remains committed to increasing sustainability and reducing landfill waste and our impact on the environment. Diverting organic waste, including food, is a major part of that effort. The Organics Pilot Program saw high demand and DPW agrees with participants and organic waste advocates: we should find ways to expand this service. The RFP states clearly that these proposals are the first step in that expansion.”

Responses to the city’s RFP are due March 6th. The new service could start as early as July 1st, 2020.