Three candidates vying to be Milwaukee's next Comptroller. 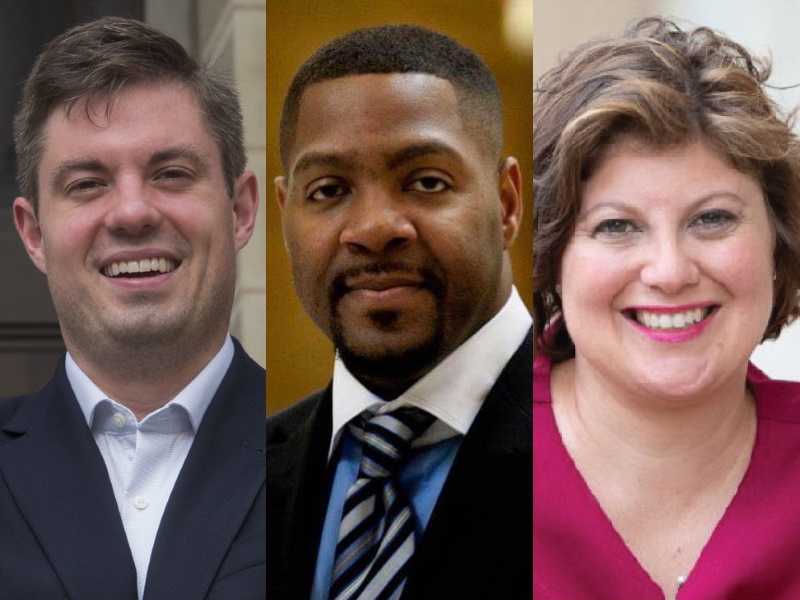 Three candidates are running for a four-year term as City Comptroller. The comptroller, in effect the city’s chief financial officer, exercises financial control over virtually every aspect of city government including public debt and employee pay. The comptroller also provides audit services and financial analysis of every proposed tax-incremental financing district. The position is separate from the independently-elected City Treasurer who is responsible for revenue collection, including property taxes.

As a credit union leader, Alex has been involved in the credit union movement and cooperative business for over 13 years. As a union president, Alex revitalized his union and won healthcare benefits for substitute teachers after going on a hunger strike for 21 days. As an educator, Alex serves as a substitute teacher for Milwaukee Public Schools and has worked with many of Milwaukee’s communities.

Alex is no amateur when it comes to finance. Alex has the business expertise we need to ensure that our tax dollars are being used efficiently to serve the people of Milwaukee and not just big corporations.  A political science graduate of Beloit College, Alex has used his political knowledge to fight for working people. Alex Brower’s experience, leadership and unwavering commitment to the people of Milwaukee and progressive values, make him the best choice for the City of Milwaukee’s next comptroller.

As a leader in the credit union movement for over 13 years, Alex has the financial and business experience we need. Starting off as a volunteer with the Wisconsin Credit Union League’s credit union activist program, Alex lobbied for consumer-friendly legislation at the Wisconsin Legislature. Alex eventually was hired at Stoppenbach Credit Union in Jefferson, Wisconsin, where he served directly below the President of the credit union as assistant office manager. In this position, he was engaged in loan underwriting, member financial counseling, implementing the accounting cycle, financial statement analysis, board relations, asset repossession and marketing.

Alex is a leader and founding member of the New Economy Credit Union Organizing Committee, which is founding the new Economy Credit Union (NECU). Alex helped form the committee, which, to date, has knocked on thousands of doors, had hundreds of conversations, and held community meetings for a proposed credit union that aims to serve the 53212 zip code of Milwaukee, specifically the Riverwest and Harambee neighborhoods.

With the help of others, Alex raised thousands of dollars towards the formation of a credit union that will provide quality financial products, foster new cooperative business and organize the underserved neighborhoods to challenge the power of Wall Street, the big banks and the richest 1%. Alex led the development of the application which included: devising and conducting a market survey, securing mentor credit unions, writing bylaws, writing policies and procedures, analyzing the market survey results, projecting product usage based on the market survey.

As a Milwaukee Public Schools educator, Alex serves as Substitute Teacher President for the Milwaukee Teachers’ Education Association. Alex is officially the President of the Milwaukee Substitute Teachers Association, better known as the “fighting subs.” When he became president, Alex joined with other union activists to defeat a temporary employment agency (Goodwill TalentBridge) and bring all substitute teachers workers into Milwaukee Public Schools so they can have full-time, living wage jobs.

Jason Fields is a current member of the Wisconsin State Legislature, serving on the Assembly Committee on Financial Institutions. First elected to the State Assembly in 2004, Jason has become a leader in matters of state and local finance.

His career in business and finance runs deep, having started a venture capital fund, a business consulting firm, and having worked directly in the banking and securities industry.

Jason has always been deeply involved in his community and is well known by his constituents who he proudly represents while serving in the State Assembly.

Born and raised in Milwaukee, his ties to our city and his community are seen in his commitment to public service, which is why he has a passion for making positive change for everyone in our city. Jason is running for Comptroller because he feels Milwaukee is at a crucial moment in its history and he wants to bring his professional background in finance to City Hall to be Milwaukee’s chief financial officer.

He and his wife, La Tasha Fields, live in Milwaukee’s Wyrick Park neighborhood.

Aycha (Sirvanci) Sawa is the current Deputy Comptroller of the City of Milwaukee. She started with the city in 2010 as an auditor and has been promoted many times through various management positions up to the Deputy role 3 years ago. Aycha earned her accounting degree from UW-Madison in 2006, then successfully passed her CPA (certified public accountant) license in 2010, then earning her CIA (certified internal auditor) license in 2015.

Before working at the city, Aycha worked at the Wisconsin Department of Transportation in an auditing capacity and then at Baker Tilly auditing various governments in Wisconsin and Illinois.

Aycha is a first-generation American born in Milwaukee. Her parents arrived from Turkey over 40 years ago when her father was recruited by UWM to serve as a statistics professor. She and her husband Drew are proud, loving parents of a beautiful, active toddler. They’ve owned their Milwaukee home since 2016.