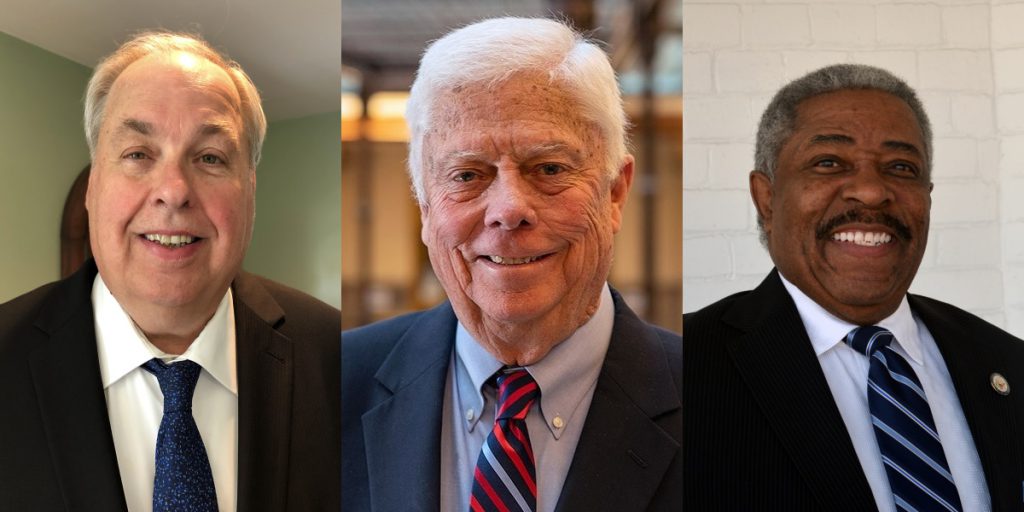 Three candidates are running for a four-year term as City Attorney. The top two vote-getters in the primary will advance to the April 7th general election.

Vince Bobot was the first student to earn his law degree part time from Marquette Law School while serving as a police officer from 1971 to 1993.  Rising to the rank of lieutenant, Bobot was cited for Outstanding Service to the Police Department in 1976 and received an award after being shot in the face when stopping an armed robbery. Bobot was named Police Officer of the Year by the Wisconsin Law Enforcement Association in 1977, He also received the Civic Award for Heroism from the State Street Advancement Association and Miller Brewing Co. in 1977.  Bobot received 28 separate Meritorious Arrest Citations while a police officer for his actions for apprehending criminals involved in crimes such as burglary, armed robbery and murder. He also served as a trustee with the Milwaukee Police Supervisors Association.

Presently, Vince Bobot is Chairman of the Administrative Review Appeals Board for the City of Milwaukee.

Vince is a graduate of St. Roman Parish School and Pulaski High School and received his Bachelor of Science degree from The University of Wisconsin – Milwaukee, majoring in Criminal Justice and his Juris Doctorate degree from Marquette Law School. Bobot is married to his wife Linda and has one daughter, Bonnie, and two grandchildren, Tony and Emily.

Vince Bobot has lived in the City of Milwaukee his entire life.

First elected to the position of City Attorney in 1984, Langley has been re-elected by Milwaukee residents and taxpayers eight times.

His office recently received the 2019 Diversity and Inclusion Trailblazer award from the State Bar of Wisconsin.

Tearman Spencer has spent a career fighting for justice and making sure people are safe. He’s overcome personal adversity, achieving through hard work what doctors said wouldn’t be possible. Now he’s ready to stand up and fight for the people of Milwaukee.

Born and raised in Milwaukee, Spencer earned an engineering degree from the University of Southern California and became an award-winning safety engineer, focusing on transportation infrastructure including dams, bridges, tunnels and rail systems, working all over the country. He ensured maintenance on refineries was done safely, and oversaw safety professionals on the cleanup of the Exxon Valdez oil spill.

Spencer was then diagnosed with a degenerative condition that confined him to a wheelchair, and while striving to recover, earned a Masters in Business Administration from Golden Gate University. He later received a Juris Doctor (law degree) from the University of Wisconsin-Madison.

Spencer returned to Milwaukee and opened a successful law practice, handling real estate and business cases, and protecting individuals against big banks. More recently, he has focused on defending the rights of consumers, and winning millions of dollars in settlements and verdicts for his clients.

Along the way, Spencer defied expectations and learned to walk again.

With more than 30 years of leadership experience, Spencer is ready to run the City Attorney’s office, a broad operation that oversees civil, criminal, and municipal law on behalf of the people of Milwaukee.