M7 efforts, TIF districts have both paid off. Now if only we find more workers. 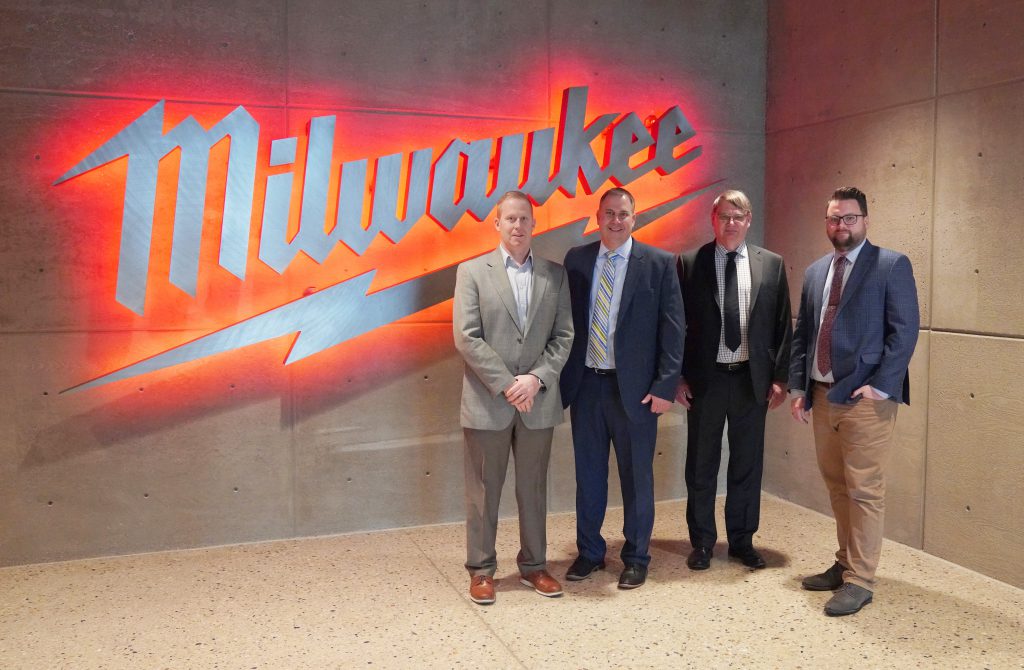 When it comes down to economic development that works, the recent announcement of expansions by Milwaukee Tool in the M7 region point to two tactics that consistently work effectively.

Those two tactics came together in West Bend when the company announced a $28 million investment in a 75,000 square foot factory in a new industrial park on the south side of the city. At the outset, 50 employees will be hired for the manufacture of hand tools for utility linesmen and electricians. The total could grow to 100 by 2025.

The West Bend project is not a game changer like the Foxconn purports to become, but it is a nice single. And Techtronic Industries, the Hong Kong-based company that now owns Milwaukee Tool, is also expanding in Menomonee Falls, Brookfield and Sun Prairie. Its new jobs total is projected at 870, a home run for the region and the state. Such direct foreign investment is most welcome.

These will be family supporting jobs at a time when Wisconsin annual job growth has stagnated at less than 1 percent, or about half the national average. We rank about in the middle of the states for job growth.

The numbers would be even lower if the M7 regional and local economic development organizations were not working tirelessly to recruit new companies from outside the state and to support expansions of existing companies.

West Bend development leaders created the new industrial park with a $3 million TIF-backed investment. Milwaukee Tool bought 20 acres in the 216-acre park and has first refusal rights on another 20.

There was the usual, understandable not-in-my-backyard opposition, but then-Mayor Kraig Sadownikow and the council stuck to their shovel-ready strategy. The city’s other industrial parks were mostly filled.

At its annual meeting last week, M7 reported on its involvement with 46 project wins in the seven counties from 2015 to 2019 and 10,521 pledged jobs. Those efforts were critically important. Leadership, when fighting against a tough trend, can be just as heroic as riding the wave of an up-trend. (I’ve had the pleasure of doing both.)

Gale Klappa, one of the chairs of M7, kicked off its fourth five-year campaign, with his WE Energy Group leading the way with a $2 million pledge. Thanks for fighting the good fight.

Notably, the M7 leaders have placed their big bets on recruitment and expansions, while regions like Dane County have placed their big bets on startups and entrepreneurship. Big winners in south central Wisconsin have been Epic in health care information technology and Exact Sciences medical testing. Those two startups have created more than 12,000 jobs. They didn’t happen overnight; they happened over a couple of decades.

Fortunately for Southeastern Wisconsin, UW–Milwaukee, the Medical College of Wisconsin and Marquette, have picked up the ball on entrepreneurship, innovation and startups. We are quickly catching up with Dane County on the entrepreneurship agenda. After all, this is the center of the state’s business community, and all our great companies were once startups.

Note also that the economic developers in the M7 region continue to have manufacturing at the center of their efforts and wins. That makes sense since Wisconsin is a great state for making things. We are the second most manufacturing intensive state, with 16 percent of our population employed in producing goods, compared to 9 percent nationally. We have a world-class asset in our supply chain of vendors to support them.

But any sensible state strategy needs more diversity in its economic base. Case in point: the big job growers in West Bend are West Bend Mutual Insurance Company and Delta Defense, which sell (respectively) insurance and education to concealed gun carriers.

M7 leaders have pushed into expanding sectors like fresh water technologies, energy storage and grid management, food and beverage innovation and information technologies like financial management technology. The UWM Business School ‘s new strategy leads with innovation and data analytics. These are smart initiatives that will pay off going forward.

One sector that poses a strategic dilemma from an economic growth perspective is health care. It is a source of great job growth, but its out-of-control prices are a detriment to every other business sector and to household prosperity. Health costs are the leading cause of personal bankruptcy.

Clearly, instead of current revenue expansion strategies, health care leaders need to learn to be more cost effective. (Lean disciplines are available as a cure, but uptake has been slow.) These are non-profit hospital corporations have been conducting themselves like the most aggressive for-profit corporations.

Nonetheless, they and the education sector are our most powerful job creators. That positive trend aside, the argument can be made that Wisconsin does not need more jobs. The overall jobless rate is around all-time lows at 3.4 percent.

There can be no question that the labor scarcity has contributed to the state’s sluggish job growth. Our labor pool is not growing much. We are having fewer babies and we are not big magnet for immigrants.

How do we grow without a large pool of talent?

Yet, anyone who has been around long enough to experience the volatile ups and downs of the economy knows that we cannot take high-pay jobs for granted.

Just ten years ago Wisconsin was begging for jobs.

One thought on “Op Ed: Economic Development That Works”