Chief Morales says he didn’t leak it; mayor, council leader want investigation, find out who did. 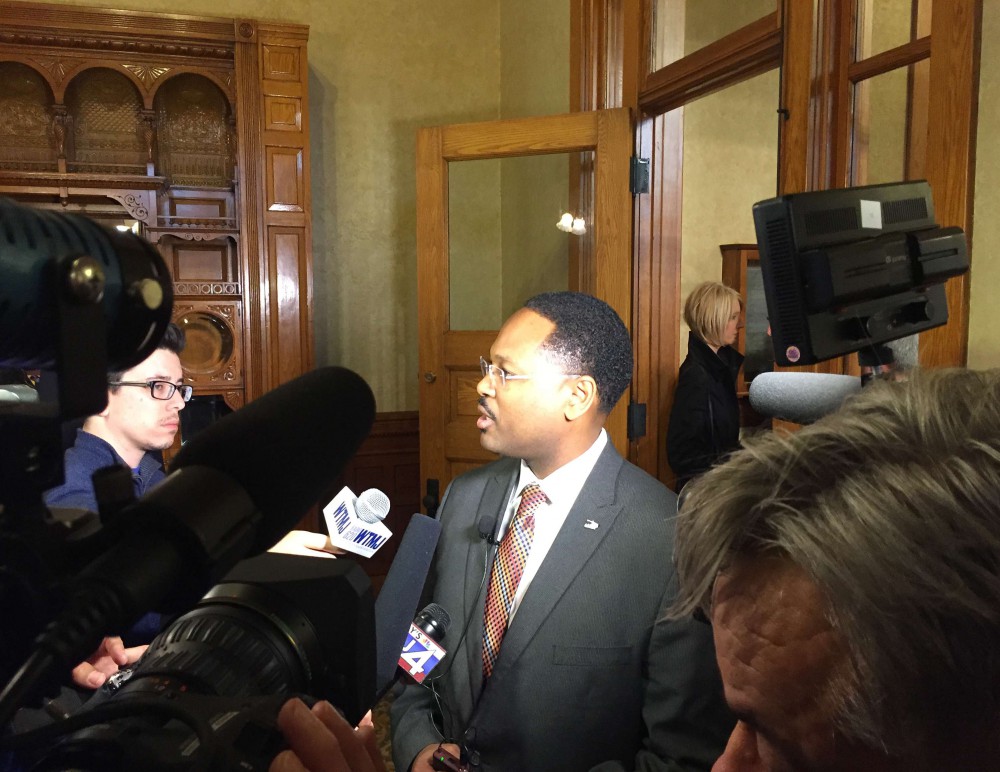 At Monday night’s listening session on the city’s South Side held by Police Chief Alfonso Morales, he was asked repeatedly about the leak of a video of a criminal investigation that embarrassed Fire & Police Commission chairman Steven M. DeVougas just before the FPC was to vote on giving Morales a four-year contract.

“‘I didn’t leak any video, and I’m looking into it,’ Morales said several times without specifically confirming whether or not an investigation was taking place,” as a story by Neighborhood News Service reported. “We’re looking into it, and we’re looking into ways to prevent leaks from happening,” he later added, as the story noted.

At this same meeting, FPC executive director Griselda Aldrete said the commission is conducting a review to determine whether a full investigation of the leaked vide should be ordered, but offered no timeline for this.

The leaked video showed police investigating Kalan Haywood for a crime he has yet to be charged for and showed DeVougas, an attorney, attending the interview on Haywood’s behalf, raising questions about a possible conflict of interest for DeVougas, This placed pressure on DeVougas, who had told the media there was “no rush to hand out a four year term” for Morales, who had been operating as an interim police chief filling out the term of former Police Chief Ed Flynn, who resigned in mid-contract.

The video was leaked to the Milwaukee Journal Sentinel, which did a story in which Morales chastised Devougas and and Police Union President Shawn Lauda called for DeVougas to resign from the FPC.

Milwaukee Common Council members have expressed concerns about the release of the video, as Urban Milwaukee has reported and nine of the 15 members called for the FPC to delay its vote on whether to approve the contract.

“We were concerned about the process and the timing of this vote,” says Council President Ashanti Hamilton. “We didn’t want the commission to have to make a decision about the contract of the chief under those sorts of circumstances.”

But the FPC went ahead and took the vote approving Morales’ contract, with DeVougas voting no.

Council members Nik Kovac, Milele A. Coggs and Bob Bauman have expressed outrage about the release of this video, which made Haywood, who hasn’t been charged with a crime, look guilty in the press. The story’s details also made clear to many the identity of the alleged sexual assault victim who has accused Haywood, which Coggs called “utterly disturbing.”

Bauman questioned whether someone in the police department leaked the video to help Morales get his new contract. “It’s borderline frightening that they can manipulate the criminal investigation process to serve their own ends,” he told Urban Milwaukee. “On its face that appears to be what this is.”

In an interview today with Urban Milwaukee, Hamilton called for the FPC to do an investigation. “I think that it’s absolutely necessary that this should be looked into by the FPC.” While DeVougas would have to recuse himself from voting on this, Aldrete told attendees at the Monday listening session that any investigation, should it be voted on, would be done by an outside party.

Hamilton also called on Morales to do an internal investigation. “I believe the police department should want to know exactly what happened. There are a lot of people who were affected by the release of that video. It’s obviously not the the department’s normal procedure.”

Indeed, the video is part of a pending criminal investigation of a prominent person in the community and involves a sensitive crime and an alleged sexual assault victim. In short, this is something the police department should have been carefully guarding, to protect the identity of both the accused and accuser. “Almost everything that was done violates how you do an investigation like this,” a knowledgeable source told Urban Milwaukee. “There has to be an audit trail of the leaked video.”

-Whether the video was released according to department rules, and if not, who released it and how will they be disciplined for violating the rules?

-Was it appropriate for the police interview of Haywood to be done at the Sojourner Family Peace Center and if not, who made the decision and what is the appropriate sanction for that violation of police department rules?

-Was it appropriate for Devougas to attend that interview and if not, what needs to be done in this situation and in the future to assure this doesn’t happen again?

The office of Chief Morales also promised a statement to Urban Milwaukee, which had not arrived by this story’s publication and will be added to this story if and when they do.

2 thoughts on “Back in the News: Barrett, Hamilton Demand Probe of Leaked Police Video”