Eataly Is Heaven for Italian Foodies 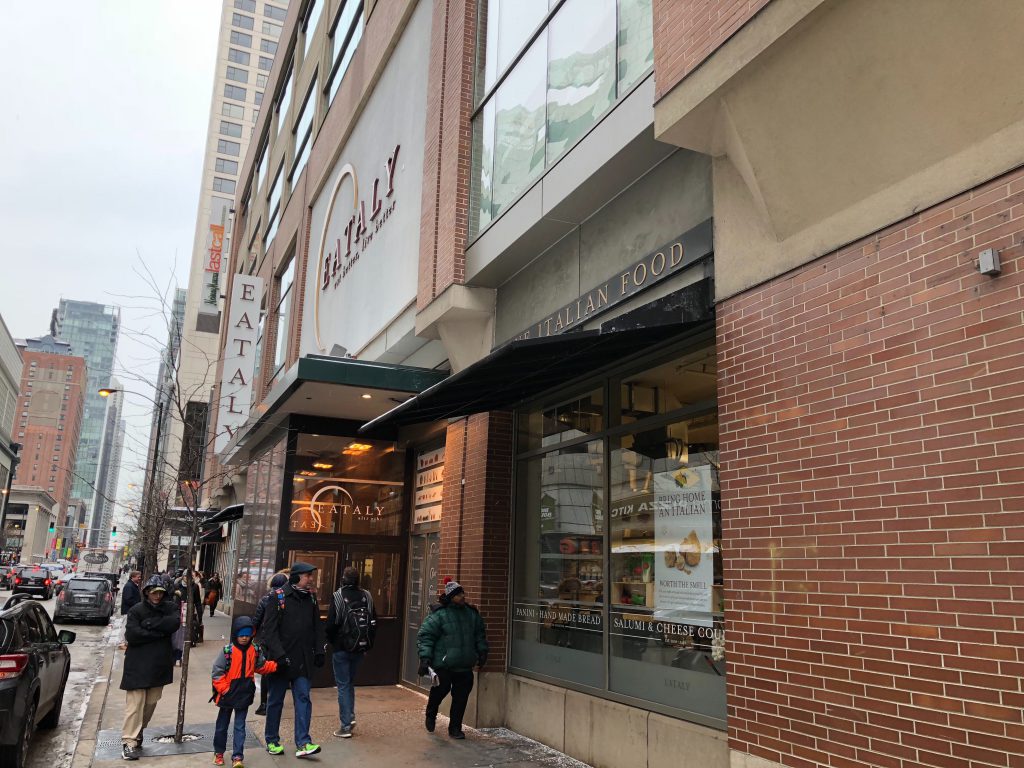 Recently friends and I made our annual trek to Eataly in Chicago, a giant marketplace that features everything Italian. We keep coming because we’re astounded by the variety, the quality and the prices of the abundant food, wine and hundreds of products, making it a food lover’s paradise.

We grumble about Illinois drivers, the traffic on the Edens Expressway, then, complain about the outrageous cost of parking, yet, we return annually for this shopping extravaganza.

We began our exploration on the ground floor where the first thing we see is an extensive display of panettone. This sweet bread, only available during the holiday season, originated in Milan in 1919. It’s uniquely Italian, made from a dough similar to sourdough. Because it has a long proofing time, panettone has a light, almost fluffy character. It also has a long shelf life and freezes well. We debated the nuances of Chocolate, Pistachio Cream, Pear and Chocolate, Orange and Chocolate, Chocolate Chip, and the one I settled on, Limoncello.

From the panettone display, we wander further on the first floor to gaze at cookies, housewares, candy, several artfully displayed gift boxes and a large display of Felidia, Lidia Bastianich’s new cookbook, full of recipes from her New York City restaurant Felidia.

Some of the gift boxes, priced from $69.90 to $179.90 included a selection of several varieties of olive oil, a collection of everything “truffle” and a basic box of pasta and red sauces.

Before we began our actually shopping, we traveled via escalator to the second floor, where we bypassed many counter restaurants serving pasta, panini, and pizza. We went directly to our favorite, La Pizza & La Pasta, a sit-down restaurant with white tablecloths. We’ve never been disappointed by the food there, starting with the bottomless supply of olive oil, the crusty bread, and the server who tactfully inquired if we preferred our pasta al dente. Spinach and Ricotta Ravioli, Pappardelle with Mushroom Ragu, and Bucatini Amatriciana, were exceptional. According to the menu, if we wished, our server would grate a white truffle supplement on to our pasta for an unnamed price.

After lunch we had 63,000 square feet to explore in this magical marketplace. We found shopping carts randomly scattered around the meat and cheese section, and started our tour at the vast selection of canned tomatoes, pesto, pasta, and sauces. From there, we traveled in a counterclockwise direction. Next, we came to a tempting array of fresh pasta which they make daily, and adjacent to the pasta, a spectacular selection of cheese, more than 400 varieties, all Italian, according to the sales associate, including a large block of Parmigiano Reggiano, available for $29.90 per pound. We figured it weighted at least 10 pounds. We also noted dozens of varieties of cured meats, or salumi, displayed close to the meat and seafood counters. When we commented on the appearance of the seafood, we learned it’s all fresh, never frozen.

Not so lovely, but available for purchase, were the dry-aged meats, set aside in their own cooling area, where we read, “Don’t be fooled by its appearance, our meat is only getting better.”

As we continued around the perimeter, we found a small brewery, a produce section where a “vegetable butcher” will cut and clean your produce, a wine shop with 1,600 labels and its own “vino-vator,” an elevator that opens directly into the wine shop, and a section the call the “Olive Tree.” When I found more than 100 kinds of olive oil and balsamic vinegar, I knew I needed help. I cornered a sales associate who suggested I might like his favorites, Villa Manodori Massimo Bottura olive oil, and Capriccio Antico balsamic.

To round out our tour of the second floor, we stopped at the bakery to sample a few of the crusty breads they bake daily in their wood-burning oven.

After we paused at the extensive wine shop, we headed back to the first floor, via the vino-vator, for something from the elegant pastry display and a cup of coffee. Note to self, “Do not be careless with your purse.” A year ago, I set my purse on the counter while I carried coffee and a plate of cookies to my table. It took just 10 seconds; I turned my back, and voila, it disappeared.

On the way to check out, we stopped at the housewares section where we found the perfect gift for that person who has everything, a metal contraption with a singular use, an egg separator, perhaps designed for cooks who prefer to keep their hands egg white-free. This unique piece of kitchen convenience costs a mere $25.00.

If you come, bring a credit card, just don’t leave it on the counter. 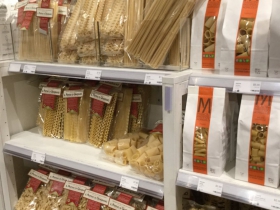 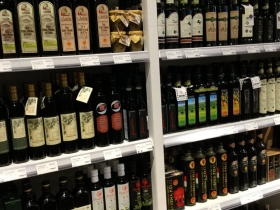 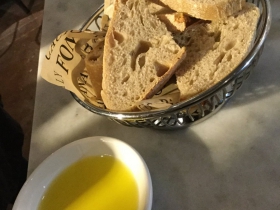 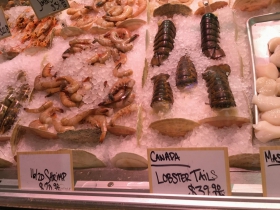 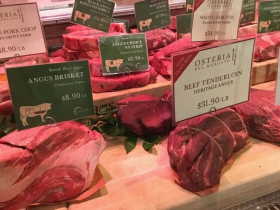 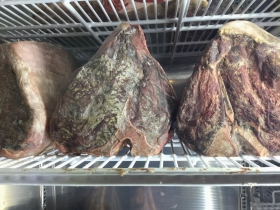