It’s All About Black Milwaukee

2020 election spotlight on one group of voters in one city. What does it all mean?

By Eugene Kane, Wisconsin Examiner - Dec 20th, 2019 01:54 pm
Get a daily rundown of the top stories on Urban Milwaukee 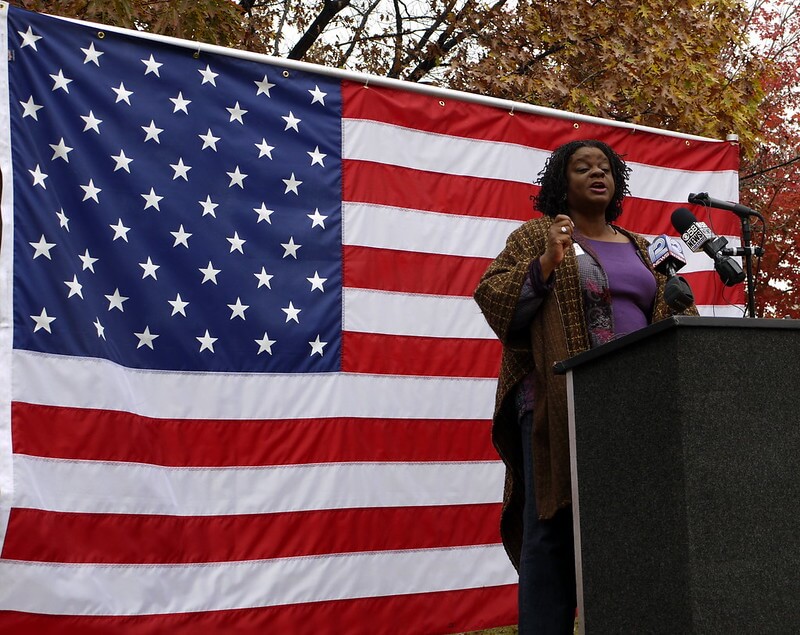 Apparently, the 2020 presidential election is all about Black Milwaukee.

The national consensus, after the 2016 election that delivered Donald Trump to the White House against most predictions of a Hillary Clinton landslide, is that the relatively low turnout in several Midwest states — including Wisconsin — caused the stunning results that turned America on its ear.

More specifically, many national publications cited the failure of African-American voters in Milwaukee as a clear indicator of Clinton’s inability to garner the necessary enthusiasm during the final months of the campaign to guarantee a Democratic victory from the party’s most consistent, if not most dependable, voting base.

Other groups could reasonably be ‘blamed’ for Trump’s victory, including the often-cited 53% of white women who voted for Trump despite his clear misogynistic qualities, including his own admission of a propensity to grab women by their private parts.

For some reason, those white women escaped culpability for electing the man who may be the nation’s most controversial and corrosive chief executive, while African-Americans were regularly identified by national publications for their failure to show up for Clinton.

In the months after Election Day in 2016, The Washington Post ran an analysis that bluntly stated that Trump’s win was partly due to the fact the many black voters in Milwaukee chose to stay home in 2016.

The New York Times took pains to point out how black voter turnout in Milwaukee declined by significant numbers compared to previous years in an article about the city’s 15th District headlined “Many in Milwaukee neighborhood didn’t vote and don’t regret it.”

Trump won Wisconsin by just 27,000 votes, which some seemed to take as proof that African-Americans lack of support for Clinton doomed Clinton’s chances, conveniently dismissing the fact that she didn’t make any appearances in Milwaukee during the closing months of 2016 to motivate reluctant voters or inject a dose of much needed urgency to the population.

As a result, it’s clear that current Democratic 2020 candidates have targeted Milwaukee for special attention this time around. U.S. Sen. Cory Booker has mentioned Milwaukee frequently in his stump speeches as an example of why Trump won the White House.

Booker cites the lack of attention Democratic candidates gave to cities like Milwaukee, Detroit and Philadelphia as possible weak links that could lead to another Trump victory.

It’s a case of Democrats realizing the impact of black voters, particularly black women. Black support wasn’t an issue in 2008 and 2012, with Barack Obama seeking the presidency. But in 2016, with Clinton as the nominee, the black turnout rate fell to 60%, the first decline in 20 years.

The  2020 Democratic field started out promising, with a diverse stable of candidates who seemed capable of drawing more than enough black voters to chose the next president.

Booker and Kamala Harris were considered the strongest African Americans in the field along with Julian Castro as a viable Latino-American choice but the latest developments have been discouraging.

Harris dropped out recently due to a lack of funding, Booker’s campaign has been faltering recently for the same financial reasons. Booker failed to meet requirements for the latest Democratic debate stage, leaving Andrew Yang as the only minority left to keep it from being an all-white debate stage.

Joe Biden has been the consistent leader in most national polls with the most popularity among black voters, something that has been attributed to his status as former vice-president to the first African-American president in history. Biden has a clear Obama coattail that has carried him to the top of the field against more progressive and younger names.

Even his history of gaffes and his ties to unpopular government policies like the crime bill haven’t managed to dull his popularity with black voters, particularly older African-Americans who seem more practical in their political choices than easily swayed by new faces or new ideas.

After three years of Trump, many black voters seem set on returning to the glory Obama years, if only by linking themselves to his hand-picked vice president.

There have been consistent voter registration drives and activist campaigns in the black community in Milwaukee during the past year driving home the message that an increased turnout is imperative to keep the city from being viewed as a national disappointment during the next presidential election. The efforts haven’t been high-profile yet; lots of local issues with crime, violence and poverty have been more paramount concerns for black residents who still see November 2020 as far off in the future.

The naming of the 2020 Democratic convention likely won’t be enough to spark much community enthusiasm; many black folks in town already recognize the convention will be more like a Super Bowl of politics that doesn’t really involve the home team — a political event mostly designed for national movers-and-shakers who will come to town to tout their own political agenda.

The key to keep Black Milwaukee from becoming a scapegoat for a possible Trump re-election is that the eventual Democratic nominee must take it upon himself or herself to reach out to all the Midwestern states that represented about a 77,000 vote winning margin to feel the sense of urgency.

It can’t be about pointing fingers at African-Americans in Milwaukee any more than it can be about pointing fingers at suburban white women in Philadelphia or Detroit. The election for president will be about convincing all Americans who regularly vote in any national election – just about half of the population in any case – that the stakes are high enough for motivation regardless of political affiliation.

No one single group can take all of the blame if things don’t turn out the way some people want.

No single group should take all the credit, either.

The results of the 2020 election will have consequences, just as always.

One thought on “Op Ed: It’s All About Black Milwaukee”