By Isiah Holmes, Wisconsin Examiner - Dec 11th, 2019 12:58 pm
Get a daily rundown of the top stories on Urban Milwaukee 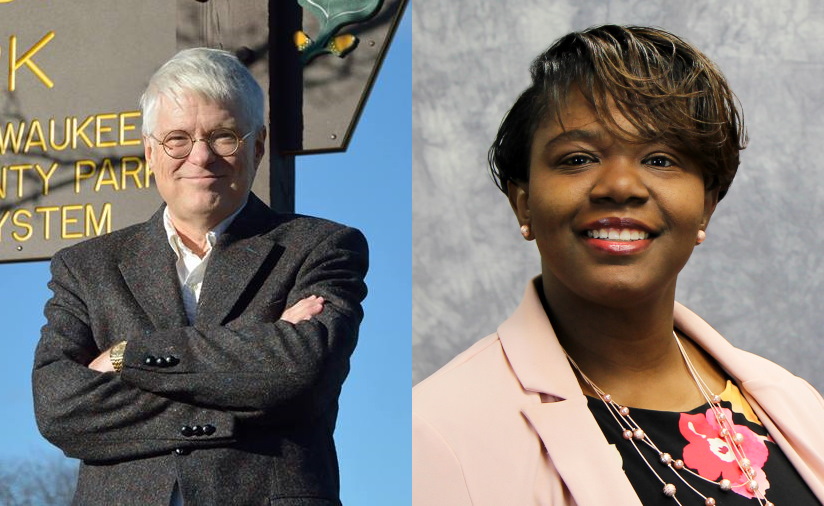 Milwaukee County supervisors Steve Shea (Dist. 8) and Sequanna Taylor (Dist. 2) are urging the city’s local warming centers to open once temperatures hit 32 degrees. As the winter continues and hard weather comes and goes, they encourage residents and community members to observe and respect the needs of people caught in the cycle of homelessness.

“It’s good to see that warming rooms were open during the recent cold snap, but we are not doing enough to protect the public,” said Taylor. “We must ensure public safety during cold weather. Individuals experiencing homelessness should be treated like human beings. Milwaukee County should continue to partner with the City of Milwaukee and community organizations to ensure all people have a safe, warm place to sleep at night. Those who want to help should consider donating coffee, tea, snacks, blankets and cots.”

Shea and Taylor co-sponsored a resolution in April, which would implement a “Code Blue Emergency Policy,” which would standardize the practice of opening shelters once temperatures drop below freezing.

Shea says that addressing the issue might go beyond simply creating more shelter space. “Yes, we do need more homeless shelters,” he told Wisconsin Examiner, “but a lot of homeless people won’t go into shelters. Either because they’ve had bad experiences with them in the past, or they just don’t want to go into them.”

The city came face to face with it’s homeless issue after a large tent community drew attention during the summer. The area has since been cleared. City housing officials found some form of shelter for many of the people who lived there.

The city and county’s capacity to provide services and care to the homeless are limited by funding. “We are being starved to death by the [state] government in Madison by the shared revenue,” explained Shea. “We give more and more precious money to Madison, and we don’t get it back in our fair share.” It’s not lost on Shea that other regions of Wisconsin have also been hit by funding cuts. He says the difference is that the Cream City has become an object of political punishment by representatives in the Capitol.

“This is a particularly difficult problem for us,” says Shea, “and we’ve got a government in Madison that doesn’t like Milwaukee. We’re paying the price for it. The homeless are just a symptom of this much larger problem.”