Governor calls for sweeping changes in how sexual assault and harassment is reported, investigated.

By Melanie Conklin, Wisconsin Examiner - Dec 10th, 2019 01:16 pm
Get a daily rundown of the top stories on Urban Milwaukee 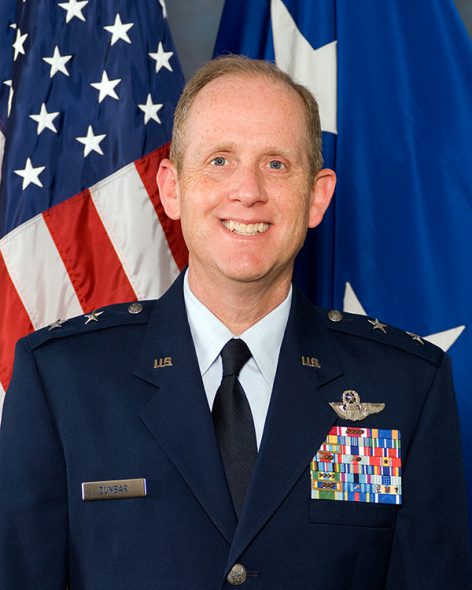 Donald P. Dunbar. Photo is in the Public Domain.

The way sexual assault allegations, and those who reported them, were handled at the Wisconsin National Guard reached all the way to the top of the organization today when its leader, Adjutant General Donald Dunbar resigned at the request of Gov. Tony Evers.

Evers signed Executive Order #62, calling for sweeping changes in how sexual assault and sexual harassment is reported and investigated, as well as establishing related accountability measures. The changes ordered by Evers are those recommended in a federal report done by the National Guard Bureau’s Office of Complex Investigations (OCI), which was requested by Evers and by U.S. Sen. Tammy Baldwin.

Baldwin responded in support of Evers’ executive order and calling for “true justice for the survivors of sexual assault” and that accountability for those who committed the crimes.

“I have a tremendous amount of respect for the service and sacrifice of our Wisconsin National Guard service members and I have worked for over a year to do right by courageous whistleblowers and brave survivors of sexual assault who came forward and contacted my office,” said Baldwin in a release responding to the investigation.

“Our Wisconsin National Guard service members deserve leadership of unmatched integrity and a work environment free of sexual assault, harassment and the fear of retaliation. This National Guard Bureau report makes clear they have received neither. The failure of leadership, wrongdoing, and lack of accountability that has been uncovered demands change at the Wisconsin National Guard, including new leadership and implementing all of the report’s recommendations on how best to prevent sexual assault and harassment, and confront it with accountability when it occurs.”

Dunbar agreed to resign at the end of the month, and he will be replaced, following protocol by Brigadier General Gary Ebben as a permanent replacement is sought. Evers made it clear other drastic changes must occur to remedy the situation, releasing 21 recommendations on how to “correct the failings.” Several of the key pieces of Evers’ plan of action are included below.

Redactions were made by the National Guard Bureau to protect the identity of survivors and whistleblowers, as well and other guard personnel, but the report, which Evers and Baldwin requested in March, is here and appendices to the report here.

Attorney General Josh Kaul said his department will work with Evers on additional actions that are appropriate given the OCI report.

“Sexual assault is a violent crime that must always be taken seriously. … No survivor of sexual assault should be denied justice because of an outdated and insufficient system.”

Due to concerns about safety and retaliation, the report contains redactions made by the National Guard Bureau to protect the identity of survivors, whistleblowers, and other Guard personnel.

Sources for further reporting and for help needed as this story — which could be traumatizing for survivors unfolds — include:

Executive Order #62, signed Dec. 9 by Evers, does the following according to his office: