By Corri Hess, Wisconsin Public Radio - Nov 6th, 2019 06:47 pm
Get a daily rundown of the top stories on Urban Milwaukee 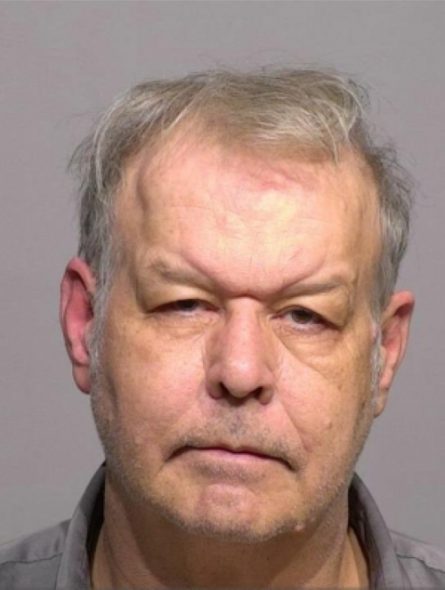 Clifton A. Blackwell. Photo courtesy of the Milwaukee County Jail.

A 61-year-old Milwaukee man accused of throwing acid in another man’s face after calling him “illegal” has been charged with first-degree reckless injury, as a hate crime.

Clifton A. Blackwell could serve up to 25 years in prison if he is found guilty of causing reckless bodily harm and showing “utter disregard” for human life after Friday’s acid attack on a Hispanic man outside a restaurant on the city’s south side.

The sentence could be increased by up to five years because of the dangerous weapon enhancement and another five years for the hate crime enhancement. In total, Blackwell could be facing 35 years in prison.

Mahud Villalaz suffered second-degree burns to the left side of his face after he said he was confronted outside of Taqueria La Sierrita, 2689 S. 13th St, Friday night by Blackwell, who accused him of being in the country illegally.

According to the criminal complaint, Villalaz parked outside of the restaurant and was told by Blackwell he was parked too close to the bus stop.

Villalaz, 42, told police Blackwell said, “Why did you invade my country?” and “Why don’t you respect my laws,” according to the complaint.

Villalaz moved his truck. When he got back out of his truck, Blackwell reportedly engaged Villalaz again, yelling racial slurs, according to the complaint.

The two men began arguing and Blackwell threw a mixture of different acids and cleaning solutions in his face, according to the complaint.

The case has gotten national attention.

On Monday, Milwaukee Mayor Tom Barrett, a Democrat, said President Donald Trump’s anti-immigration rhetoric is partly to blame for what happened to Villalaz.

“This anger towards people of other countries is being fed by our president and by his followers,” Barrett said. “And what we saw over the weekend is a manifestation of that anger.”

The following day, the White House responded with this statement from Deputy Press Secretary Judd Deere: “This Administration has repeatedly condemned racism, bigotry, and violence of all forms, and President Trump’s policies have reduced violent crime and made communities safer. The only person responsible for this heinous act is the person who committed it, and it’s disgusting the Mayor of Milwaukee would rather point the finger at the President of the United States for political reasons instead responsibly confronting the violence in his own community.”

Blackwell is being held at the Milwaukee County Jail on $10,000 bond, according to online jail records.