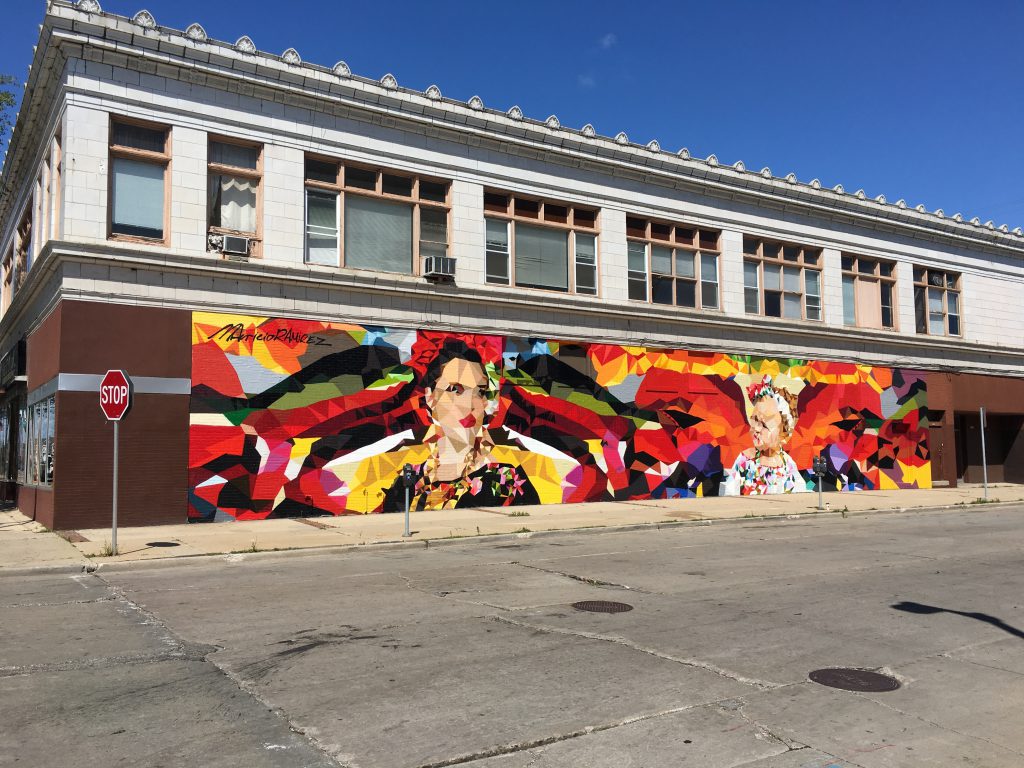 The ordinance requires that exterior alterations to any locally historically-designated properties comply with building or district preservation guidelines and be approved by the Historic Preservation Commission. That includes painting a previously unpainted building.

Mauricio Ramirez, the artist behind many of the city’s new murals, painted a mural on the S. 12th St. facade of a two-story, historically-designated building at 1202 W. Historic Mitchell St. and retroactively applied for Historic Preservation Commission approval after the area’s business improvement district director reported the unapproved change. Entitled “Growth,” the mural was completed in late July.

The building, which has been hit with graffiti 15 times since 2013 according to city records, was previously painted on its 12th Street facade.

“We would like to paint out that there is a difference between painting a building and paint as a medium of artistic expression. Painting is a general maintenance issue. We still feel that painting of a mural on the facade of a historic building constitutes an alteration,” said commission staff member Tim Askin when Ramirez’s mural was reviewed Monday afternoon. “Historic buildings are works of art unto themselves and are not intended as a canvas for unrelated artistic expressions.” Askin said the design pattern of the brickwork was still visible through the paint.

“The design is irrelevant to our discussion, it is simply a matter of policy and the ordinances,” said Askin.

The ordinance, however, is silent on murals. Askin and his colleague Carlen Hatala suggested in early October, when the mural was first reviewed, that a host of guidelines could be adopted including painting the art on removable materials and ensuring it is of the right scale.

“I think we need to hold a bigger discussion on these type of issues,” said Alderman Robert Bauman.

The alderman’s position has moved substantially since the commission first reviewed the matter.

“If they’re allowed to paint the wall with one kind of paint, what’s the difference if they paint a mural?” asked Bauman in October. “I don’t know if I see the difference. Paint is paint.”

On Monday, after Askin outlined the staff’s perspective on the differences and impact, Bauman reversed his position. “A mural is more than just painting,” said the alderman and commission member.

Referencing the recently painted Milwaukee News and Milwaukee Abstract Association buildings on E. Mason St., Bauman concluded: “if they were to suddenly paint the facade of the building with a mural it would fundamentally change the building.” Hatala said those buildings were only allowed to be painted because they were painted prior to the buildings being historically designated.

Commissioner Patti Keating Kahn, who had agreed with Bauman at the earlier meeting, moved to hold the matter. “I move to table the discussion until we have guidelines for murals in historic districts,” said Keating Kahn. Commissioner Matt Jarosz successfully offered a friendly amendment to require the commission to revisit the issue in six months. The commission unanimously agreed to the hold.

Meanwhile, Ramirez’s mural doesn’t appear to be going anywhere. “It’s there. It’s not going to be removed. No one is ordering it be removed,” said Bauman.

Alderman Jose G. Perez, who represents the area where Ramirez’s mural was painted, promised in October to introduce the legislation to the Common Council. The historic preservation ordinance was last overhauled in 2012.

Despite Askin’s warning at the start of the debate to avoid discussion of the artistic merit of Ramirez’s mural, multiple commissioners couldn’t stop themselves from praising the mural or the artist’s other work.

“You did the most recent mural on Wisconsin and it’s just fabulous,” said Keating Kahn with agreement from Bauman. Ramirez and Milwaukee Downtown, of which Keating Kahn sits on the board, unveiled a new mural on the side of the Community Advocates building in Westown last month.

“Thank you for your beautiful art work and for taking the time to come here again today,” added commission chair Marion Clendenen-Acosta. 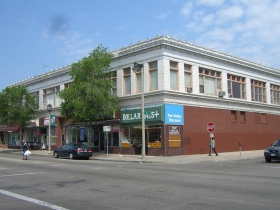 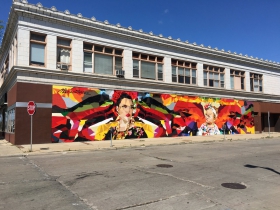 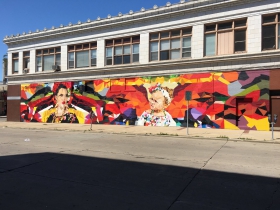