Sugar Maple Was Once A Bank

And a post office! Now it's a beer lover's paradise, with more than 60 rotating taps. 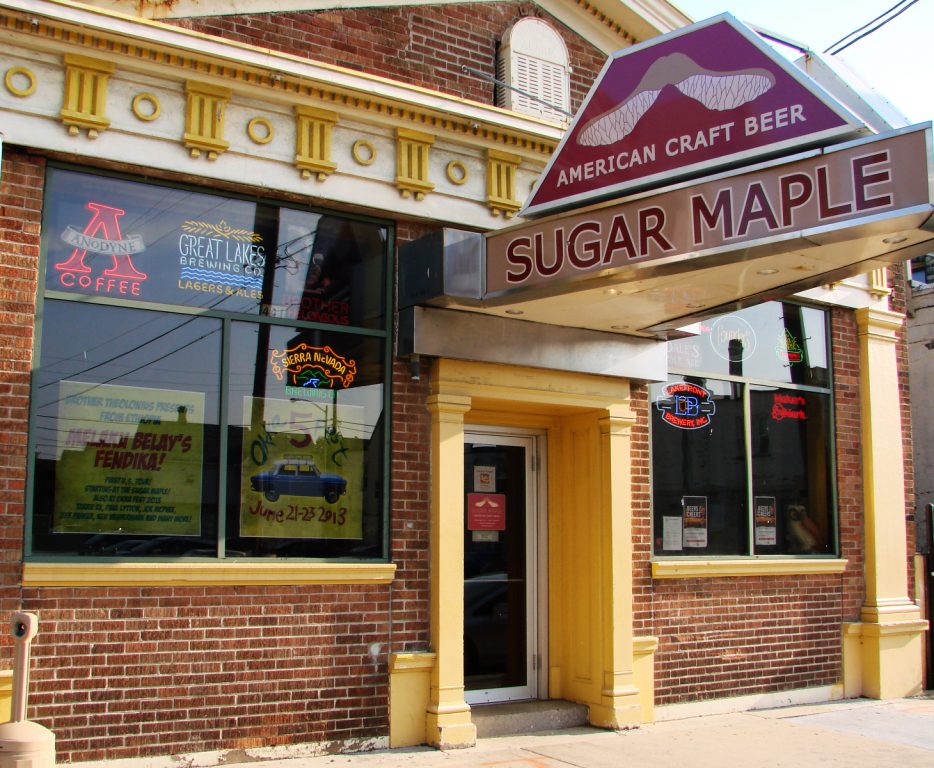 Sugar Maple, a bar at 441 E. Lincoln Ave., is a large establishment of 3,525 square feet, located since April, 2008 just steps east of S. Kinnickinnic Ave. in the heart of what is optimistically called “Downtown Bay View.” The room’s size and 14-foot ceilings create an airy space, with plenty of wall area for large-scale art, which abounds. Those who prefer a decor of beer and professional sports will be disappointed. Nor will either category be available to view on television, since there is no such machine here. So, let’s talk, shall we?

The minimalism of the bar is relieved on the vertical surfaces by the artwork, which is better lit than the room as a whole. The horizontal surfaces, and working areas like the cooler doors, are of wood, giving a warm glow to the space. The species Acer saccharum provides not only the name for the establishment, but a material for much of the woodcraft found within. Of particular note is the bar, which swoops along the north wall of the tavern. It creates a kind of fine-restaurant ambience, where tavern-goers might be dining (except there is no kitchen here) or sitting at a sophisticated wine bar, except that, as the 60 tap lines demonstrate, this is a beer bar, with one of the largest (and best-moving) draft beer selections in town.

On August 19, 1918, Dr. C. W. Graham took out a permit for a $12,000 brick office building of 30-feet wide by 90-feet deep and 15-feet tall for an “Office Building” described as a “Post Office Building” in the files. The structure was completed by November that year.

Doc Graham was a prominent physician, with an office at what is now 2329 S. Kinnickinnic Ave., immediately to the north of what is now the Tonic Tavern. Back in the late 1890s, he encountered five cases of Diphtheria in a single family in the neighborhood. He cured them, and later authored a testimonial, saying, “I can heartily recommend the Antidiphtheritic Serum of Parke, Davis & Co.” At the time the building was constructed, Graham was also president of the Citizens’ Mutual Loan & Building Association, giving us a foretaste of what was to become of his building.

By 1939 the building’s owner was the St. Francis State Bank and the tenant was the Bay View State Bank. The building was assessed for $13,500. In 1952 the bank put a 20-foot by 30-foot addition to the rear of the building, and in 1961 raised projecting signs above reading “BANK Bay View State.” In 1966 a frame house to the south, owned by the bank since the Graham era, was demolished, and holes were cut in the wall of the bank to serve as drive-through windows, now filled with glass block, and to be seen today behind the bar.

In the late 1970s the bank relocated (it was eventually merged into the M&I Bank, now BMO Harris, in 1987). In 1978, the site, then vacant, became the outpost of the Louis Allis Company Credit Union, which bought it for $55,000. (The city assessed it for more than $90,000, drawing a successful challenge from the Allis lawyers, Michael Best & Friedrich.) In November, 1979, the credit union pumped oil from a 1,000-gallon underground tank, and filled the tank with mud. In August, 1980, a permit was granted to “Revamp (modernize) existing office. New suspended ceiling, toilet facilities for the handicapped and etc.”

From Cathedral of Commerce to Temple

In September, 1999, Satwant Singh Kaleka, who founded Milwaukee’s Sikh congregation in October, 1997, received permission from the Board of Zoning Appeals to purchase and operate the building as a temple for congregants in his faith for a period of 10 years.  His initial request had been denied by the building inspector. The congregation, with 500 members, rapidly outgrew the space and moved to a new temple building in Oak Creek in 2007. The founder, along with six others (including the perpetrator) were killed in a hate-based mass shooting there in August, 2012.

From Temple to Tavern

In April 2007, the current owner purchased the property for $272,000, and put in an estimated $73,000 to $75,ooo in improvements. The Sugar Maple then occupied the space, and has been there since April, 2008, enlivening the Bay View neighborhood, and keeping the beer distributors quite busy with its huge selection of brews.

The Sugar Maple has a rotating selection of 60 Tap Beers. The Beer Menu is updated daily. Notable Milwaukee-brewed offerings include: 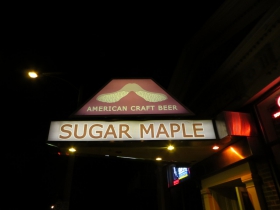 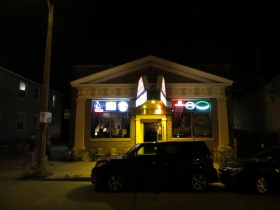 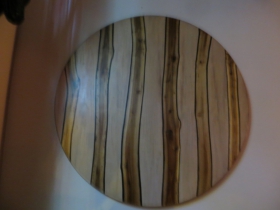 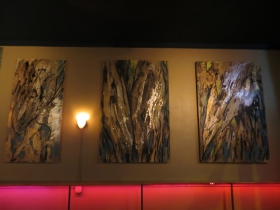 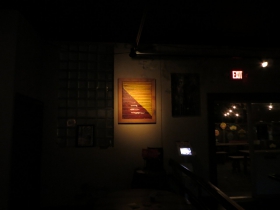 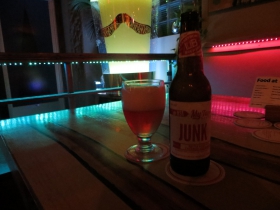