Rick Graber talks “on the issues” with Mike Gousha. 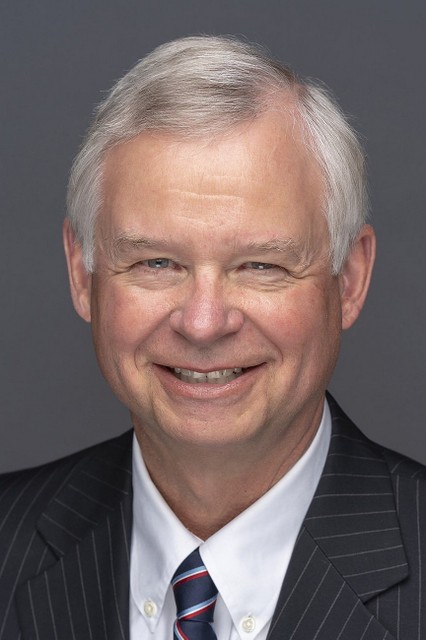 Throughout its existence, Milwaukee-based, conservative-leaning charitable organization the Bradley Foundation has granted $35 million to $45 million annually to a range of causes and organizations in the city and beyond.

Rick Graber, the foundation’s president and CEO, discussed some of the recipients and his political philosophy Thursday as he sat down with journalist Mike Gousha. Graber was a guest for Gousha’s most recent installment of “On the Issues” at Marquette University.

As its list of grant recipients reveals, the Bradley Foundation has given to disparate causes thus far this year.

The Milwaukee Film Festival, which is currently underway, received $75,000 in funding, for example, in the foundation’s most recent fiscal quarter. Other recipients include the John K. MacIver Institute for Public Policy, which received $150,000.

But one group of recipients — the choice and charter schools the foundation frequently has supported — peppered the conversation. Gousha asked Graber about the practice, and several audience members also weighed in during a brief question-and-answer session at the end of the hour-long program.

“The more choice that parents have, the better for the kids,” Graber said of the foundation’s stance. “It’s a tough issue. I think, too often, the kids aren’t coming first in this kind of equation.”

When asked why the foundation historically has not donated to public schools, Graber prefaced his remarks by stating he believes in public education. But Graber also said public schools should compete with those that are private.

“You can’t do everything. We have limited resources,” Graber said. “When you wind up doing everything, you do nothing.”

An audience member also asked Graber if he or others within the foundation visit the choice and charter schools receiving donated dollars.

“All the time, personally,” Grader said, in response. “Virtually all of the schools the Bradley Foundation funds.”

Gousha pointed to the range of organizations and initiatives that have received funding from the foundation, which has been described as the philanthropic legacy of brothers Lynde and Harry Bradley.

Many of the recipients are arts and culture groups, but others in the mix include groups promoting the free market ideology that is in concert with the foundation’s philosophy.

Regardless of the recipient, Graber said there typically is a common thread between each entity.

“We’re looking for organizations that are loyal to our Constitution,” Graber said. “It’s our job to do what the Bradley brothers would have done.”

Because the foundation has a conservative bent, it has, at times, been a lightning rod for the groups it does and does not support.

Graber pointed out phrases such as “dark money” have been used to describe the causes it supports in critiques of its practices.

“But I don’t think it’s fair,” Graber said of such assertions. “We are very transparent in who we give our money to. There are no secrets.”

Gousha also asked Graber about the state of today’s polarized political arena. More than ever, Graber said he believed it is important to fund organizations committed to enriching society.

“Washington, (D.C.), whatever side you’re on, is kind of a mess,” Graber said. “It’s not government that’s solving the problems we have. It’s these unsung heroes.”

Graber also offered his view of government and where it stands in today’s environment.

“I think there’s a role for government — a limited role,” he said. “But I don’t think government has been a very big fixer for poverty and other issues facing this country.”