Report finds highest percent ever of women in boardrooms, but state still trails the nation. 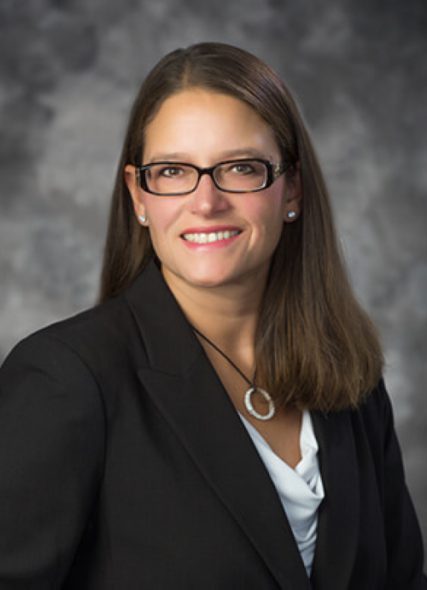 It was back in 2003 that Milwaukee Women Inc. starting tracking the number of women serving on the boards or in executive positions at the state’s top 50 public corporations. Back in 2003 just nine percent of all such positions were held by women and by 2011 that had risen to 14.4 percent – a net increase of 22 seats, as Urban Milwaukee reported.

The group’s 2011 report noted that companies in recent years had had a “relatively high number of opportunities to transform the composition of corporate boards,” but year after year, as new board positions open up, 70 to 90 percent of all newly elected directors were men. “Unless and until companies take concerted action to reach out and seriously consider qualified women for these positions, there is unlikely to be any real change in board composition for decades to come,” the study warned.

That warning didn’t seem to have much impact as the percent of women in board rooms barely budged from 2011 to 2015, but in the last four years the numbers have suddenly begun to jump, as the group’s latest report, released this week, documents. The report found the percentage of women on the boards of Wisconsin’s Top 50 public companies increased to 20.8 percent, up from 18.9 percent in 2018 and about 15 percent in 2015. Even better, the percentage of women executives at Wisconsin’s Top 50 public companies increased to 21.1 percent from 18.9 percent in 2018.

Lindsay Hammerer, partner at KPMG and chair of Milwaukee Women Inc, hailed the good news, noting that these are the best results the group has ever seen. “We are building momentum,” she tells Urban Milwaukee, “and we officially surpassed our goal of reaching 20 percent by 2020. We’re now looking to reach 25 percent representation on boards of directors by 2025.”

While Hammerer declines to name names, she says there has been a notable increase in male leaders of companies pushing for inclusiveness. “Every year there are more and more male leaders that embrace the gender diversity value proposition which is great news for all of us. The most impactful leaders tend to be those that are very vocal about the benefits.”

That research has been challenged by others. As a story in the Washington Post reported, “results from social science research are mixed, according to meta-analysis studies that review other research. One study found that the link between gender-diverse boards and financial performance ‘is inconclusive overall, with different studies finding positive, negative or no effects,’ though more diversity was shown to be linked to more corporate social responsibility and ethical behavior.”

Still the idea behind “the power of three” women on a corporate board has become a slogan of Milwaukee Women Inc. and seems to be catching on. The new study notes that among the state’s top 50 companies, 34 percent now have three or more women executives, a 13 percent increase from 2018.

Why? Hammerer notes that companies on the coasts tend to be leaders in inclusiveness, while the Midwest trails a bit behind. There’s also the fact that Wisconsin tends to be heavy on manufacturing companies, who may still have stereotyped views of women as a better fit for other sectors of the economy.

Indeed, the new report notes that 100 percent of the 18 not-for-profit institutions of higher education in Wisconsin have 3 or more women directors, as do 92 percent of the state’s 13 health care organizations, which are typically non-profits though they increasingly operate like for-profit corporations.

The push toward gender diversity on corporate boards seems to be gathering ever more momentum. “A new California law requires that, by the end of 2021, at least three women sit on the boards of state-based publicly traded companies with six or more directors,” a story in Reuters notes. “At least four other states have passed or are considering similar measures on gender, but not race, according to the National Conference of State Legislatures.”

California state Sen. Hannah-Beth Jackson, a Santa Barbara County Democrat who authored that state’s law, said it was aimed at breaking into “the man cave of the CEO suite.”

Yet there are still some man-caves left in Wisconsin. Remarkably, three of the state’s top 50 companies have not one women executive or board member, the report found: Milwaukee companies Jason Industries Inc., and REV Group, Inc. (run by former Bucyrus International CEO Tim Sullivan) and Marten Transport, LTD, based in Mondavi.

The five most inclusive companies in the state are Lands End in Dodgeville (44 percent of all board and executive positions held by women), Alliant Energy in Madison (42 percent of all positions), metro Milwaukee companies Manpower Group Inc (42 percent) and Bank First (40 percent) and Johnson Outdoors Inc. in Racine (36 percent). Those are stunning figures, and dramatic proof that the world is rapidly changing inside America’s board rooms.