You might argue that MGIC was started as a kind of retort to bigotry. It was founded by attorney Max Karl in 1957, at a time when Jews were typically excluded from the boardrooms and top corporate law offices of America. So Karl raised $250,000 from friends and supportive investors and started his own company, Mortgage Guaranty Insurance Corporation, whose success would make him a multi-millionaire and whose resulting clout helped open doors for Jews in Milwaukee’s power structure.

So it is more than a little ironic to see the company he founded has the worst record in the state when it comes to promoting women in the executive suite. Among the top 50 companies in Wisconsin, seven companies have no women serving as executives or on the board of directors, including MGIC. But MGIC has the biggest board, with 11 members, and thus the most opportunity to appoint women.

This information comes from the latest study by Milwaukee Women inc, which has been tracking women in the boardroom since 2003. During that time, the study found, the percent of women directors in Wisconsin’s Top 50 companies increased from 9 percent to 14.4 percent – a net increase of 22 seats. “Of particular note over the past ten years,” the study reported, “is the number of companies that have two or more women Directors. In 2003, there were only five of them; today, there are 16 – representing 32% of the companies.”

Still, the progress is pretty slow, and there’s little sign this will change. The group’s 2011 report noted that companies in recent years have had a “relatively high number of opportunities to transform the composition of corporate boards,” but year after year, as new board positions open up, 70 to 90 percent of all newly elected directors are men. “Unless and until companies take concerted action to reach out and seriously consider qualified women for these positions, there is unlikely to be any real change in board composition for decades to come,” the study warned.

Often, for every step forward, the company takes one back. MGIC, for instance, had one female director in its history: Mary K. Bush, who served from 1991 to 2008. But she was replaced by a man.

“We have found that we have greater success in affecting change when we work with companies who already have one woman director on their board,” says Mary Ellen Stanek, steering committee member for Milwaukee Women inc. “This will be a key part of our strategy in growing the number.”

In short, if you have one woman member on the board, she can advocate for others. Stanek seems to have been quite a force in that regard. She serves on the board of Journal Communications, where three of eight board members are women, Wisconsin Energy Corporation (three of nine) and Northwestern Mutual Insurance (three of 21).

That story focused on the leadership of Dennis Kuester, CEO of what was then M & I Bank. In just three years, from 2002 to 2005, Kuester increased the number of female senior managers at the company by 88 percent, and added several women to the company’s board of directors. M & I has since been purchased by the Canadian-based company, BMO Financial Group, but it also appears to be forward-thinking on this issue: BMO’s 13-person board of directors includes five women, a percentage (38%) higher than 48 of the top 50 Wisconsin companies.

The story also pointed to Greater Milwaukee Committee executive director Julia Taylor for her work adding more women board members to the GMC. However, even as the GMC board has become more diversified, it’s power seems to have declined (though that had been happening even before Taylor was hired).

The real old boys club has been the Metropolitan Milwaukee Association of Commerce, whose huge board was 96 percent male in 2006. It’s much different today: about 15 percent, or 11 of its 75 members are now women, and they are all executives with corporations, top legal firms or major health care systems.

Milwaukee Women inc. is part of a national association that tracks advancement in many states and metro areas. Wisconsin’s record looks slightly better than average: worse than in Minnesota or the New York metro area, but considerably better than in states like Texas, Florida or Kansas/Missouri.

The excuses for not having women in the executive suite are getting increasingly threadbare. The supply is certainly there: Women now get 51 percent of the nation’s PhDs, 60 percent of masters degrees and 67 percent of college degrees; they are 51 percent of business school applicants and were more than 70 percent of 2012 Valedictorians. They hold 51 percent of all management/administrative/professional positions. The supply of talent seems large, but there doesn’t seem to be enough demand by company leaders to promote women board members.

The impact on companies who make such promotions seems quite positive. A Wall Street Journal article noted that profits at Fortune 500 firms that most aggressively promoted women have been shown to be 34 percent higher than industry medians. And the stock value of European firms with the highest proportion of women in power rose 64 percent over two years, compared with an average of 47% for all businesses, according to a McKinsey & Company study. (Interestingly, Fortune 500 companies have a higher percentage of women executives on their boards than smaller companies in America.) 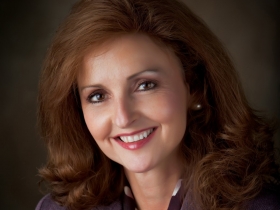 Milwaukee Women inc. has set a goal for public companies to reach 25 percent women directors by 2014, and works with Northwestern University’s Kellogg School of Management and the GMC to refer qualified women for open board slots. Phyllis King, chairwoman of Milwaukee Women inc’s research committee and associate vice chancellor for academic affairs at UW-Milwaukee, says the group intends to be proactive with businesses on this issue.

The key, she says, is to raise their awareness of how gender diversity can strengthen these companies. “A more diverse board improves financial performance, leverages leadership talent, reflects the marketplace and builds reputation. Board diversity leads to better problem-solving and increased creativity,” she adds, “and has been shown to positively affect innovation. I could go on and on with evidence from research reports.”

Companies with No Women Directors or Executives

Companies with No Women Directors