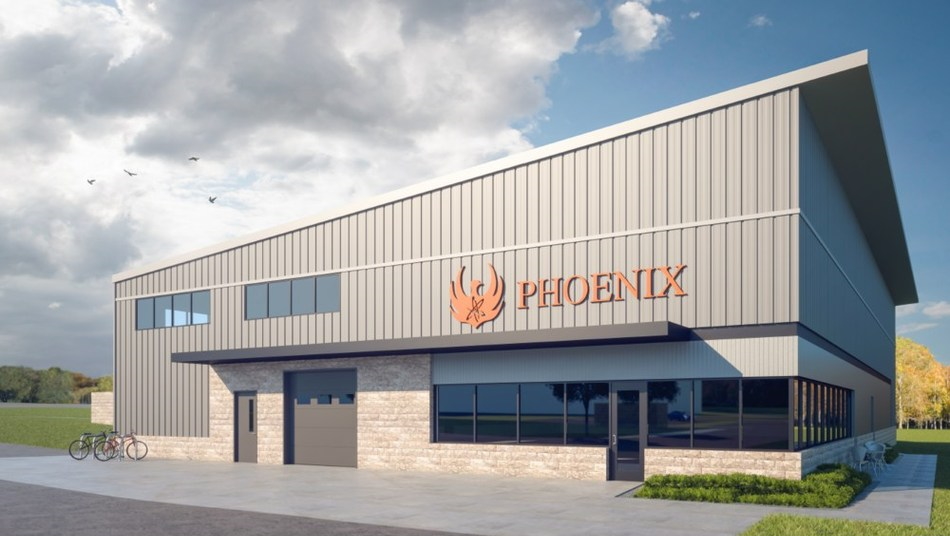 The term “neutron economy” is coming alive in Fitchburg, Wisconsin, proving that big-time innovation and ventures are happening in fly-over country.

The excitement level was about as high as it gets in business at the grand opening of the Phoenix Neutron Imaging Center (PNIC) Friday. CEO Ross Radel, who grew up on a farm in Wisconsin, and his longtime partner, Evan Sengbusch, led the celebration of the launch of PNIC, a business unit under the umbrella of its parent, Phoenix, which uses neutron generation as its core technology across its business lines.

Both men hold PhDs in physics and MBAs from UW–Madison.

The head of the physics department, Paul Wilson, was among the most enthusiastic celebrants. “We have created a neutron economy,” he said. “We have a real opportunity here.” He cited a high demand for neutrons as linear accelerators age and fade as a source.

His department and Phoenix have just entered into a development alliance.

PNIC will use neutron imaging, along with X-rays and tomography, to inspect a wide variety of parts brought to the new 10,000-square-foot facility, including:

Unlike X-ray inspection for quality control, neutron imaging can penetrate thick walls. The neutrons move through thick steel and create an image that shows defects in products like artillery shells and fuel rods for nuclear reactors.

Phoenix also builds the inspection machines to inspect those objects on site – at nuclear power plants and munitions depots.

Failures due to defects in those products can be catastrophic.

It became clear at the event that PNIC is just a start. Construction will start soon on a 50,000-square-foot headquarters and manufacturing facility next door on its new campus.

The scientists at Phoenix use high voltages to tame nuclear fusion inside a small chamber. When particles are forced to combine, it produces a stream of neutrons that can be directed through objects. That’s a big deal.

As with many startups, there are almost too many paths to the market place. For example, there are untapped medical and semiconductor opportunities.

A pillar for the new company is its seminal relationship with Janesville’s SHINE Medical Technologies, which will be using neutrons to bust molybdenum molecules and yield “Moly 99,” an isotope used in medical imaging that is in short supply. Phoenix will make the multiple neutron generators for SHINE. That business will propel Phoenix in 2020 and 2021.

As with many high-risk R&D projects that private business can’t afford, the federal government has provided much of the necessary initial funding, including a small business research grant back in 2007.

Wisconsin’s congressional delegation generally has done an unimpressive job of bringing home federal dollars; we rank near the bottom of the states for return of our tax money. With some help from U.S. Sen. Tammy Baldwin and Rep. Mark Pocan, Phoenix is showing that we can do better. Oshkosh Corp. (military vehicles) and Marinette Marine (littoral ships) are other positive examples.

The U.S. Army has provided Phoenix with the more than $20 million in funding for radiography development and for a project called Nemesis, which mounts a neutron imaging system on Army vehicles to enable detection of IEDS.

What a blessing that will be for the troops in combat! It is being tested on dummy devices in Fitchburg and can’t be deployed fast enough.

Phoenix is already running at annual revenue rate of more than $20 million for 2019, and that’s just at the outset of creating a “neutron economy” as a cluster in the larger Wisconsin economy.

It has also been heartening to see venture investors step up to get Phoenix, a big leagues deal, going here in the Heartland. Radel and Sengbusch have raised some $30 million in the private sector. (Disclosure: my angel venture fund is an investor in Phoenix.)

The image of Wisconsin primarily as a cheese, beer and bratwurst is disappearing fast.