Up From the Hillside Projects

Sheriff Earnell Lucas is on a mission to serve the people.

By Eugene Kane, Wisconsin Examiner - Oct 15th, 2019 12:23 pm
Get a daily rundown of the top stories on Urban Milwaukee 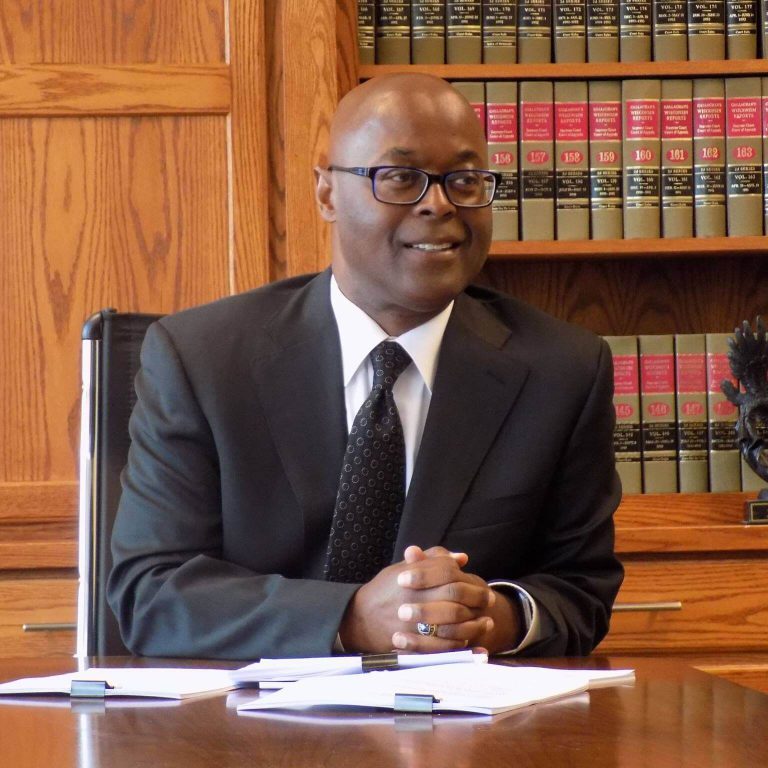 Earnell Lucas has been Milwaukee County sheriff for less than a year but he celebrated an anniversary recently. Lucas recognized his 44th year in a professional law enforcement career that began when he was a Milwaukee Police Department officer, later a police captain and then a professional security manager for Major League Baseball that led to his election as Milwaukee County Sheriff last November.

He was officially sworn in as the 65th sheriff of Milwaukee County during what may turn out to be the most challenging era in modern times. Being Milwaukee County sheriff these days is about transforming the department’s image after former sheriff and firebrand David A. Clarke, who politicized the department and alienated many local leaders and politicians. It’s also about dealing with the changing demographics of Milwaukee County, its income disparities, the rise of crime in some areas and a highly anticipated showcase of the city during the 2020 Democratic Convention next July.

Lucas is the ‘new sheriff in town’ at a time when things are likely to get more intense and high-profile in both political and social terms. More than anyone, he realizes the need to be ready for what’s to come.

During an interview at his downtown Milwaukee office in the Safety Building, Lucas reflected on his beginnings as a boy who grew up in the Hillside projects raised by a single grandmother and has ended up as the highest ranking official in the county sheriff’s department.

It’s been an amazing journey, he observed.

“It’s been humbling for so many people to have put their faith in me and trust in me,” said Lucas, a graduate of Rufus King High School and Marquette University. “I want to help restore this once proud organization to its former state. I want to inspire young people and make Milwaukee County strong.”

Lucas met with me in a large office with a desk and conference table and mostly blank walls. Unlike his predecessor’s decorating choices which Lucas described as “everything was about him” (Clarke kept a display of more than 30 medals near the printer), the new sheriff’s intention is to re-do the office with photographs and documents designed to reflect his philosophy that the position should be dedicated not to an individual but to the community he serves.

“I want to make this the people’s house,” he said. “I’m responsible to the voters of Milwaukee County, it’s not about me.” 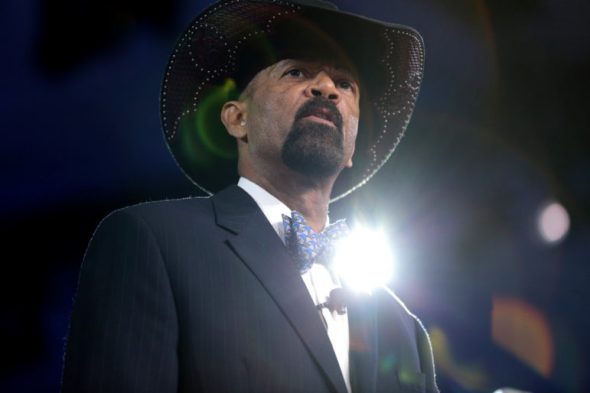 Lucas doesn’t mention Clarke by name but the contrast is as clear as his professional  appearance, a crisp official sheriff’s uniform with white shirt and badge with no additional medals or insignia of the type that the flamboyant Clarke used to sport. There wasn’t a cowboy hat in sight.

The main differences between Lucas and Clarke in both image and personality are striking in more ways than attire. During his tenure, Clarke was a controversial figure who was elected as a Democrat but seemed to take pleasure in taking radical right-wing political positions and expressing opinions designed to create tension and even dissent among other Milwaukee politicians and leaders.

By the time Clarke resigned in 2017, shortly after Lucas had announced his candidacy, his stature in Milwaukee’s African-American community had been badly damaged due to his strident response to the Sherman Park riots over a police shooting of an African American resident in the summer of 2016. That incident poisoned the former sheriff’s relationship with a segment of the population that had never really embraced him.

Lucas remembers receiving phone calls from concerned members of the community who encouraged him to run against Clarke. One of the calls came from the late Eric Von, a well-respected black radio talk show host who told Lucas his presence was vital for the improvement of conditions that had led to the Sherman Park riots.

Lucas had what he described as his dream job at the time, supervising security at events for all Major League Baseball operations, and initially resisted any suggestions to take on a new role.

“He called me when I was at spring training,” Lucas remembered. “I remember thinking, ‘What was the weather like [in Milwaukee]?’ at the time.”

Lucas said the Sherman Park riots showed him that Milwaukee needed a leader who would lift up residents of every color and class instead of demonizing them. His message to young, alienated residents in the inner city, for example: “You don’t have to prove to everybody that you’re wrong, you just have to prove that you’re right.”

Ultimately he decided to leave major league baseball for a new career path after discussions with his wife and adult children who agreed that his presence was sorely needed in his hometown.

“I felt like it was a mission, I felt that I had been put in this position for a reason,” Lucas said, with an almost evangelical tone.

His decision was validated by a large Election Day victory that reaffirmed the conversations he had with other community leaders in business and politics who had encouraged him to run.

Still fresh in the sheriff’s seat, the most notable change Lucas has brought is the change in tone and the absence of almost daily controversies and that used to hover around the position.

Lucas has set a progressive stance by hiring an all-female executive staff and pledging a new transparency within the department. At 60 years old, he talked of being a “temporary traveler” in the position of sheriff and insisted he won’t ever let his ego dictate his policy decisions.

Lucas also talked about the obvious challenges of a sheriff’s department with an ever decreasing budget, along with diminished resources that will leave his department with millions of dollars less than what was allocated in previous years. However, the costs of overseeing law enforcement, criminal justice facilities, the airport and the highways won’t get any cheaper.

The importance of getting along with political figures for whom law enforcement duties have not always been paramount will be part of the new reality for a man who has never been totally in charge of an entire department before. Lucas says he fully understands that how he addresses those issues will play a huge part in whether he will ultimately be judged as successful, aside from whatever goodwill he might have brought to the office.

He insists he’s prepared for the challenge.

And the new sheriff doesn’t need a cowboy hat to prove it.

2 thoughts on “Up From the Hillside Projects”