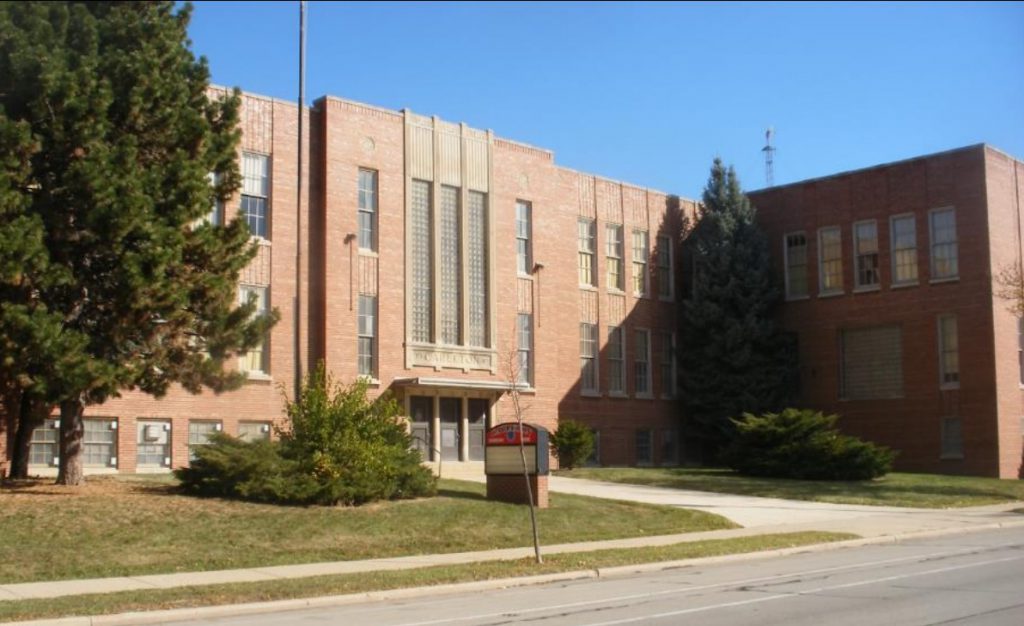 Carleton Elementary School. Photo from the City of Milwaukee.

The City Plan Commission held a proposed zoning change Monday afternoon that would allow AndersonWebb to redevelop the former Carleton Elementary School site at 4116 W. Silver Spring Dr. into a total of 62 housing units known as Carleton Court. Four neighborhood residents showed up in opposition to the project

“We are in kind of a rare situation here,” said commissioner Allyson Nemec. AndersonWebb co-founder Tina Anderson was unable to appear before the commission because of a reported medical condition, with Department of City Development (DCD) representatives only able to offer high-level answers to questions about the project. Zoning for the project must be approved in advance of an early December application deadline for low-income housing tax credits if the project is to move forward this year.

AndersonWebb is seeking to redevelop the 53,000-square-foot former school and 3.5-acre parcel into 62 units of mixed-income housing. Milwaukee Public Schools closed the school, originally built in 1927, in 2005 and it has been vacant since.

The school would be redeveloped into 30 apartments and 30 rent-to-own townhomes with two stories and three bedrooms each would be developed along N. 41st and N. 42nd streets. The second phase of the project would include building two single-family homes at the north end of the site.

Anderson and her business partner Sherry Terrell-Webb, graduates of the Associates in Commercial Real Estate program, are partnering with Wisconsin Redevelopment on the project.  The development team was approved in May by the city to acquire the property at a cost of $220,000, conditioned on securing the financing to advance the proposal. The partners previously collaborated on the Mitchell Street Lofts.

“This will result in a $16 million investment,” said DCD Deputy Commissioner Martha Brown. “Quite honestly, the only financially viable strategy that has emerged for MPS buildings of this scale and age is the conversion to housing.”

But a handful of neighbors showed up to testify against the proposal. “It’s going to hurt our future down the line,” said Victor Burgos who owns a home near school. He said renters would cause “danger” in the area.

Allen Beckman, who lives across the street from the proposed project, testified at length against the project, repeatedly slamming his hand into the podium. “This is going to be a nightmare,” said Beckman. “I can count on my hand the number of people with income that are knocking on the door to live on the north side of Milwaukee. Zero.”

He accused the project of being rammed through. “Table this and I’ll have this room filled. I guarantee you,” said Beckman. “If I did business like this they would shut me down.”

Beckman said the people that received certified mail notices might not have been aware of the hearing. “A lot of people don’t open their mail,” said Beckman.

A neighborhood meeting is scheduled for November, after the commission and Common Council were slated to vote on the proposal, but Nemec pushed for that to be reversed. DCD planning manager Vanessa Koster said the project could still be approved in time for the tax credit deadline if it was held.

The motion to hold was unanimously approved by the commission.

The project is one of many in Milwaukee seeking low-income housing tax credits to support the creation of affordable housing. 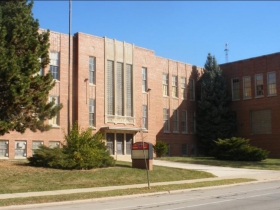 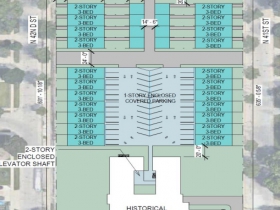 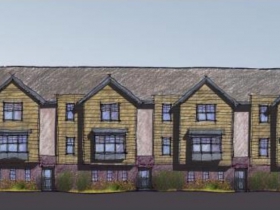 This is the second time the school has been slated to be sold. National charter school operator Rocketship had secured approval to purchase the school in 2016, but never went through with the transaction. Neighbors at Monday’s hearing said they favored that deal, but Brown said it wasn’t economically feasible.

“The cost of renovation was just too high,” said Brown. “This is a very old building. It has very serious environmental problems that have to be addressed.” Brown said she believed Rocketship’s proposal was ultimately derailed by the need to replace all of the lead-based interior plumbing, an issue that would be baked into a plan for housing.

The AndersonWebb proposal also relies on the use of federal and state historic preservation tax credits to support the redevelopment of the school building.