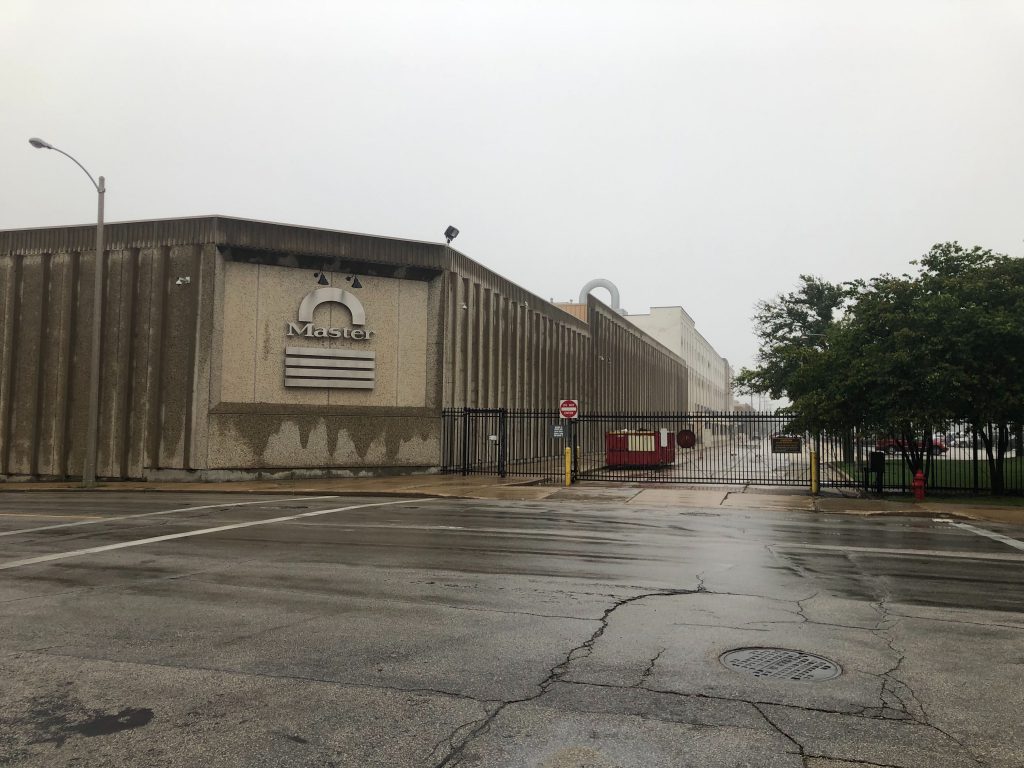 The north side of Master Lock’s Milwaukee manufacturing campus. Photo by Jeramey Jannene.

Padlock and security products manufacturer Master Lock was back before a city committee this week to secure additional approvals for its plan to consolidate and secure its corporate campus along W. Center St. in the city’s Metcalfe Park neighborhood.

The company, which operates a multi-building campus near N. 32nd St. and W. Center St. with approximately 500 employees, was before the Public Works Committee last week seeking city permission to close portions of N. 32nd St. and W. Wright St. at the south end of its campus. This week company representatives appeared before the Zoning, Neighborhoods & Development Committee to secure a zoning change on a handful of parcels it owns just beyond the current border of its campus.

Master Lock needs the zoning change, switching vacant lots from residential to industrial, so it can consolidate the former residential lots and vacated street into one parcel with its existing campus. Once approved, the company will construct a new security fence and parking lot to reconfigure the location of employee parking lots and freight truck access.

“The street grid is only going to be impacted in a minor way,” said attorney Brian Randall of Davis & Kuetlhau on behalf of his client. But despite Randall’s assertion that it’s a minor change, Alderman Robert Bauman again expressed his displeasure with the change.

Bauman said he had no objections to the zoning change, which passed unanimously, but still objects to the street vacations. “I personally am always concerned when the city starts giving up the street grid,” said Bauman. “Once it’s given away it’s gone forever as a practical matter.”

The alderman contends that should Master Lock leave, the site will now be more difficult to redevelop. “These companies are only committed to Milwaukee as long as it’s in their interest to be so. They could leave tomorrow,” concluded the alderman. Last week he pushed for the city to lease, not sell, the streets to the company.

Randall came armed with a presentation this time, extolling Master Lock’s nearly 100-year presence at the location, charitable efforts and employee demographics. Of the 500 employees, 247 live in the city according to Randall and 67 in the 15th Aldermanic District in which the campus is located. Randall reported that 62 get to work by walking or taking the bus.

“It really is for the benefit of the employees,” said Randall, noting that the new parking lots would separate truck traffic from that of employees coming or going. The company would also address landscaping concerns of the remaining residents of N. 32nd St. that border the proposed fence.

Bauman didn’t find support for his line of reasoning with area Alderman Russell W. Stamper, II. “I support this upgrade. I support the change. I support the growth,” said Stamper of the company’s $3 million project.

Master Lock does not propose to immediately grow its employment at the campus as part of the project. The Oak Creek-based company is a subsidiary of the publicly-traded Fortune Brands Home & Security.

Both the street vacation and zoning change will next go before the full Common Council. 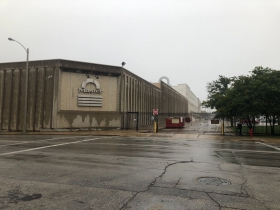 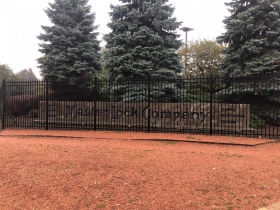 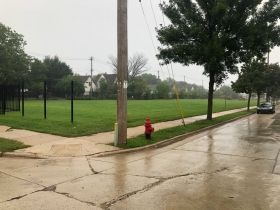 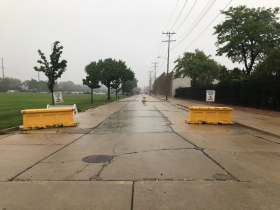 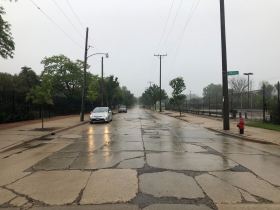 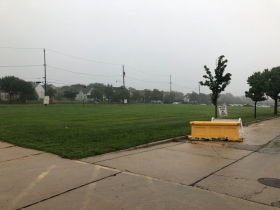 One thought on “Eyes on Milwaukee: Zoning for Master Lock Approved”