Should City Pay a Tire Bounty? 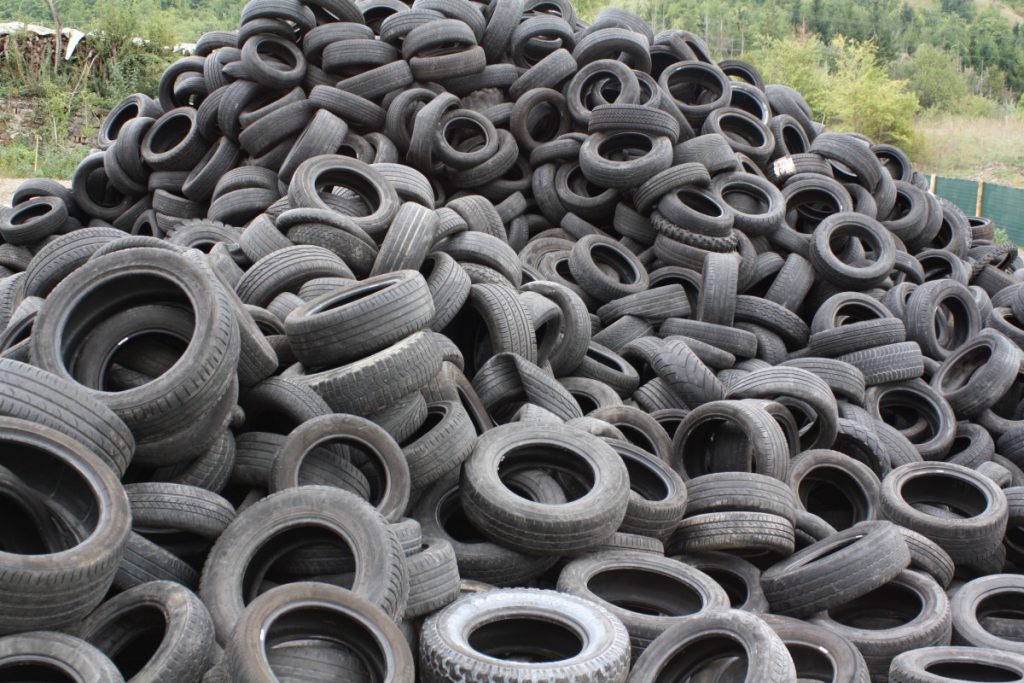 There’s been a familiar refrain for much of the past year anytime city sanitation services manager Rick Meyers appears in front of the Public Works Committee.

“Any progress on the tire bounty?”

Committee chair and Alderman Robert Bauman greets Meyers with the question as if it’s a new way of saying hello inside City Hall.

Bauman pushed the idea, for tires, televisions and mattresses, in April as a response to illegal dumping. The idea is to pay a per-tire fee at the city’s two drop-off centers, incentivizing “scrappers” that drive around the city looking for loose metal and other materials to grab the tires that are illegally tossed onto vacant lots and alleys and avoid illegal dumping in the first place.

“This is really a conflict between financial responsibility and a cleaner city,” said Bauman. He said it could save the city money because there were be fewer calls for service to clean up illegal dumping. “I can virtually guarantee if you paid a bounty for tires you wouldn’t see a tire anywhere in the city of Milwaukee. If somebody got 50 cents per tire, you would see people driving around in their pickup trucks, they would probably take tires off cars for 50 cents a piece.”

“The point is you incentivize cleaning and cleansing and having a litter-free city,” said Bauman. “You never see aluminum cans lying around anymore. Why? Because they’re valuable and they get paid to turn them in.”

Meyers said the idea is challenged because there is no resale market for tires unlike aluminum cans. The city pays $2 to $3 to dispose of tires it receives to the tune of over $150,000 a year said the sanitation manager.

“It really requires a producer responsibility sensibility,” said Meyers of Bauman’s idea. “Yeah, but they don’t, they won’t,” fired back Bauman. “In the meantime who suffers? Our citizens with a pile of mattresses on a vacant lot.”

The Department of Public Works instead plans to go in the opposite direction and start charging citizens who drop off the items at the two centers, since the city has to pay to dispose of tires or televisions. “I think you will see a dramatic reduction in people turning in tires and TVs if they have to pay to drop them off,” said Bauman in April.

Countered Meyers: “We allow them to be dropped for free and we are only community that allows that.”

Meyers and DPW will now begin testing what impact charging has. A $5 per television fee and $3 per tire fee went into effect on September 3rd.

But members of the Public Works Committee are still pushing to go the opposite way, with a tire bounty.

Ald. Nik Kovac queried Meyers Wednesday morning for what needs to happen to move the idea forward. “I get that if you offer too much it will create an incentive to steal tires, but we’re not talking about $20 a tire,” said the alderman.

“That would be a major impact to fund such a system,” said Meyers. “It would need a funding source.”

“Yeah, but give us a number. There is either political will to fund it or not,” said Kovac.

The alderman said the council, which is about to begin its 2020 budget deliberations, doesn’t even have a sense of how much funding it would need, nor how many tires there are to pick up. “Is it hundreds? Thousands?”

“Over the course of a year, thousands,” estimated Meyers.

“One dollar a tire isn’t going to bankrupt us,” said Kovac. He challenged the department to come up with a number to advance the program.

One thought on “City Hall: Should City Pay a Tire Bounty?”