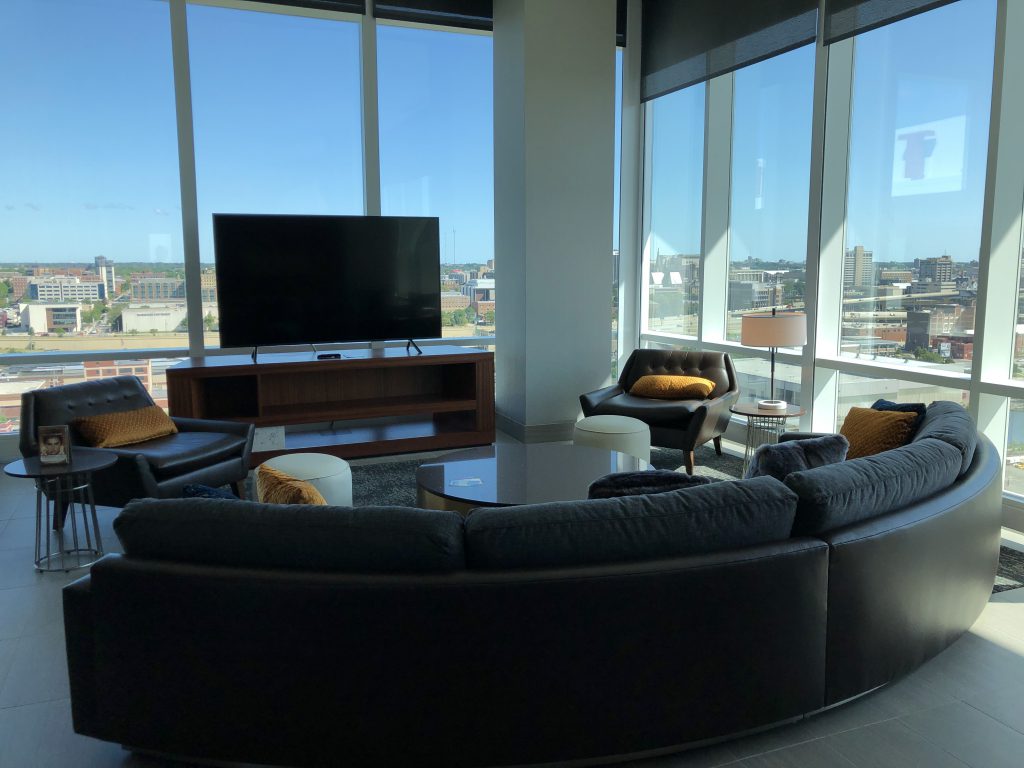 The first guests will stay in the new wing of Potawatomi Hotel & Casino’s 500-room hotel this week, but you can see inside today.

The casino celebrated the completion of the 19-story, 119-room expansion last week. The new tower, attached to the first hotel tower at its base, is suite-centric, with 59 of the new rooms containing an approximately 700-square-foot floor plan. Paired with first tower, completed in 2014, the hotel now contains 75 suites.

If you want to enjoy the skyline views, but don’t need to stay overnight, Potawatomi offers “The Boardroom” on the hotel’s top floor. The 1,052-square-foot room features floor-to-ceiling windows overlooking the city, a full audio-visual setup including 85-inch and 65-inch televisions, a kitchenette and two sets of restrooms.

If you do want to stay and a 1,100-square-foot suite isn’t enough for you, the “Chairman’s Suite” offers a corner unit on the 19th-floor with 1,600 square feet of space. With three connected guest rooms, the suite includes three 85-inch televisions, a Jacuzzi tub and billiards table to entertain your friends after you win big.

If you really strike it rich, the 3,000-square-foot “Presidential Suite” in the hotel’s original wing can host your entire extended family. Will a former or future President stay in it during the July 2020 Democratic National Convention? That remains to be seen. Potawatomi committed the entire hotel and conference center to the Democratic Party for the convention as part of the city’s bid.

The Menomonee Valley hotel is now the second largest in the Milwaukee area. The Hilton Milwaukee City Center across from the Wisconsin Center has 729 rooms.

While the lobby of the hotel remains the same, a new first-floor amenity is sure to be a draw for those with deep nicks from playing blackjack, or just looking for some self-care. Ember Salon & Spa, open to the public, includes a salon and barbershop as well as private rooms for massages, pedicures and manicures.

The hotel complex isn’t the only thing that changed. The conference center now features a second, large gathering room that can be subdivided into three separate, private rooms. Known as the “Legacy Ballroom,” the casino touts the 12,000-square-foot room as a “richly-appointed space for events of up to 1,200 guests”.

According to information provided on the project, the new hotel will create 50 new jobs at the complex.

Unlike much of the casino complex, the hotel at 1611 W. Canal St. is subject to municipal property taxes. Before the new wing was completed, the hotel complex was assessed at $81,159,600 with a property tax bill of nearly $2.5 million.

You can book a room through the hotel’s website. 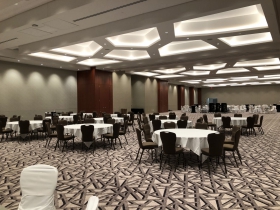 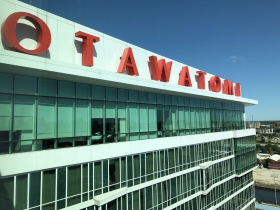 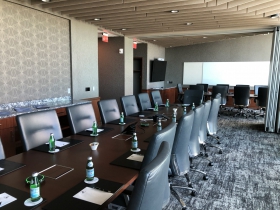 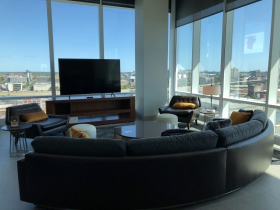 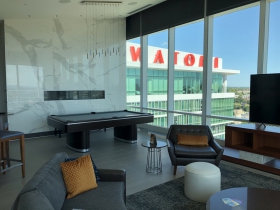 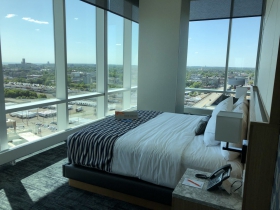 One thought on “Eyes on Milwaukee: Inside Potawatomi’s Expanded Hotel”