Revenue from tax would provide services to gun-crime victims.

By Erik Gunn, Wisconsin Examiner - Aug 9th, 2019 12:29 pm
Get a daily rundown of the top stories on Urban Milwaukee 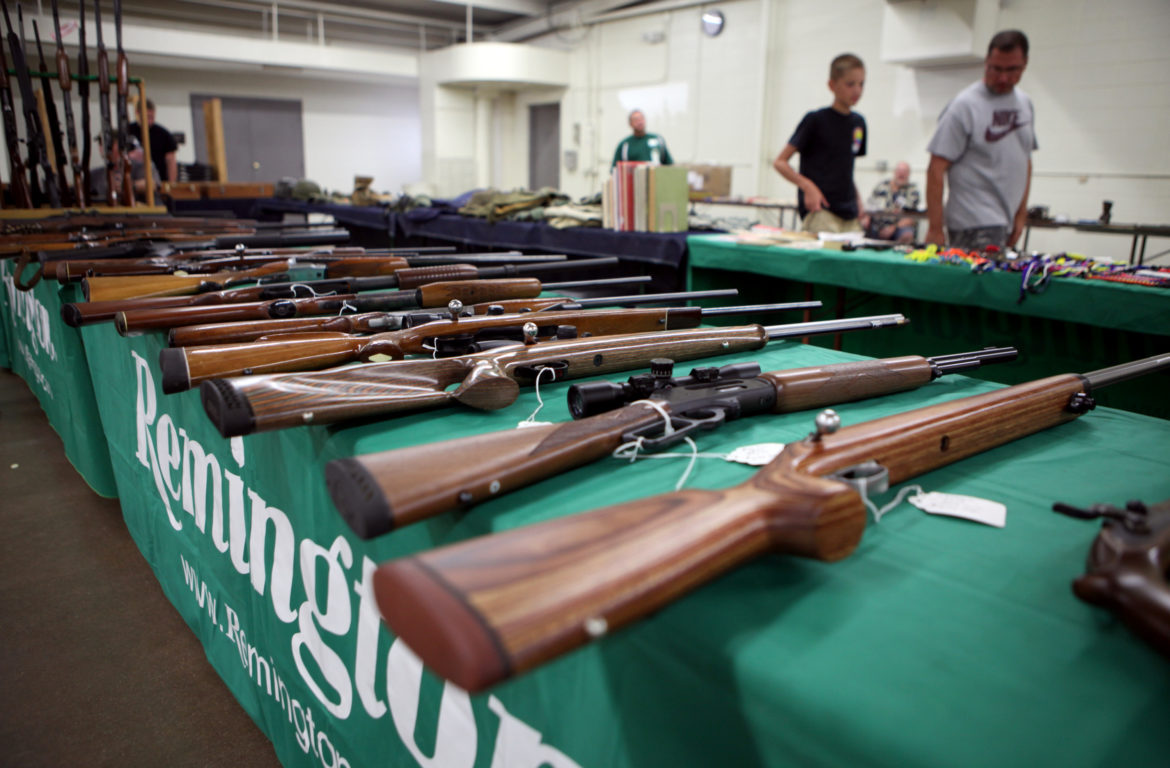 Rifles. Photo by Coburn Dukehart of the Wisconsin Center for Investigative Journalism.

A proposed Wisconsin bill would tax firearms and use the funds to pay for services to gun-crime victims, who are barred by federal law from suing firearms manufacturers for their injuries.

State Rep. Jimmy Anderson (D-Fitchburg) and State Sen. Lena Taylor (D-Milwaukee) are circulating the bill for cosponsors; a similar bill from the 2017-18 session was introduced but never got a committee hearing or a vote.

The bill imposes a one-time tax equal to one-half of 1% on the manufacturer’s list price for every gun a manufacturer sells to a retailer or wholesaler in the state; resales are not taxed, according to a spokesman for Anderson.

The report discussed special firearms taxes as a tactic to stem gun purchases as well as as a general revenue-raising mechanism. It did not mention any attempts to use local or state firearms taxes to offset the costs borne by gun crime victims.

In a message to colleagues seeking co-sponsors, Anderson and Taylor said that under National Rifle Association pressure, Congress in 2005 exempted gun manufacturers from liability for gun deaths.

“As a result, victims of gun violence are unable to seek damages from gun manufacturers,” the lawmakers’ memo states. “This places incredible financial burdens on victims and their families, many of whom face exorbitant medical bills and other unforeseen expenses.”