Plus: new calzone place comes to the East Side and two new restaurant concepts are planned for the burbs. 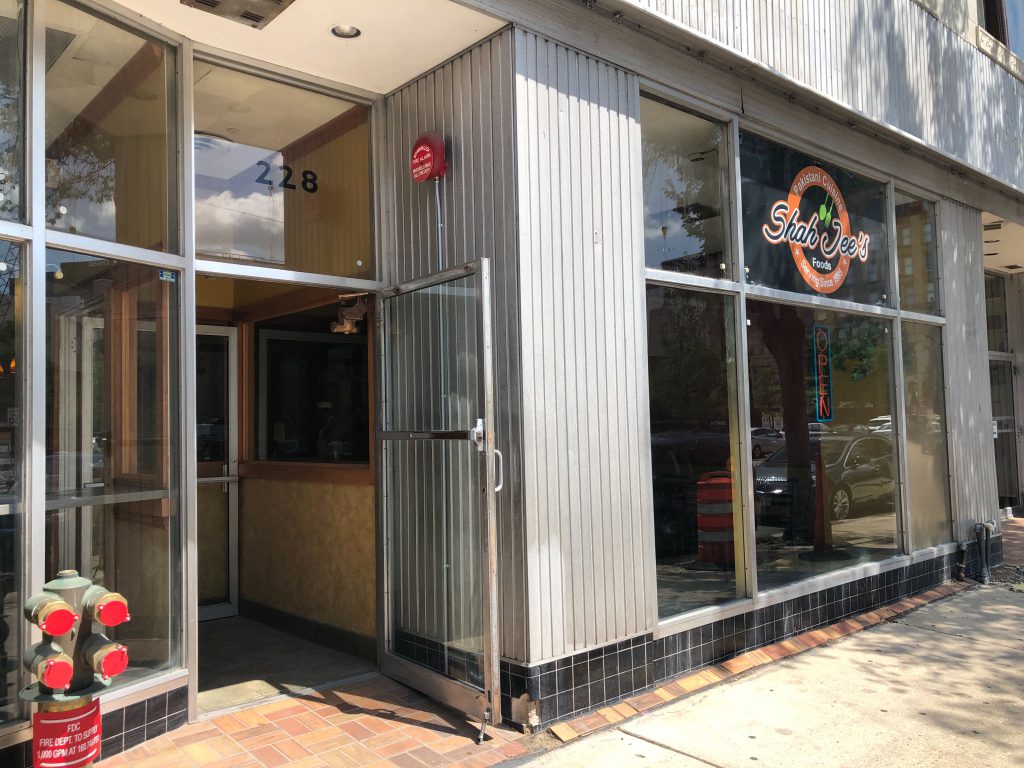 The fourth and final location of Shah Jee’s is now open at 228 W. Wells St.

Owners Azhar Shah and Khizar Shah first announced plans to open more locations of their Pakistani restaurant, Shah Jee’s, in 2017. At first, the father and son duo only intended to open two more restaurants, one at 228 W. Wells St. and another at 3933 S. 76th St. Both restaurants were also slated to open by the end of 2017. Instead, the S. 76th St. location opened in 2018, along with an additional East Side location at 3116 N. Downer Ave.

Now, the expansion has finally been completed, as the Wells St. location is officially open. OMC’s Lori Fredrich takes a look at the menu: 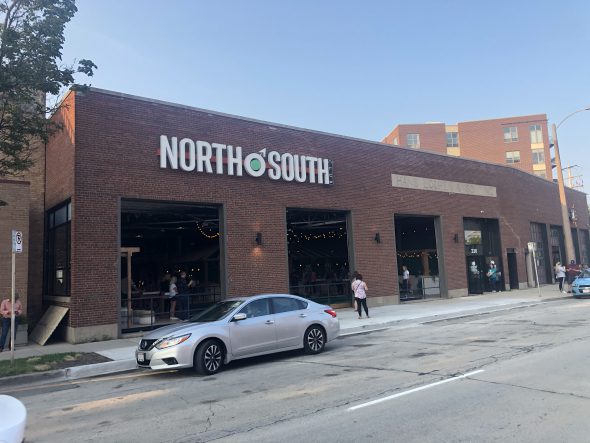 AXE MKE owners Marla and David Poytinger have brought another axe-throwing bar to the city, this time to Walker’s Point. NorthSouth Club, a joint axe-throwing and shuffleboard bar, opened at 230 E. Pittsburgh Ave. on July 27th. Along with those two bars, the Poytingers also operate Splash Studio (1815 E. Kenilworth Pl.).

The front of the facility contains seven shuffleboard courts and follow a “southern,” tropical theme, while sixteen axe-throwing lanes are located in the back, the “northern” themed area of the building. NorthSouth Club will serve snack food rather than cooked meals. In March, Marla Poytinger told Urban Milwaukee the limited food options allows them to share customers with nearby restaurants rather than compete with them. Urban Milwaukee takes a look at the bar’s drink menu:

The beer list includes an array of craft, domestic and imported beers, along with a seasonal draft list. The current selections for draft beers include Lakefront Hazy Rabbit, Raised Grain Summer Vice and Broken Bat Beach Ball, among others. Specialty malt drinks, such as O’Douls, Angry Orchard and White Claws, are also available.

Prices vary depending on the number of people in your group and the time and day of your visit. Liability waivers are required of everyone participating in activities, and certain age restrictions are applied to customers. More information about pricing and general policies can be found on NorthSouth Club’s website.

New Calzone Restaurant On East Side

Following a soft-opening on July 29th, Wisconsin’s first location of calzone franchise D.P. Dough is now open at 1515 E. North Ave. The restaurant does not occupy the entire facility, which previously contained an Open Pantry. Franchisees Mike and Georgina Syke hope to add a “financial services institution” to the remaining space.

D.P. Dough serves a menu of mainly calzones, along with chicken wings, tater tots and different flavors of breadsticks. The fast-service restaurant will scale up to also serve salads, Georgina Styke said.

Signature dishes include options like the “Maui Wowi Zone,” which is stuffed with pineapple, ham and mozzarella, and the “Italian Zone,” stuffed with salami, ham, pepperoni, mozzarella, parmesan and ricotta.

The partners behind BelAir Cantina have proposed a new taco restaurant, tentatively called Taco Super, for the former Ruckus space at 4144 N. Oakland Ave. in Shorewood.

BizTimes’ Maredithe Meyer writes about village documents describing the restaurant, along with its ties to BelAir Cantina:

The lease for the North Oakland Avenue space has been transferred to Toro Taco Inc. from Ruckus Inc., according to village documents, which describe the concept as “a walk-up restaurant serving tacos, breakfast tacos, burritos, bowls, salads, soups and churros” as well as beer, wine and margaritas…

An official name for the restaurant has not been announced. Shorewood’s Village Board will make an official decision on the application in September.

Following the opening of the a new beer garden, Lowlands Group have announced more changes are in store for Tosa Village. The restaurant group announced on Aug. 7th that Cafe Bavaria (7700 Harwood Ave.) will close later this year and a new restaurant will open in its place in early 2020.

The restaurant will be called The Buckatabon, and will have a Northwoods theme that is “part ‘up north’ tavern, part lakeside lodge, and part classic supper club,” according to a press release from Lowlands Group. The eatery will serve lunch and dinner during the week and brunch and dinner on weekends.

Contrary to the international inspiration behind Lowlands’ other cafes, The Buckatabon will focus on food and drink traditions rooted in Wisconsin. James Beard-nominated Chef Thomas Hauck will create the new food menu, while the beer menu will only showcase Wisconsin brews. “[L]ocal distillers and bitters-makers” will be brought in for the cocktail menu, which will feature drinks like Old Fashioneds and Ice Cream Drinks, along with “new twists using regional flavors and ingredients.” The Buckatoon will also share recipes and cross-promote with Northwoods supper clubs, taverns and lodges.

“We find inspiration whenever we travel, whether that’s to Europe or a long weekend up north.” Lowlands Group director brand and marketing Dan Herwig said in the release. “While we’ve been in the ‘import’ business for quite a while, the fact of the matter is that Wisconsin is every bit as unique as any place we’ve ever been. We figured it was time to get into the ‘export’ business a bit, so to speak.”

Cafe Bavaria will continue to operate as normal until its public closure in November. The cafe will be available for private events and parties through the end of the year. Lowlands Group has not set an official date for The Buckatabon, but is aiming for an early 2020 opening.