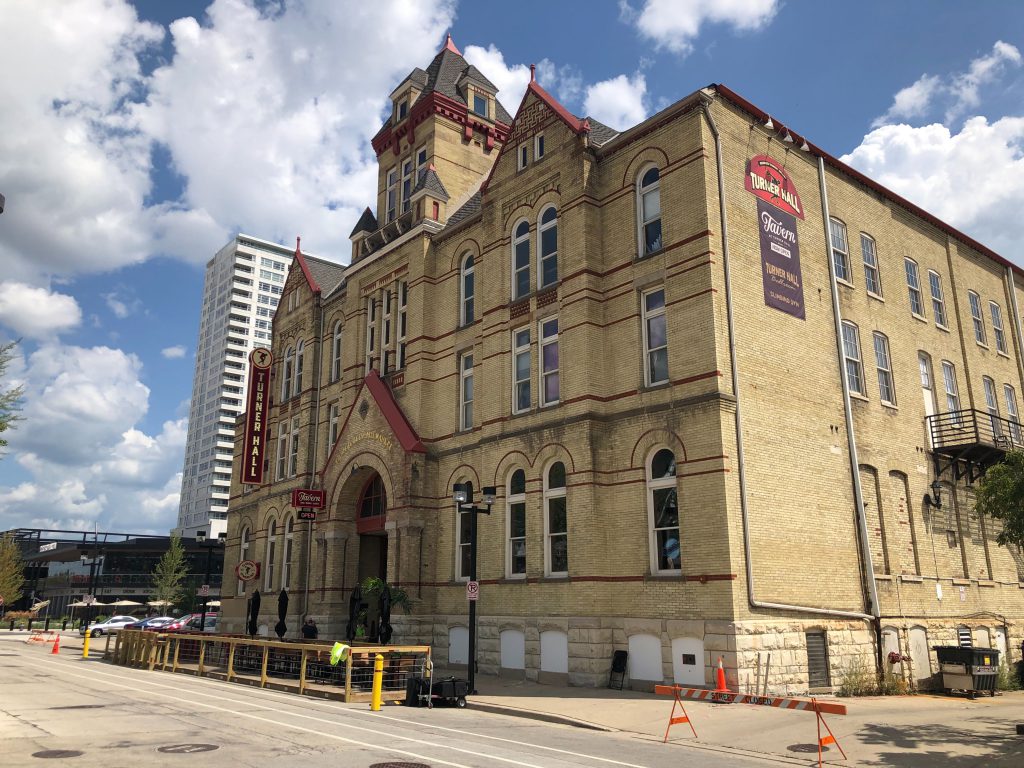 Visitors looking to attend a concert at Turner Hall won’t have any problem finding the place now that a 22-foot-tall blade sign has been installed on the historic building at 1034 N. Vel R. Phillips Ave.

Originally built in 1882, Turner Hall today houses three distinct venues, all of which will benefit from three new signs installed this week on the four-story building’s Cream City brick facade.

The non-profit Milwaukee Turners, who own and operate the building, run a gym in the building’s basement with a climbing wall in the rear. Mike Eitel‘s Caravan Hospitality Group operates Tavern at Turner Hall on the building’s first floor. And the Pabst Theater Group (PTG) leases the upstairs ballroom for concerts and other events.

The new signs reflect those diverse uses, including not only the large blade sign, but small signs for the restaurant and climbing gym. 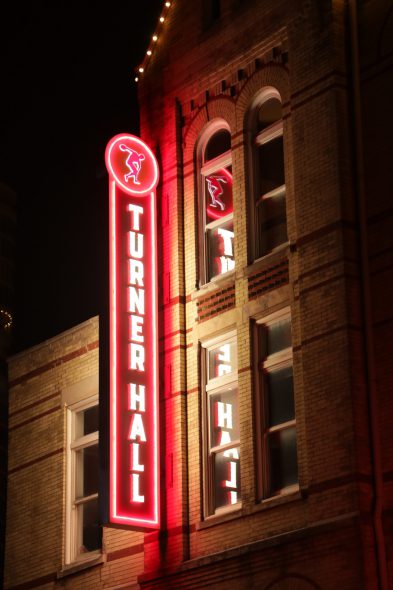 Turner Hall sign lit up at night. Photo from the Pabst Theater Group.

“As a whole, we all work together to make this building what it is,” said PTG public relations director Sara Peronto at a press conference unveiling the signs and a new parklet in front of the building.

“Turner Hall is here only because of the dedication of immigrants and refugees from oppression abroad to promote physical fitness and social justice in America, and in Milwaukee in particular,” said Milwaukee Turners board president Art Heitzer.

The new signs, lit by thousands of small LED bulbs, mirror the design of a neon sign that hung above the building’s front door long ago. The new technology, mixed with a historically-sensitive design, is intended to not only complement the building but also pair well with Fiserv Forum and the Milwaukee Bucks‘ Deer District entertainment development.

“Long before this was the Deer District it was, for all intents and purposes, the Turners district,” said Turners executive director Nicholas La Joie. The building has outlasted virtually everything around it, including the recently demolished Bradley Center for which it was almost demolished to create a parking lot for.

“This is a contrast between the old and the new,” said Heitzer. “We see the new across the street and we see 137 years of history here.”

Plenty of change is certain to come to the area in the coming years. The Bradley Center site is planned for redevelopment by the Bucks, the nearby Milwaukee Journal Sentinel complex is slated for redevelopment starting next year, an extension of The Hop could pass in front of the building by 2024 and the Bucks continue to seek out development partners for vacant land in the Park East.

And while all that happens, Turner Hall is certain to be there to watch over it all. Not even two ballroom fires, in 1933 and 1941, could take down the structure. The building, designed by Henry C. Koch who also designed Milwaukee City Hall, has seen plenty of change already and is certain to see plenty more.

The signs were fabricated and installed by Poblocki Sign Company. The designs were created by the PTG design team led by art director Jason Gierl. The three tenants split the cost of the blade sign, with the tavern and non-profit paying for their respective signs.

If signs are your thing, there might not be a better restaurant in town for you than Tavern at Turner. The sign from the now-demolished Sydney Hih building, first preserved by NEWaukee, now is displayed in the restaurant. And now, Eitel has added the former Faust Music sign to the collection. The building it adorned in Bay View was demolished after the owner passed away.

An open house is planned on Saturday, August 10th from 1 p.m. until 7 p.m. with a pig roast, yard games, gym demonstrations and music. The gym, restaurant and ballroom will all be open for tours. 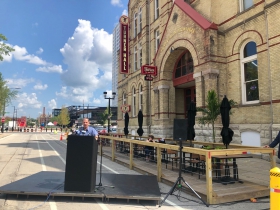 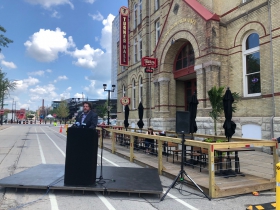 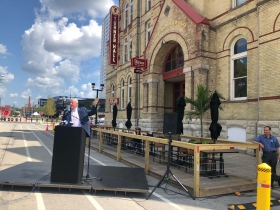 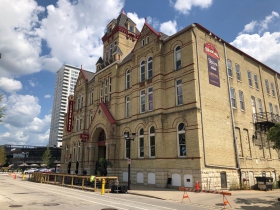 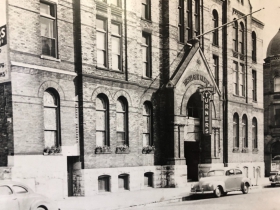 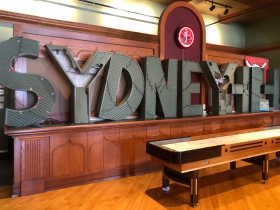