By Melanie Conklin, Wisconsin Examiner - Aug 7th, 2019 01:36 pm
Get a daily rundown of the top stories on Urban Milwaukee 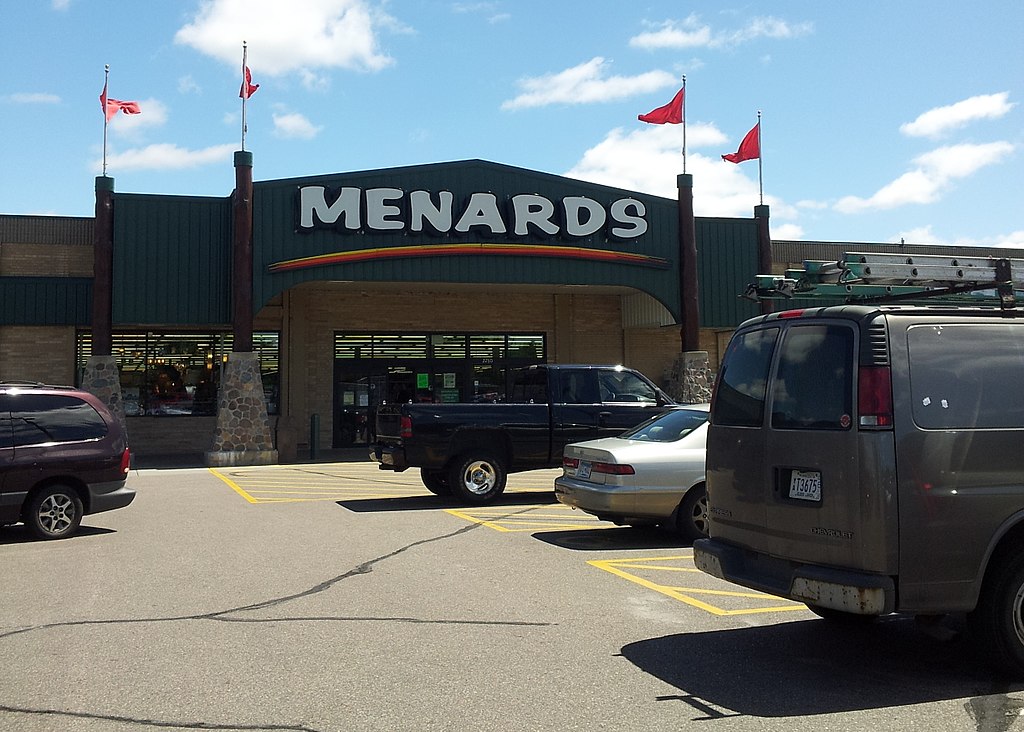 Earlier this month, state Rep. John Macco (R-De Pere) sent a letter to members of the Brown County Board, and other local government leaders in his area, expressing solidarity with their funding plight due to the ominous-sounding  ‘dark-store loophole.’

“Nobody is a more adamant advocate of closing this loophole than me,” wrote Macco.

Dark store loopholes have become an issue across the country and Wisconsin has been singled out by the New York Times and other media outlets as the state at the center of a type of tax appeal that pits homeowners against big box stores.

Big box retailers are increasingly using the courts to successfully lower their taxes by claiming their profitable, high-traffic stores near thriving retail centers should be taxed as if they were empty store shells in entirely different, sometimes less desirable, locations–AKA dark stores.

In Wisconsin, municipalities, villages and towns are sounding the alarm as chain retailers have been arguing, with increasing success, that a profitable store would not be worth much if they were to want to sell it. When they have prevailed, it means that the tax burden shifts to homeowners and small businesses. Or, if local leaders don’t want to raise taxes on others to cover the losses, the other option is to is to make drastic cuts to such services as schools, police, libraries, street repair or garbage pick up. So Democratic and Republican legislators alike have signed on to legislation to close the loophole.

Here’s the catch — there has never been a straight floor vote on closing the loophole despite study committees on the topic, compromise bills, many local referenda condemning it, an 11-hour public hearing with speakers loopsidely speaking against it and bipartisan support for bills that have been introduced to close the loophole.

“My concern is that if this practice continues and more retailers successfully use the ‘dark store’ loophole to reduce their property tax burden, local governments will be forced to shift the property tax burden to homeowners and small businesses” Macco continued in his July 11 letter. “This practice is outrageous and should be stopped.”

So why is the loophole still open?

Brown County Supv. Staush Gruszynski was incredulous when he received Macco’s letter. That’s because he also serves in the state legislature — Rep. Staush Gruszynski (D-Green Bay)  — where he watched Republicans, including Macco, vote against bringing legislation to close the loophole to the Assembly floor during May budget debates as an amendment. Grusynski adds that Republican members on the Joint Finance Committee rejected the remedy put into the budget by Gov. Tony Evers.

“This is a very clear scenario of a state legislator talking out both sides of their mouth,” Gruszynski says of Macco. “If he disagrees with closing the loophole, that’s fine, it’s a policy argument. But to vote against the Dem pulling motion on a bill to close the dark-store loophole and then write this letter is pure hypocrisy.”

Macco argues with Gruszynski’s criticism: “There was never a bill on the floor and I never voted against it. It was a cockamamie, odd-ball pulling motion. If it does ever come to the floor, I’m a strong yes.”

A pulling motion is a vote in which  legislators decide whether to bring a bill directly to the floor. Frequently it is used by the minority party when the majority party keeps a bill bottled up in committee to avoid taking an undesirable a vote. Legislators then vote for or against pulling it to the floor. On dark stores, Democrats voted to pull the bill to the floor an immediate vote, Republicans voted against it.

There’s the partisan rub. Despite bipartisan support on bills to close it, the loophole  remains in place because outside of that motion, Republican leadership — particularly Speaker Robin Vos — has made certain the bill never gets scheduled for a vote. Wisconsin Manufacturers and Commerce (WMC) staunchly opposes closing the loophole. In a departure from its usual support of Republicans, WMC has attacked Democrats and Republicans alike who have supported closing the loophole.

“We urge lawmakers to consider the costly impacts this legislation will have on each of their districts,” wrote WMC Director of Tax, Transportation & Legal Affairs Cory Fish. “While proponents claim there is a loophole that needs to be closed, the fact of the matter is that overly aggressive assessors are simply looking for ways to tax to the max and raise the cost to do business in Wisconsin.”

The tax shift to homeowners

Local government bodies in Macco and Gruszynski’s part of the state, in Green Bay, De Pere and Bellevue, have all passed resolutions urging the state to close the loophole.

The League of Wisconsin Municipalities, the Wisconsin Counties Association and the Wisconsin Towns Association put out a joint release last November after voters in 23 towns, cities and villages voted overwhelmingly to tell the governor and legislature to close the loophole.

The Leagues’ anti-Dark Store webpage notes that 63% of the State Legislature signed on as co-sponsors of the dark store bill in the last legislative session.

But nothing gets done.

League of Wisconsin Municipalities Deputy Director Curt Witynski is a realist when asked about what it would take to actually get the loophole closed: “To make it actually happen might take a change in majority in one of the houses.”

While the bills have 55 co-sponsors, he explains that the Speaker’s opposition to the popular bill, perversely, might mean more Republican legislators feel they can express support,  because they know it will never move forward. “On the other hand, legislators might want to avoid it as that stance could anger the Speaker,” he explains.

Witynski says legislators may be counting on the public not understanding the issue. So here’s how he explains it: “Think about the value of your home. Your neighbors sell their very similarly sized home, and you expect yours will be valued around that amount, not at the value of an abandoned home several neighborhoods over, perhaps in a less desirable area.”

While dark stores are at a political standstill, there may be hope for judicial remedies. “Our allies have been winning over the last six months in circuit court,” says Witynski. “We’ve had five wins in Wauwatosa, Plover, Delafield and elsewhere. It used to be municipalities didn’t fight back because it’s scary and expensive to take on big New York corporate lawyers, so they’d just settle. We are now getting the message out that these cases are winnable.”

As for Macco, his ideal path forward involves a complete tax overhaul, a goal he’s had for five years. Ideally, he says, it would be a solution that closes the dark store loophole, but also gives corporations a different form of tax relief.

“I’m adamant, but I can understand the other side,” explains Macco. “And I’m a business guy so I hope we can come to some understanding with the industry. There have to be tradeoffs, like pairing it with getting rid of personal property tax on business, which is absolutely asinine. I believe the problem of dark stores is a symptom of an overly complex tax system.”

But waiting on a complex tax revision means that for now, as communities express urgency as they lose much-needed revenue, the dark store loophole remains wide open.