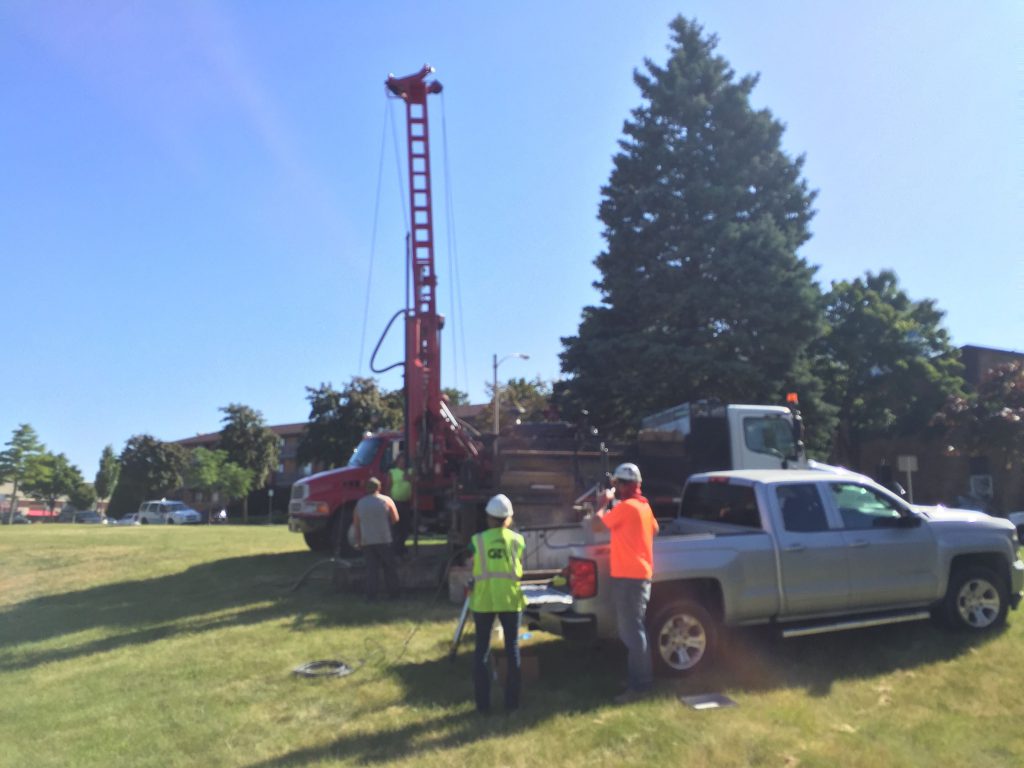 The city-affiliated Housing Authority of the City of Milwaukee (HACM), through its development arm Travaux Inc., intends to build a 32-story, $150 million apartment tower on the parking lot and green space immediately south of its Convent Hill senior housing building at 455 E. Ogden Ave. The building would include a mix of luxury and affordable units intended to provide a revenue stream for other HACM projects.

A soil testing crew was on site this week performing test drilling to verify what type of foundation would be needed for the proposed tower.

And while much of the site has been vacant for at least 10 years, it’s far from virgin dirt. An earlier public housing complex was located along the N. Broadway portion of the site from 1960 until 2009. And before that, the School Sisters of Notre Dame had a full-block convent on the site that dated back to 1868 and was one of the city’s biggest buildings for decades after it was built. In short, there are certain to be some surprises buried under the topsoil.

Determining the soil conditions below ground is an essential part of estimating the cost of constructing the building and could play an important role in determining how many below-market, affordable units are included.

“We are still in the preliminary stages,” said Scott Simon of Travaux in June of the project’s unit mix with regards to the number of bedrooms. “There is going to be an affordability portion to this, we just haven’t set that yet.” The building is approved to include up to 350 apartments.

Financing for the tower could come from a variety of sources, said Simon.

The new tower, being designed by Korb + Associates Architects, would include 422 parking spaces and 40,000 square feet of office space at its base on the 1.8-acre site. Approximately 13 townhomes would be included at the base of the building facing E. Knapp St. and N. Milwaukee St.

Two towers would rise from the building’s four-story base. The main tower, when including the building’s base, would rise 32 floors and face the lake. An attached second tower, running east-west, would rise eight stories from the base and include 18 two-story units designed to reduce the number of hallways and common space.

More about the Convent Hill South 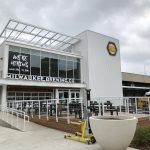