About Those Good Guys With a Gun 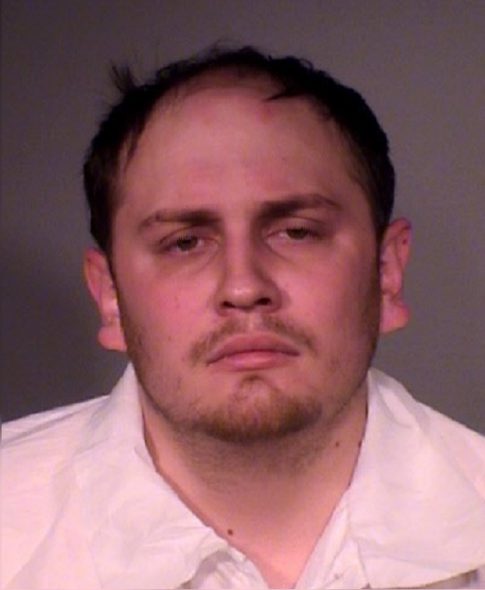 Earlier this month Jordan Fricke was found guilty on four criminal counts in the fatal shooting of Milwaukee Police Officer Matthew Rittner. Fricke, 26, was a concealed handgun permit holder who fired several shots through the door with a high-powered rifle, killing Ritter.

According to friends, Fricke bought and worked on firearms and enjoyed going to gun shows and shooting ranges. His intention in firing his rifle was “to defend myself,” Fricke testified. He said he first bought a gun in 2013 — for protection — saying his neighborhood wasn’t safe and he was following advice from then-Sheriff David Clarke, who urged residents to arm themselves because the police response is too slow.

Giving guys like Fricke the right to own and carry concealed guns to “defend themselves”, we were repeatedly told, would help protect the public from crime. “The only way to stop a bad guy with a gun is with a good guy with a gun,” as NRA president Wayne LaPierre has famously declared.

But instead the result was a horrifying tragedy, the death of a beloved, 17-year veteran of the police force. And it was not the first example of a concealed carry killer in Wisconsin.

There was concealed handgun permit holder Calvin Eldridge, 49, who shot and killed his neighbor Victor Reynolds, 54, following a fight at the Village Road apartment building where both men lived in Portage, WI, in May 2018.

There was concealed handgun permit holder James Clinton Atterberry, 26, who shot and killed Ronnie McMillon, Jr., 26. in Kenosha, in October 2016. The two had an argument that became heated and Atterberry shot McMillon multiple times with a 9mm Glock pistol.

All told, there have 11 concealed carry killings in Wisconsin since May 2007, as the Violence Policy Center has documented.

The group’s new report, “Concealed Carry Killers,” found that nationally there were 1,325 such killings since 2007. “Thirty-four of the incidents were fatal mass shootings as defined by federal law (three or more victims killed), resulting in the deaths of 164 victims,” the report found. “At least 24 law enforcement officers have died at the hands of concealed carry killers since May 2007.”

“Our research shows that concealed handgun permit holders are not supporting police or protecting the public, but are actually killing law enforcement officers,” says the center’s Legislative Director Kristen Rand.

The report, moreover, likely underestimates the total number of such killings. “Because there is no comprehensive record keeping of deaths involving concealed handgun permit holders and many states in fact bar the release of such information, the examples on Concealed Carry Killers are taken primarily from news reports along with the limited information collected by a few states,” the report notes. “Hence, they likely represent a small fraction of actual events.”

The rationale for concealed carry, and for opposing any restrictions on guns is the claim, frequently offered by the NRA and pro-gun advocates, that guns are used up to 2.5 million times each year in self-defense in the United States. Another recent study by the Violence Policy Center suggest this statistic is a massive exaggeration.

The study analyzed statistics from the federal Department of Justice’s National Crime Victimization Survey, long considered the most authoritative such survey. It found that from 2014 through 2016, there were 16,115,500 victims of attempted or completed violent crime and in only 1.1 percent or 177,300 of these cases had the intended victim “threatened or attacked with a firearm” in resistance to the criminal.

As for property crimes, the study found that during the same period there were 45,816,900 victims of attempted or completed property crime, and in just 123,800 or 0.3 percent of the cases did the victim respond by threatening or attacking with a firearm.

In short, this suggests there are not 2.5 million cases a year, but about 100,000 per year where a victim of crime uses a firearm. So yes, there are rare cases where a gun is used to try to prevent a criminal. But that needs to be balanced against that carnage caused by guns: more than 113,000 people shot every year in America, including murders, suicides, accidental killings and non-fatal shootings, as the Brady center has documented.

The Violence Policy Center also looked at justifiable homicides and found that there were 274 in America in 2016, compared to 10,341 criminal gun homicides that year. “For every justifiable homicide in the United States involving a gun, guns were used in 37 criminal homicides,” the report noted. “And this ratio… does not take into account the tens of thousands of lives ended in gun suicides or unintentional shootings that year.”

And in nearly half of those justifiable homicides, the person killed was a relative, friend or acquaintance. Only 52 percent of the homicides involved a stranger.

Guns and gun crimes are rampant in America. According to the FBI, firearms were used in 189,718 aggravated assaults and 125,289 robberies in the United States in 2016 alone.

Yet even the most sensible proposals to put some controls on guns is opposed by the NRA and legislators who comply with its demands.

Milwaukee County District Attorney John Chisholm and former Milwaukee Police Chief Edward A. Flynn pleaded with Wisconsin legislators to tighten the guidelines for concealed carry, to prevent “habitual offenders” (who’ve committed at least three misdemeanors) and those convicted of misdemeanors such as “endangering safety by use of a dangerous weapon” or “pointing or aiming a gun” from getting a permit to carry.

But lawmakers were unmoved.

A 2017 survey of Wisconsin’s registered voters found 91 percent supported a requirement that a background check should be required of anyone carrying a concealed weapon. That included support from 86 percent of gun owners in the state. Yet lawmakers continue to resist such common sense measures.

And they will no doubt resist a measure introduced last week by Rep. Lisa Subeck (D-Madison) to reduce the spread of stolen guns, which are often used in crimes. A 2017 study estimated that there are approximately 250,000 gun theft incidents per year, with about 380,000 guns stolen.

Subeck’s proposal, LRB-1027, among other things, would require businesses that sell firearms to secure all firearms when the business is unattended and report lost or stolen firearms within 24 hours of discovering this, to enable law enforcement to trace guns more effectively, and make the prosecution of users of stolen guns more likely.

The spread of stolen guns, along with the right to carry a concealed weapon, threatens all of us, but particularly police officers. As Flynn once noted, “when the police see someone carrying a gun we are to assume they are carrying legally, even in a high-crime neighborhood where there are hundreds of crimes that happen.”

Some may be “good guys with guns,” but many are bad guys or simply trigger-happy ones like Jordan Fricke, and it becomes a nightmare for police officers trying to tell one from the other. It is difficult enough for police officers to make the right, split-second decision regarding the use of force, but now we’ve loosed a force of untrained concealed carry honchos across our state to make such decisions and innocent people are getting killed. Matthew Rittner isn’t the first and won’t be the last police officer slain because of this.

2 thoughts on “Murphy’s Law: About Those Good Guys With a Gun”