Apartment complex will merge old with new in Walker's Point. 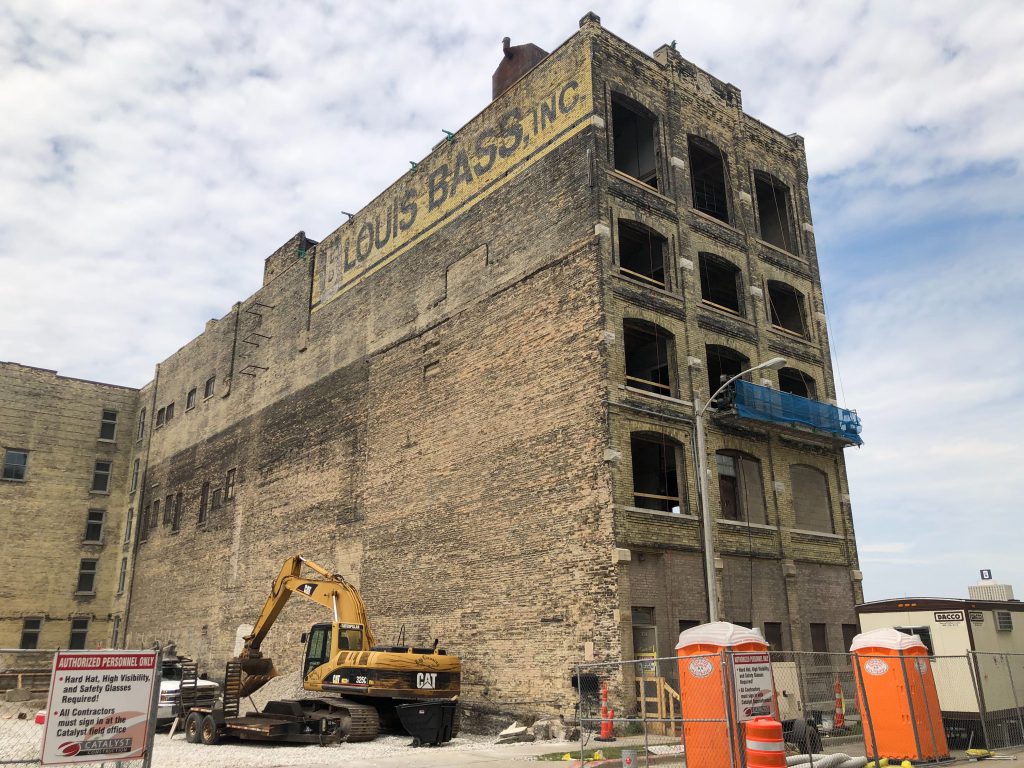 Construction on the Louis Bass Apartments in Walker’s Point. Photo by Jeramey Jannene.

Construction on a rare combination of new construction and historic redevelopment is underway in Walker’s Point.

Ann Pieper Eisenbrown is leading the conversion of a 128-year-old warehouse into apartments and adding a modern addition to its largely windowless southern facade along W. Florida St.

The five-story building, located at 331 S. 3rd St., was constructed in 1891 and was used by manufacturer Louis Bass Inc. for decades, with the painted signs on the building lasting much longer. Pabst Brewing Company originally built the warehouse structure.

An attached building, now known as the Serif Apartments, was also developed by Pabst and recently redeveloped by Eisenbrown. The preservation specialist also redeveloped a former warehouse immediately east of the Louis Bass building into office space a decade earlier.

The historic building was designed by the brewery’s architect of choice – Otto Strack. The architect also designed the Pabst Theater and a large number of brewery-owned bars, known as tied houses, for the then-brewing giant.

Pabst had a large footprint in the area when the building was developed. Pabst, then known as Phillip Best & Co., acquired Melms Brewing in 1869 and with it what came to be known as the South Side Brewery at S. 8th St. and W. Virginia St. Over the next couple of decades, Pabst built a number of warehouses in the area, including this one, to lease to other firms.

Serif and the Louis Bass building form an L-shaped complex, set back from W. Florida St. at its intersection with S. 3rd St. The new addition, planned to rise four stories, will occupy what was most recently a parking lot in that leftover space. Foundation work on that portion is ongoing.

The redevelopment is being done in accordance with National Park Service guidelines, allowing Pieper Eisenbrown to leverage historic preservation tax credits to support the redevelopment.

Catalyst Construction is leading the general contracting on the project. Engberg Anderson Architects is serving as the project architect.

The building is located in the middle of what has become a hot spot for development in Milwaukee. In addition to Serif and 234 Florida, the Brix apartments and the Iron Horse Hotel are to the building’s west with The Yards to its north and The Quin and an apartment project at 214 E. Florida St. underway to the east. 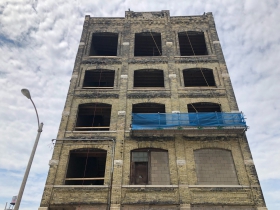 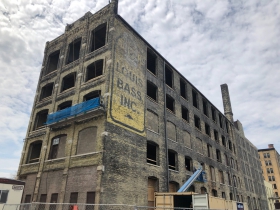 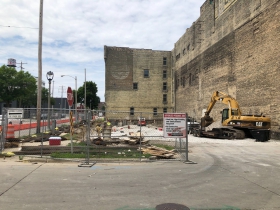 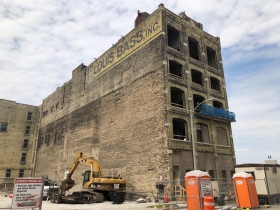 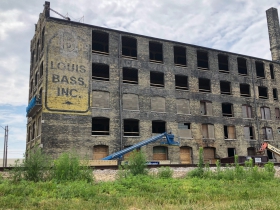 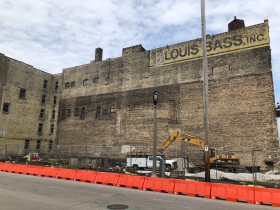 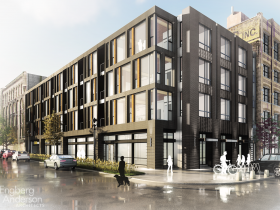 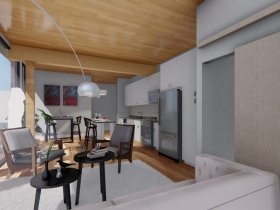 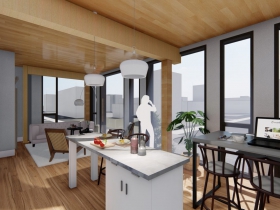