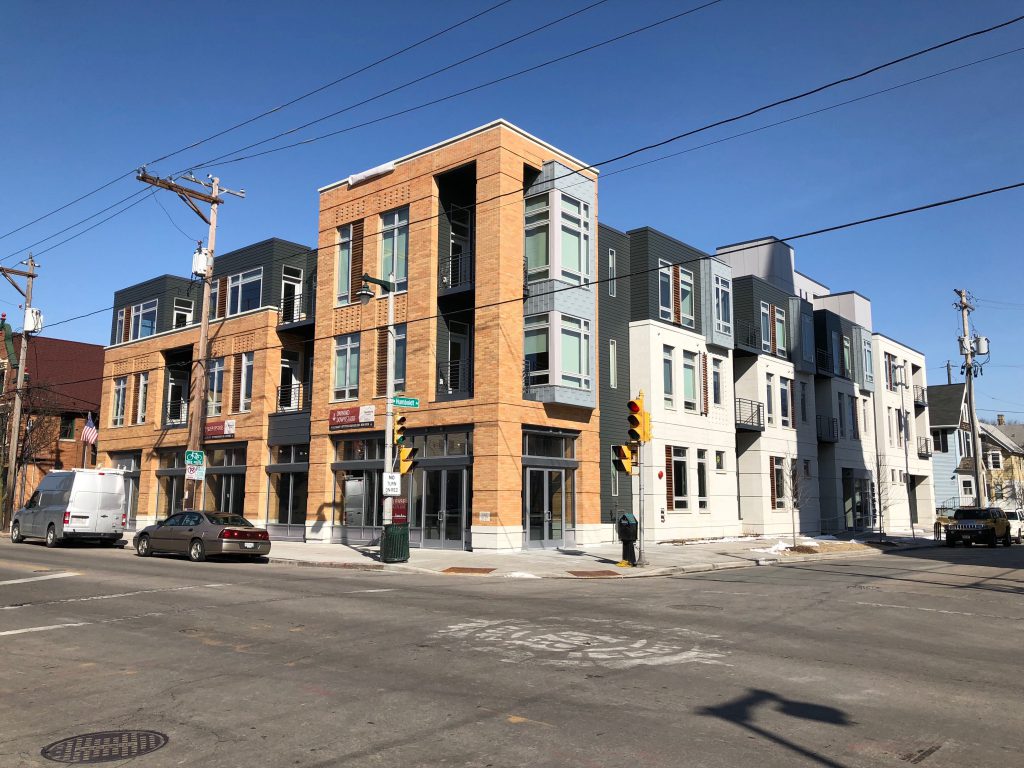 While owner Ashraf Mustafa spoke about some of his plans last year, he seems to be keeping any other updates under wraps for the time being. The Business Journal’s Sari Lesk shares some of the details Mustafa disclosed in 2018:

He declined to comment on the details of his menu but said last year Mac Shack would cater to all tastes. At that time, he cited examples of a Brady Street Mac – featuring chili, hot dogs and fried onions – and a dish with a Greek theme to honor Milwaukee Bucks star Giannis Antetokounmpo.

Mustafa previously said Mac Shack would have 10 oven-fried macaroni and cheese dishes, along with the option for customers to create their own meal.

While Sosnowski could not be reached for comment, Urban Milwaukee reports on the license application:

While the business is described simply as a “tavern with live entertainment” on the application, piano serenades, sing-a-longs, solos and duels can be expected if the Milwaukee location mimics the Madison bar. According to The Ivory Room Piano Bar’s website, the Madison location also offers taps of local, craft beer along with craft cocktails and a variety of wines.

The proposed opening date for the Milwaukee location is September 29th. The Ivory Room expects to make 95 percent of its sales from alcohol and the other 5 percent from “secondhand merchandise,” so it does not appear that any food will be served.

A Marquette University undergrad student has plans to bring a new cafe to the campus area. The cafe will be called SereniTea, and will focus on bubble tea (also known as boba tea). SereniTea will open at 1414 W. Wells St. A Subway shop formerly operated inside the space, but closed following an eviction notice from the Milwaukee County Sheriff‘s Office in February 2018.

SereniTea’s owner, Manpreet Singh, is a 24-year-old undergrad majoring in business administration who likes bubble tea and wondered why there weren’t more places offering it in town.  Singh also told BizTimes he hopes the cafe will satisfy the need for more unique and less-crowded coffee shops on and around the Marquette campus. Singh spoke with Maredithe Meyer about the different types of tea that will be offered:

In addition to bubble tea, SereniTea will serve coffee and light snack items, all made in-house, Singh said. The full menu is still in the works, but it will offer a range of bubble tea flavors including, jasmine, green, black and milk tea that can be mixed with a variety of fruit-based syrups and tapioca pearls.

The building is currently under construction, but Singh hopes to be open by the end of August. While his father is offering some help, Singh is providing the majority of the resources needed for the cafe himself. SereniTea will be be open 8 a.m. to 11 p.m. daily.

Mad Chicken To Roost on East Side 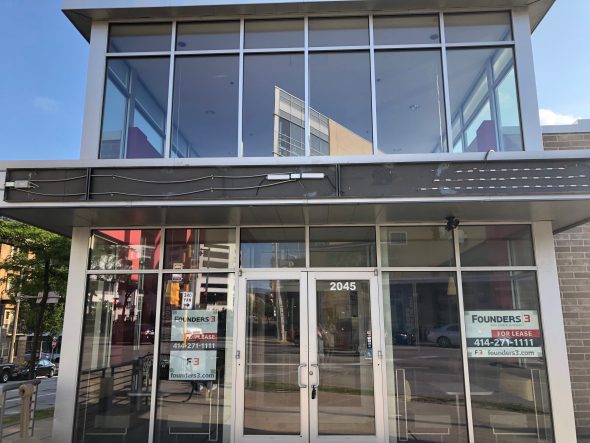 This will be Mad Chicken’s first stand-alone restaurant. Urban Milwaukee reported on the venture and the menu planned: 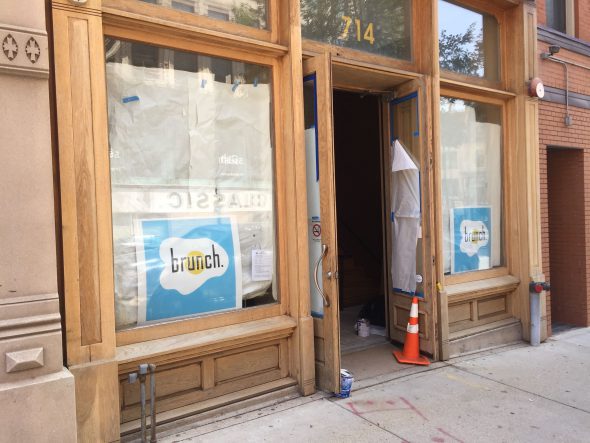 Brunch Milwaukee closed its flagship location at 800 N. Plankinton Ave. in June following extensive flooding to the building’s basement. Now, the business has announced it will be moving to 714 N. Milwaukee St. Construction will begin immediately, and Brunch hopes to reopen in September.

“We’re excited and optimistic about our new location. The staff is ready to get back to work, and we miss all of our downtown customers!” says manager Tay Brittain in a press release.

Owner Morgan Sampson and Executive Chef Mike Holz opened the downtown location in 2016, and later opened another location in Brookfield in 2018. “We’re really fortunate to have found such an incredible new location. With more space, we can’t wait to grow and serve more people!” says Sampson.

Brunch is expected to make a grand opening date and event announcement in the coming weeks. Brunch Brookfield is open 7 a.m. to 3 p.m. Monday to Friday and 8 a.m. to 3 p.m. Saturday and Sunday.

In May, Urban Milwaukee reported on a license application for a restaurant and event space, dubbed Walker’s Lounge and Events, located at 626 S. 5th St. Owner Felipe Martinez, Jr. has since been making renovations on the space and is eyeing an opening date. Martinez hopes to open Walker’s Lounge in mid-August with a “casual open-house-style social,” and an official opening at a later date.

Sandwiches will be the focus of the entree portion of the menu, which will feature a variety of slider-style options including the Walker Popper Sliders featuring beef patties stuffed with cream cheese, jalapenos and bacon and Los Jibaritos, a slider variation on the classic tostone sandwich.

Martinez says he plans to offer a Latin-inspired brunch on Saturday, Sunday and Monday, complete with live music and a menu featuring items like maduros (sweet plantain) French toast, a twist on eggs Benedict featuring carnitas and salsa verde and mini chicken and waffle sliders.

Happy Hour will be held from 4 to 7 p.m. Friday, Saturday and Sunday. A “happy-hour-style menu” and live music will be featured during Latin Nights on Thursday evenings from 5 to 10 p.m. Walker’s Lounge also plans to offer live music on Friday and Saturday nights.

Walker’s Lounge is also available to rent for both small and large private events, with a maximum capacity of 150 to 200 guests. Walk throughs are currently available, as well as the option to book events for the rest of 2019 and 2020. More information about booking events can be acquired by emailing walkersmke@gmail.com. 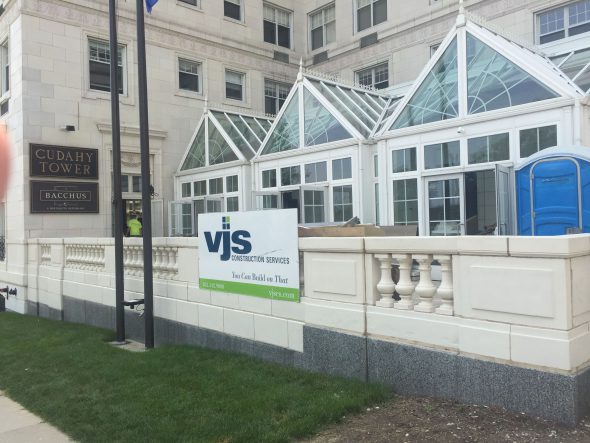 Bacchus (925 E. Wells St.) has temporarily closed for renovations to the restaurant and alterations to the menu, which is being curated by Executive Chef Nick Wirth. The closure began on July 22nd, and the restaurant plans to reopen on September 16th.

The updates are inspired by the late Joe Bartolotta, who passed away in April. “The design elements for the renovation, conceived in partnership with Amber MacCracken of Kahler Slater, were among his last projects,” states a press release from Bartolotta Restaurants.

Urban Milwaukee reported on the changes planned for the space:

A new lightning design will be implemented in the dining room and bar area, intended to complement “the natural light from the adjacent Conservatory.” The restaurant’s flooring, bar top and seating areas will be refurbished. A tasting room will also be added in the space that is currently known as the Lakeview Dining Room.

Chef Wirth, who has worked for the restaurant since 2009, will stay true to the restaurant’s mission of incorporating seasonal ingredients into modern cooking, but he will also “evolve the menu.” General Manager Patrick Erdman and Restaurant Wine Manager Joe Kane will curate a comprehensive wine list. Both Erdman and Kane are sommeliers.