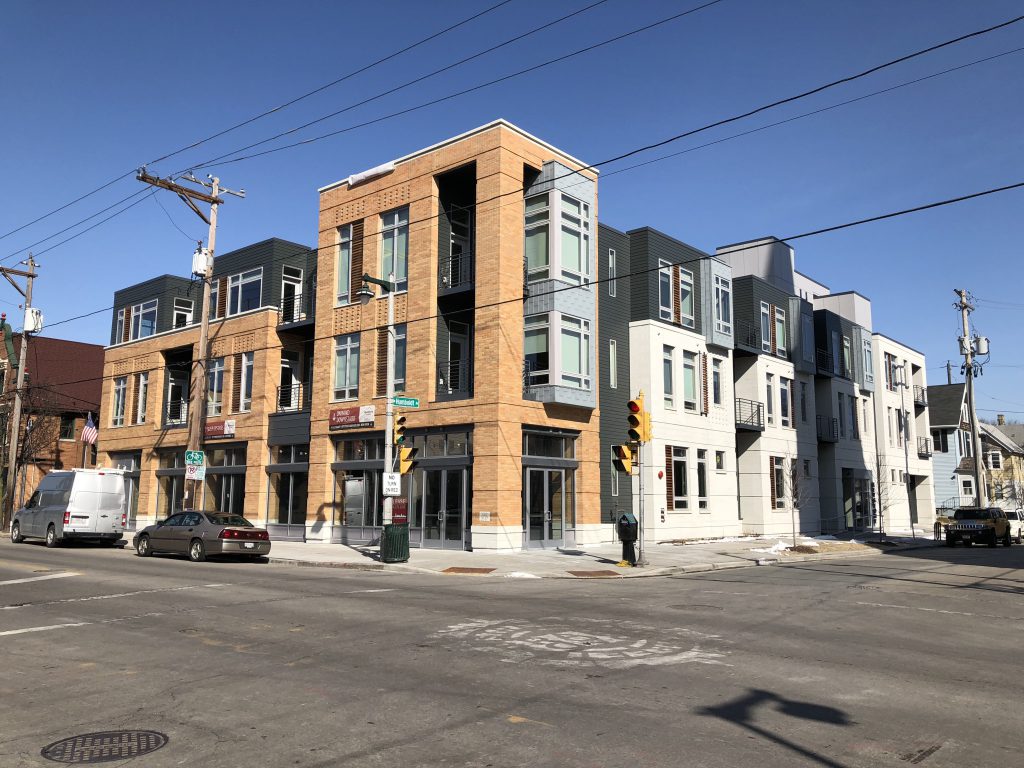 Brace yourselves: the best mac ‘n cheese in Wisconsin might be coming to the East Side. Soon.

Owner Ashraf Mustafa is claiming that his new restaurant, Mac Shack, will offer “the best tasting mac ’n cheese in Wisconsin, hands down,” according to a report by Sari Lesk of the Milwaukee Business Journal.

The fast-casual venue will be inside of the Keystone on Brady apartment building at 1701 N. Humboldt Ave. and will offer at least 10 different oven-fried mac ‘n cheese dishes, as well as options for customers to build their own dish.

“I’ve literally tried every bowl of mac ’n cheese, and I’ve gone out of my way to create something better,” he said…

Mac Shack will cater to all tastes, Mustafa said. His Brady Street Mac, for example, will feature chili, hot dogs and fried onions…

Pending city approval, Mustafa hopes to open the restaurant before the end of this year. The venue also plans to have private catering options as well as possible delivery service through an online platform like Grubhub or EatStreet.

Now, the Latin-style restaurant and bar is slated to open its doors to the public on Thursday, November 1st under the ownership of Stephan Gonzales-Rosaria, Jesse Fonseca, and Carmen Munoz.

An extensive mix of Puerto Rican, Mexican, Caribbean, and more flavors makes up the menu, which can be viewed on Sabor Tropical’s website. In terms of drinks, a variety of Latin-inspired and tropical cocktails will be served at the bar, including pina coladas served in halved pineapples.

“We’re really trying to differentiate ourselves in terms of the quality,” notes Fonseco, explaining that the bar won’t stock the standard rail spirits. 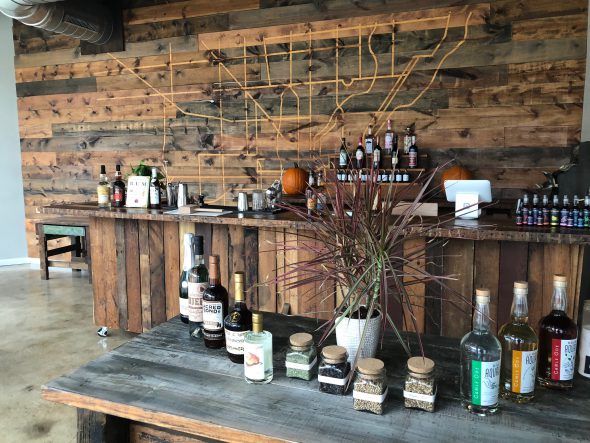 The Bay View-based manufacturer of bitters, Bittercube, just opened a new facility in the Uptown neighborhood on Saturday, including a new bar and retail shop.

The expansion of operations was spurred by the need for owners Nick Kosevich and Ira Koplowitz to expand their growing business and offer consumers a more direct way of experiencing the concoctions that go into cocktails around the nation.

The new tasting room and retail shop–Bittercube Bar & Bazaar–will be combined with a new manufacturing building located at 4828 W. Lisbon Ave. where bitters are produced, giving people the opportunity to have a taste of what Bittercube is made of.

Bittercube co-founder Ira Koplowitz told Urban Milwaukee why his company decided to relocate. “We had outgrown our space in Bay View and were looking for more room, as well as looking for the ability to have a tasting room and have retail,” he said…

“We’re really excited to showcase everything Bittercube has to offer,” said Koplowitz. The tasting room will allow Bittercube to show off its bitters, tonics and elixirs. With a liquor license, Bittercube will offer both alcoholic and non-alcoholic drinks.

The bar that closed three years ago is coming back to the same spot it left, sharing the space this time as a sister business.

Buckhead Saloon, formerly located at 1044 N. Old World Third Street, will return to part of that same location, since it will be sharing the space inside of the current RWB Milwaukee. That’s right–a bar inside of a bar.

The return will kick off with a two-day grand reopening bash, taking place this Friday and Saturday, November 2nd and 3rd.

Chris Foran of the Milwaukee Journal Sentinel has more information on the bar’s comeback:

Dehne said via email Thursday that patrons will have to enter Buckhead Back Bar Saloon through RWB’s Old World Third Street entrance. The “new” Buckhead will incorporate the original’s northwoods cabin feel, and will add eight booths, six bar tops and 20 stools to the space.

A patio along the RiverWalk will be added this spring, he said.

Dehne stressed the grieving from customers at the current RWB about the old Buckhead Saloon, which may have contributed to bringing it back–if only partly.

Although no specific hours have been announced yet, the new Buckhead Saloon will likely operate on Fridays and Saturdays, with Thursday nights coming in the future. 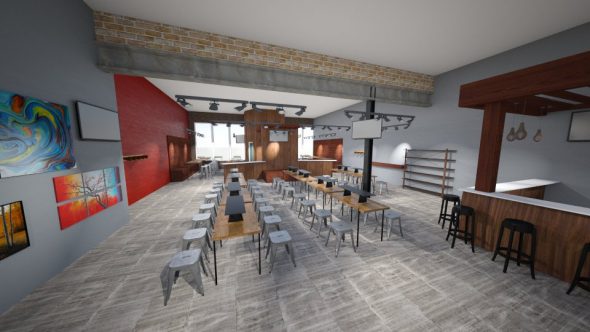 The unique bar that offers painting while you drink is planning to move from the Historic Third Ward early next year.

Owners of Splash Studio David and Marla Poytinger have plans to move from the current location at 184 N. Broadway to 1815 E. Kenilworth Pl. on the East Side, after leaving their current business partners.

The new location will place the artistic bar closer to the other two venues owned by David and Marla, namely AXE MKE on Kenilworth Pl. and Nine Below on North Ave.

Lesk and the Business Journal have more details from Marla:

“We will be particularly sad to leave our partnerships with Joseph Properties, Hudson Business Lounge and the Historic Third Ward Association,” she said. “We look forward to bringing the creativity of the Splash Studio brand closer to our other bars and growing the concept even further on the East Side.”

The bar is expanding its offerings to include family programing and patio seating at the new site, according to the release. Current membership plans will continue, and the team is working on programs that would offer admittance to all three of the Poytingers’ businesses.

The current location in the Historic Third Ward will remain open until the beginning of next year, though an official closing date has yet to be announced. An opening date for the new location will be released in the coming months.

A popular West Allis business has plans to expand its venture by opening a butcher shop just across the street.

Located at 6832 W. Becher St., the West Allis Cheese & Sausage Shoppe will open a new full-service butcher shop in a vacant building across the street at 2079 S. 69th St. Owner Mark Lutz says this will provide more space to sell a wider variety of meats and cheeses, which isn’t possible with just the current venue.

The full-service butcher shop, set to open this spring, will sell a variety of premium-quality meats and charcuterie at a “reasonable” price, all available for custom orders, Lutz said.

“The price point will be somewhere in between Pick ‘n Save and Sendik’s,” he said…

It will also allow the business to expand its catering offerings.

The West Allis Cheese & Sausage Shoppe also currently operates a food stand at the Milwaukee Public Market in the Historic Third Ward. Lutz is aiming to open the new shop in West Allis by Easter 2019.

The small eatery that served up anything from burgers and hot dogs to churros and alcoholic shakes closed its doors last week.

The Ruckus announced the closing via a Facebook post, saying their last day of service would be on Sunday, October 21st.

Jeff Rumage of the Milwaukee Journal Sentinel has more:

The Ruckus was owned by Scott Schwebel, of Colectivo Coffee, as well as the three co-founders of Colectivo…

Schwebel said The Ruckus’ business was never able to meet their expectations.

“We worked hard to create and deliver a wonderful environment, offered a high-quality product with fantastic ingredients from the best purveyors, along with a great group of co-workers,” he said. “I’m really proud of what we built and disappointed in the result.”

The Ruckus had only been open for less than two years before closing.