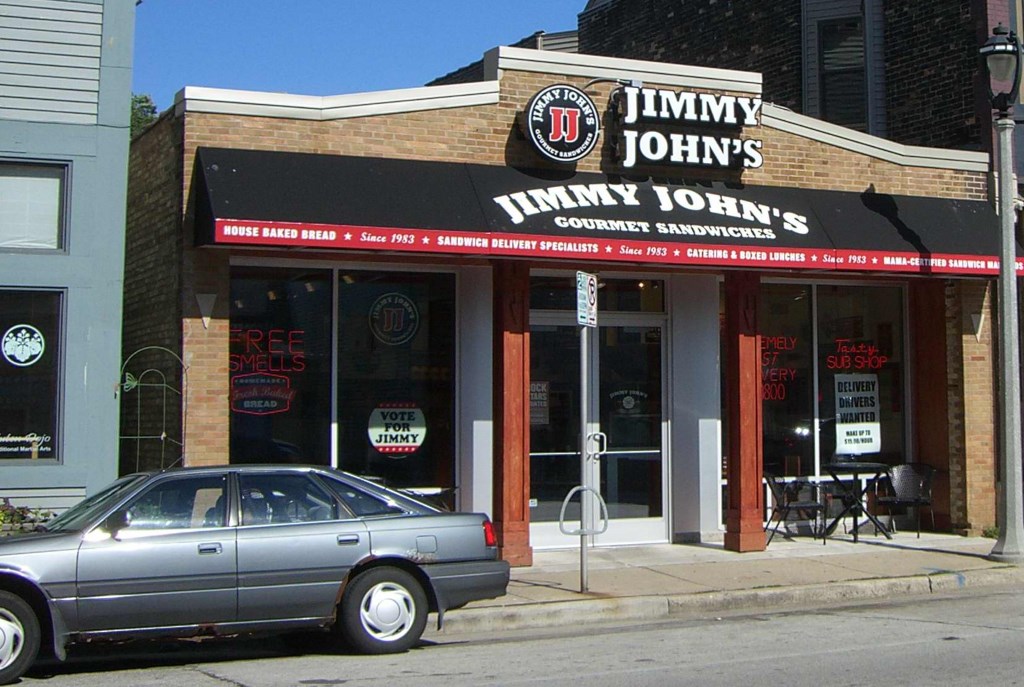 2242 S. Kinnickinnic Ave. Photo from the City of Milwaukee.

Following the closure of the Peking House in Jan., the space at 782 N. Jefferson St. will house two new businesses. Dogg Haus owner Mazen Muna will be moving the restaurant from 790 N. Jefferson St. into the new space, allowing for menu and seating area expansions. And Muna, who also owns Plum (780 N. Jefferson St.), plans to open a Mexican and Latin American restaurant in the location as well.

OnMilwaukee’s Lori Fredrich spoke with Muna about his plans for his new place:

Although the menu is still in development, he says it will include items like a Buffalo chicken taco with chicken tenders, Buffalo sauce, blue cheese, ranch and celery along with a falafel-inspired taco.

“We’ll really be celebrating global cuisines with crazy, non-traditional but flavorful items,” Muna notes, adding that all items will focus on fresh locally sourced ingredients, including meat from area butcher shops and produce from nearby farms.

The bar and restaurant, which has yet to be named, will feature lunch, dinner and late night hours. The bar, which will be fully stocked with tequila, will showcase a curated menu of cocktails developed by Plum Lounge bar manager JC Cunningham. The offerings are expected to derive inspiration from classic cocktails with origins in both Mexico and South America and will feature options including margaritas, Pisco sours, Argentinian-style sangria and caipirinhas.

The name and opening day for the restaurant has yet to be announced.

A new pizzeria is reportedly headed to Bay View, and will occupy the former Jimmy John’s space at 2242 S. Kinnickinnic Ave.

Fredrich has the scoop:

Signs on the property, located next to Riviera Maya on Bay View’s main strip, indicate that a new restaurant called Pizza Di Famiglia is coming soon. And judging from the name, that sounds like a pretty likely spot for Italian-style pies and maybe a few other saucy specialties.

It’s a nice name for a restaurant, one that’s worked well for this restaurant in France.

New Menu at The Vanguard

The Vanguard in Bay View (2659 S. Kinnickinnic Ave.), known for its “tubed meat delicacies,” will be changing some of its offerings starting soon. Patrick “Paddy” Joyce, who’s worked at The Vanguard since its 2014 opening, is at the helm of the new menu. Joyce was promoted to head chef in January, when Shay Linkus parted ways with the restaurant to open Snack Boys.

Milwaukee Record’s Tyler Maas provides a full list of new items, as well as low-down of what’s coming and going:

On top of new sausages (some served with interesting bun alternatives to cater to diabetics and people averse to carbohydrates), The Vanguard will offer a red chorizo torta, beer braised brussels sprouts, and a new brunch version of its popular Durty Burger.

Sadly, the implementation of these new items means other offerings will be retired or put on an indefinite hiatus. After being brought back from the dead last year, the Kilig is going away again, as is the popular and downright delicious Mitch, along with the woefully underrated Dry Fried Green Beans.

The Milwaukee Business Journal’s Melanie Lawder reports on the closure:

In a news release posted on Facebook, nearby business The Explorium Brewpub expressed sadness at the closure of the restaurant, but offered to take applications from employees that may have been displaced. Buca di Beppo and The Explorium had collaborated together on certain events and promotions, said owner Mike Doble in that news release.

This is more than a restaurant closing, it’s the end of a whole way of life for those who like reserving their movie seat at a place with big seats and food trays that only allows adults, and eating dinner or bowling before or after the movie at the iPic’s adjoining barbecue restaurant and bowling alley. This involves a whole set of concepts that are dying before our very eyes, as the news release notes. The iPic’s closing “also includes the closing of our barbeque restaurant concept, Big Daddy’s Brew + Que, in addition to our bowling concept, Pinstrikes, which shared this property,” the release told us. Yep, its “Sad news, cinema and reserving-your-seat-at-a-movie-theater-for-no-reason fans,” as the Milwaukee Record noted.

Sarah Lipo of the Marquette Wire broke the news:

The Sheriff has yet to return a phone call about the eviction, the city did confirm it was not due to health concerns. All items of value were removed from the store and placed into storage, according to the eviction notice.