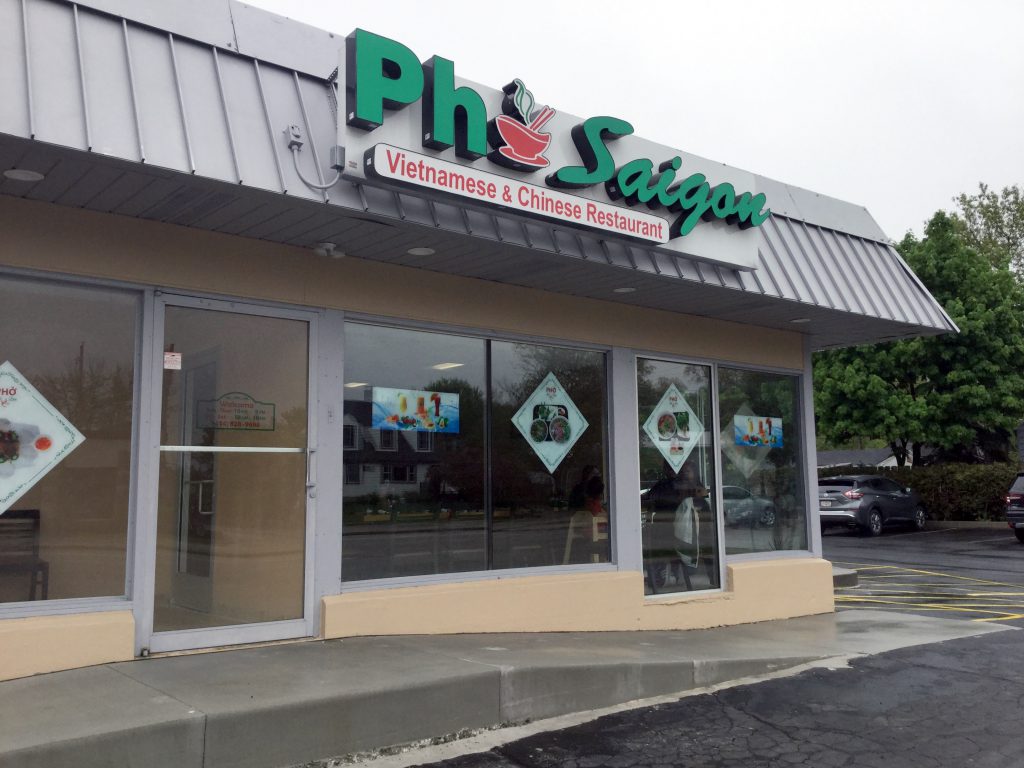 The first thing I noticed at Pho Saigon was their immaculate dining room. It gleamed, tables in perfect rows, with arranged condiments that suggested careful attention to the details of their Vietnamese food we were about to try. The second thing I noted was the enticing smell of a rich broth bubbling somewhere in the back which I couldn’t wait to taste. The dining room, sparsely decorated, has a dozen tables, booths along one side, a few pieces of art, and a TV going in a back corner.

Our server, who immediately appeared at our table, did not speak much English, only enough to take our order, which was fine, and hinted of the authenticity of this sparkling, still rather new restaurant. 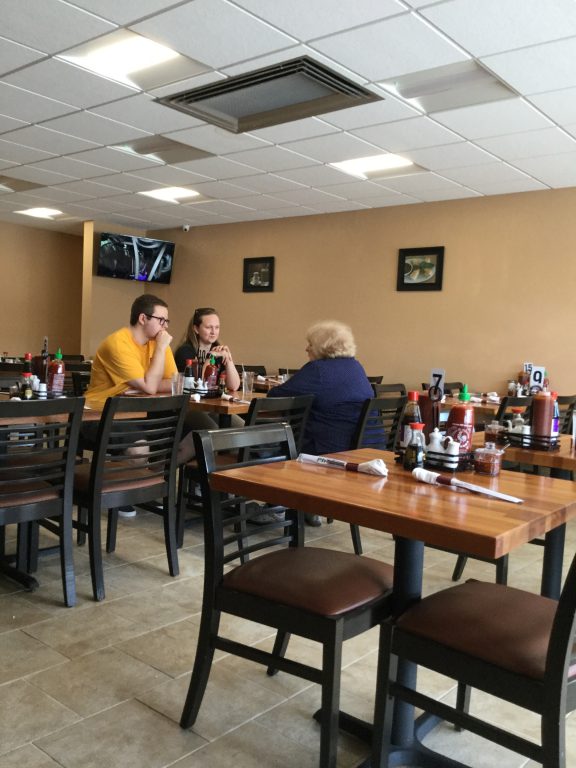 We started with shared spring rolls filled with shredded lettuce, rice noodles, and three juicy shrimp, tucked inside each roll. A small dish of peanut sauce accompanied the rolls. The sauce looked good, and it was, after we mixed it with a generous squirt of Sriracha and red pepper sauce from the eight sauces on the table.

From a list of seven steamed rice dishes including Sweet and Sour Chicken, Mongolian Beef, and Stir-Fried Mixed Vegetables, I ordered Lemongrass Chicken. It was like a Vietnamese version of Tex-Mex fajitas, stir-fried pieces of white meat with sliced onions, red and green peppers, carrots and tomatoes. The chicken and the veggies came in a spicy sauce that left a slow burn in the mouth. The delicate flavor of lemongrass added a defining touch to this this classic Vietnamese dish. If you’re hesitant about trying spicy food, Lemongrass Chicken would be a good place to start with its gentle spicy sauce moderated by cilantro.

My companion chose the Special Crispy Rice Noodle with Shrimp. For this dish, the chef stir fried the rice noodles until they were crisp, then used them to make a nest for bok choy, carrots, broccoli, celery, pea pods, baby corn and seven large shrimp. The crisp noodles soaked up the slightly sweet sauce which they needed to give them some flavor. This relatively bland dish also called for some heat, again, easily remedied by the assorted sauces available on the table.

On a subsequent visit, Tic Toc Tofu, an appetizer, deep-fried tofu with soy sauce, piqued my curiosity. Small cubes of tofu were coated with a tempura-like batter and deep-fried until the batter became crisp. Our server, who spoke fluent English, explained the batter was similar to a tempura batter but lighter, and the soy sauce, different from the sauce on the table, was seasoned by the chef. Whatever magic took place in the kitchen, it transformed bland tofu into little bites that dissolved into deliciousness when dipped in the special soy sauce.

My companion’s Grilled Pork and Shrimp Vermicelli was another nest of noodles, this one topped with cucumbers, cabbage, sprouts, pickled carrots, shrimp and pork, which turned out to be more like slices of pork belly than grilled pork. A separate dressing of lime juice, fish sauce, chili, and sugar, completed the dish. Our served explained that my companion needed to mix the dressing into the entire dish to bring out the flavors. Without the dressing, it would have been meh, especially the plain vermicelli noodles. With the dressing, it was a stunning combination of well-balanced flavors, complemented by the dressing, a mandatory addition to the dish.

My Banh Mi was close to perfect, the crunchy French roll, soft inside, the requisite pickled carrots, cucumber, daikon radish, several thin slices of tender grilled beef and cilantro, together creating a compelling sandwich. It showed off what its fans love about Vietnamese cuisine, multiple layers of flavor, tumbled together in a single package.

We shared a Strawberry Smoothie, dessert in a cup, made with fresh strawberries, half and half, and a touch of sugar. When we asked about the strange tapioca balls in the drink, our server said the Vietnamese people like them, perhaps because they add a hint of vanilla to the drink. In our opinion, they added only aggravation, as they clogged the straw.

I’ve barely touched the menu with its many choices, including 11 variations of basic Vietnamese Pho. It was on almost every other table, a large bowl of rice noodles in broth with a protein, served with a plateful of accoutrements including cilantro, sprouts and sliced lime. The delicious rich smell of the broth was fully present in the restaurant.

In every dish, friends and I found the complex flavors of Vietnamese cuisine: clean, clear, fresh, in combinations that never failed to surprise us. The one thing I can write with absolute certainty is this, if you like Vietnamese food, and you make the trip out to this part of West Allis, Pho Saigon will not disappoint you. 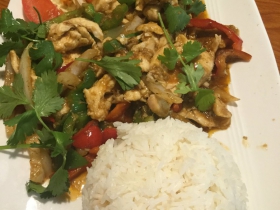 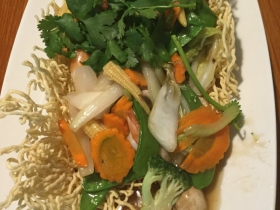 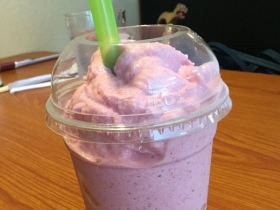 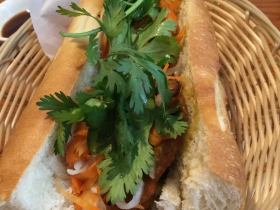 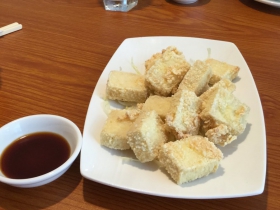 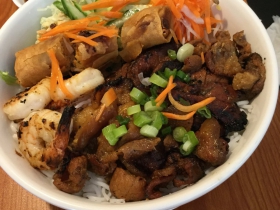 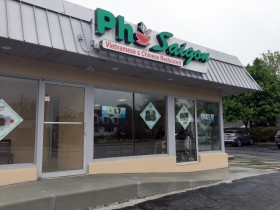 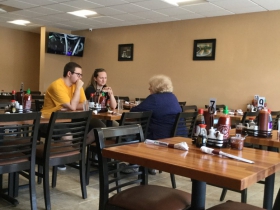