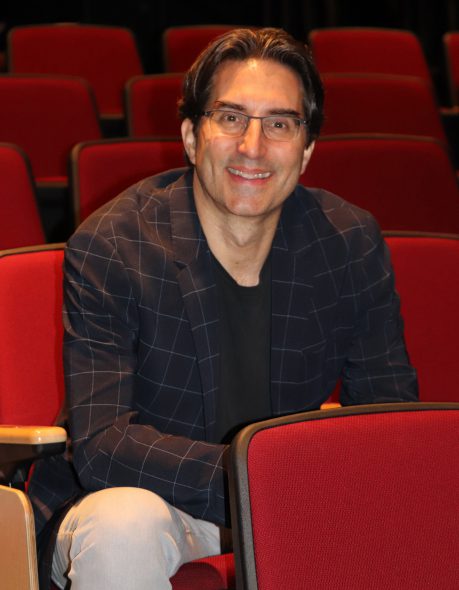 After a 10-month national search for a new artistic director, the Skylight Music Theatre has chosen a New York based theater and opera director who has been an associate artistic director and head of education for an off-Broadway theater that specializes in musicals, the York Theater Company.

“It’s sort of like coming home for me,” said Michael Unger, a Chicago native whose father and relatives still live there. “I can see my dad every weekend.”

Unger joins the Skylight in September and plans to spend his first year acquainting himself with the community and theater. “I’ve been to Milwaukee three times as part of the artistic search,” he said in a phone interview while he was driving to rehearsals of Matilda in Connecticut. “I‘m sort of jealous of Ray for picking such a great season of shows I know. I saw Kiss Me Kate and was blown away by the talent.”

Ray is Jivoff, the Milwaukee theater veteran who planned the new season, but left to explore his own desires.

Chicago native Unger is also known out east as producing artistic director of NewArts in Newtown, Conn., which brought children together with Broadway professionals for a highly regarded performing arts experience in the wake of the Sandy Hook tragedy. A 2016 documentary based on a rock musical he created from a Shakespeare play, Midsummer in Newtown, is available online.

Besides his work on the East Coast, he has worked in Chicago, Los Angeles, and Yekaterinburg, Russia – and many places in between. He has  worked with such theatrical luminaries as John Kander, Lynn Ahrens, Stephen Flaherty, Gary Sinise, Terry Kinney, Susan Stroman, Richard Maltby, Jr., David Shire, Christopher Gattelli, and John Weidman.

The choice of Unger was announced today by Skylight executive director Jack R. Lemmon and applauded by board members. Unger will join the theater for its already chosen and contracted 60th anniversary season.

He’s married to actress Janet Metz and the father of grown twins Nathaniel and Phoebe. Nathaniel will be attending Northwestern University, a plum for moving back to the Midwest, Unger joked in our interview.

He has directed dozens of productions on stages of all sizes, including helming benefit concerts. He has also taught theater and guest directed at noted colleges from New York’s Juilliard to the University of Utah.

He also co-directed the early world premiere (2004) of The 25th Annual Putnam County Spelling Bee, which is on the Skylight’s 2019-2020 schedule. Those Skylight directing chores have already been contracted out.

Jill Anna Ponasik, the talented director of Milwaukee Opera Theatre, will remain artistic associate at the Skylight and is directing the upcoming Oklahoma!

As to the challenge of attracting new audience members to the Skylight, an issue facing all theaters, Unger predicts a measured approach. “I don’t intend to be a shock to the system,” he laughed. “But every theater company has to be exploring ways to attract young audiences. Our selling point is something only theater has – intimacy of the personal experience.”