By Wisconsin Democracy Campaign - Jun 26th, 2019 12:30 pm
Get a daily rundown of the top stories on Urban Milwaukee 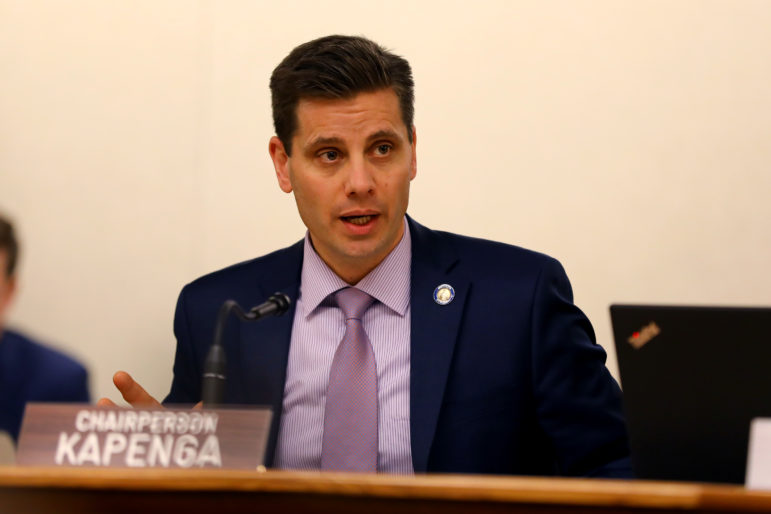 GOP Assembly lawmakers added a provision to the proposed state budget that makes it easier for Tesla Motors, which has made more than $28,000 in corporate and individual campaign contributions to legislative fundraising committees, to sell cars in Wisconsin.

The measure, which would allow Tesla to sell its electric vehicles directly to consumers rather than use dealerships, was added Tuesday shortly before the Assembly approved the budget 60-39. Three Republicans and all the Democrats voted against it. The three Republicans were Reps. Janel Brandtjen, of Menomonee Falls; Rick Gundrum, of Slinger; and Tim Ramthun, of Campellsport.

The Tesla provision may also help the Republican-controlled Senate, which was scheduled to consider the budget on Wednesday, get a favorable budget vote from GOP Sen. Chris Kapenga, of Delafield. Kapenga introduced a similar proposal in 2017 and owns a business that sells Tesla parts and salvaged electric vehicles.

Kapenga, who is an accountant, owns Integrity Motorsports of Eagle, which sells Tesla parts and rebuilds and sells salvaged Teslas.

Tesla made $28,000 in corporate contributions in 2017 and 2018 to four legislative campaign committees run by Democratic and Republican Senate and Assembly leaders to raise money for elections, including:

$10,500 each to the Committee to Elect a Republican Senate and the Republican Assembly Campaign Committee;

$5,000 to the Assembly Democratic Campaign Committee;

$2,000 to the State Senate Democratic Committee.

A Tesla employee also made a $200 campaign contribution to a Democratic legislative candidate in April 2012.