Dinner in the Alley Raises Support for Homeless

The annual dinner is sponsored by The Salvation Army and was held in the Deer District. 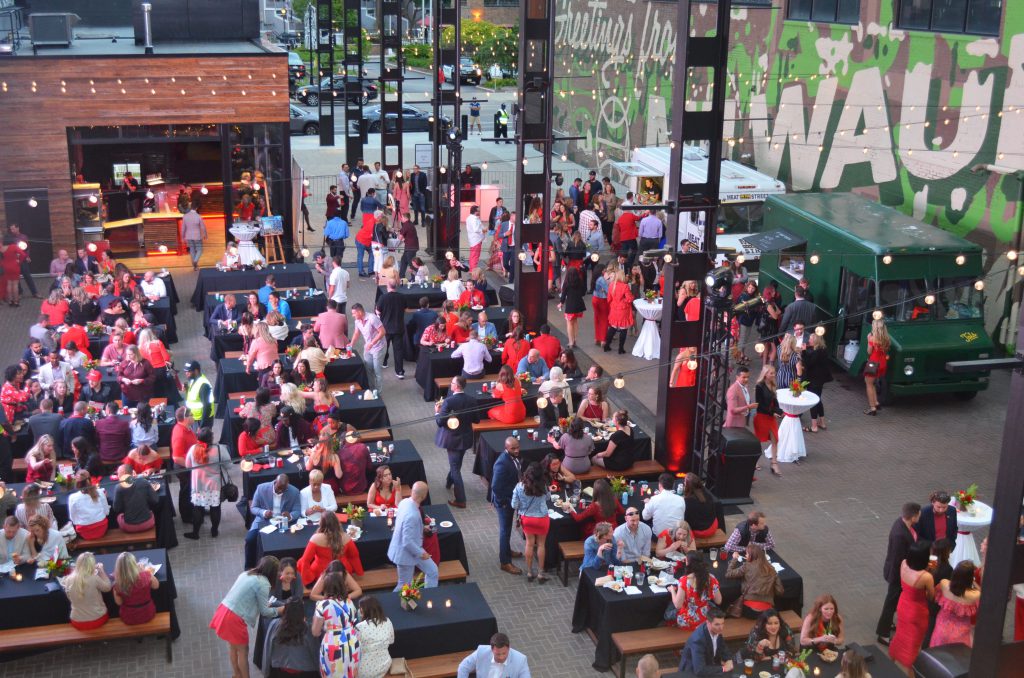 Dinner in the Alley. Photo by Jack Fennimore.

The 5th annual Dinner in the Alley was held last weekend to bring awareness and support to the homeless population in Milwaukee.

The dinner was hosted by The Salvation Army of Milwaukee County’s young professional group, Echelon MKE, and held at the Beer Garden in the Deer District at 1133 N. Old World 3rd St. The event featured food from Meat on the Street, Tots on the Street, Foxfire and more. A raffle offered prizes worth as much as $800, including a package containing an overnight stay at the Marriott and a Packer’s viewing party at the Mecca Sports Bar and Grill. A painting of the event painted live by Katie Geis sold for $1,050 during the silent auction. Guests were encouraged to dress in red, the signature color of The Salvation Army.

Jonathan Newby, the co-chair for the Dinner in the Alley event, told Urban Milwaukee that every dollar raised through the event goes to a dinner called Serve at The Salvation Army’s homeless shelter, the Emergency Lodge. The dinner is held around Thanksgiving and the idea is to give the homeless community a fine dining experience they’ve never experienced before, Newby said.

Ryan St. Peter, the other co-chair for the event, told Urban Milwaukee that they raised between $20,000 to $25,000 before expenses through this year’s Dinner in the Alley.

“At Echelon, we believe in the betterment of the entire community,” St. Peter said. “We’ve seen homelessness in action, and we’ve seen the change that the young professional community here in Milwaukee can make. We believe that raising and increasing that awareness only helps our cause and helps raise the community as a whole and helps make Milwaukee a better place for everybody.”

Newby said that people at the shelter have told them that they’ve never had Thanksgiving dinner in their lives, and that includes people who are 50 years old.

“Not everyone gets a fair shake at life and we’re here to help each other,” Newby told Urban Milwaukee. “We’re all part of the same community, the same neighborhood. Steps away from where we’re partying right now, people are going hungry and they’re sleeping on the streets and we’re looking to change that.” 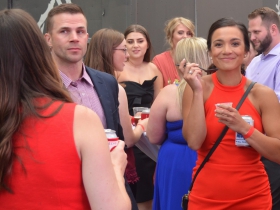 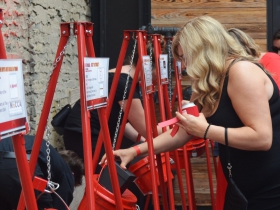 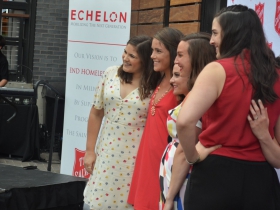 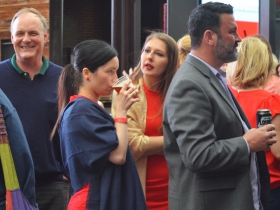 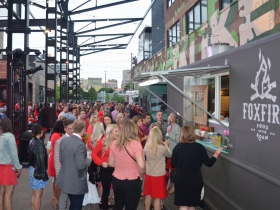 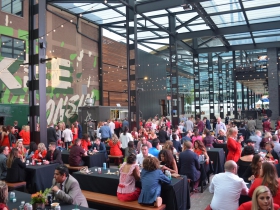