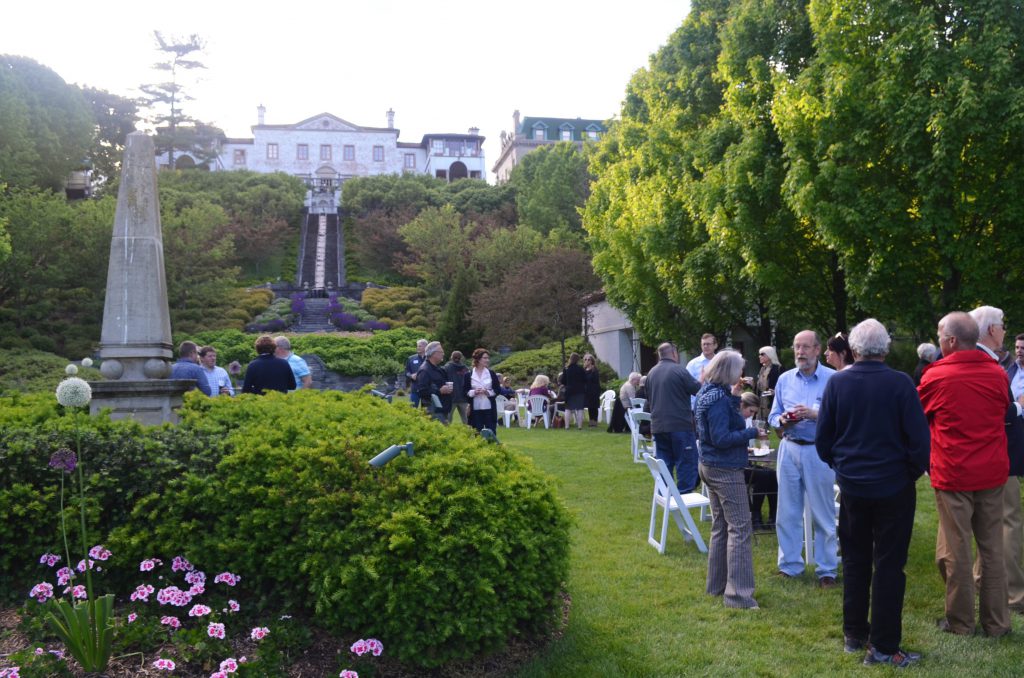 The publication was co-founded by president Jeramey Jannene and publisher Dave Reid in June 2008, with Bruce Murphy joining as editor and partner in 2012. Since then the publication has grown tremendously, going from releasing a couple articles a week to more than 20 articles and press releases every day. This year has shown continued growth, with readership surging 33 percent to a record high.

Jannene gave a brief speech thanking all of the publication’s writers and advertisers, as well as promoting the publication’s membership program, which has enabled a sustainable future. Urban Milwaukee has now surpassed 750 members, who’ve joined to support a publication they value — and to be eligible for free tickets, insider tours and other giveaways by the publication. If you’re among the many thousands of readers who read us on a daily basis, and you haven’t yet joined, today would be a great time to do so and become an Urban Milwaukee insider. Annual memberships are $88 ($11 off) for the first year. Offer good through the weekend with the discount code happy11thanniversary.

Originally built in 1932, the Villa Terrace Decorative Arts Museum was first the home of Lloyd and Agnes Smith. The Mediterranean-style home sits atop the bluff overlooking Lake Michigan, with an elegant staircase and waterfall connecting the mansion to the large garden below.

More than 150 party attendees enjoyed touring the mansion and mingling in the garden.

Joining readers at the party were aldermen Robert Bauman and Tony Zielinski.

The party continued an annual trend of showcasing the many venues the city has to offer. Recent parties have been held at The Ambassador Hotel, Screaming Tuna, and Pabst Brewery and Taproom. 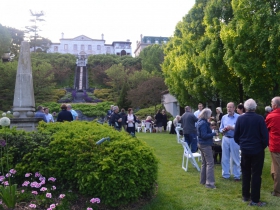 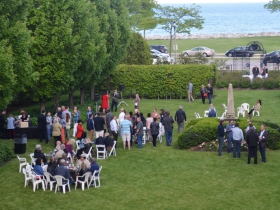 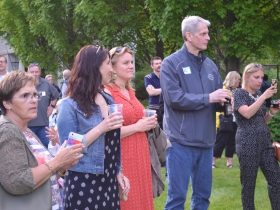 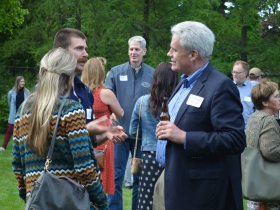 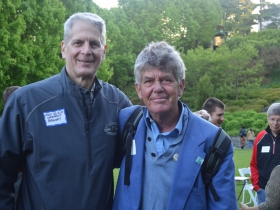 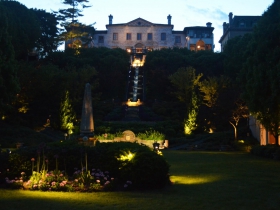