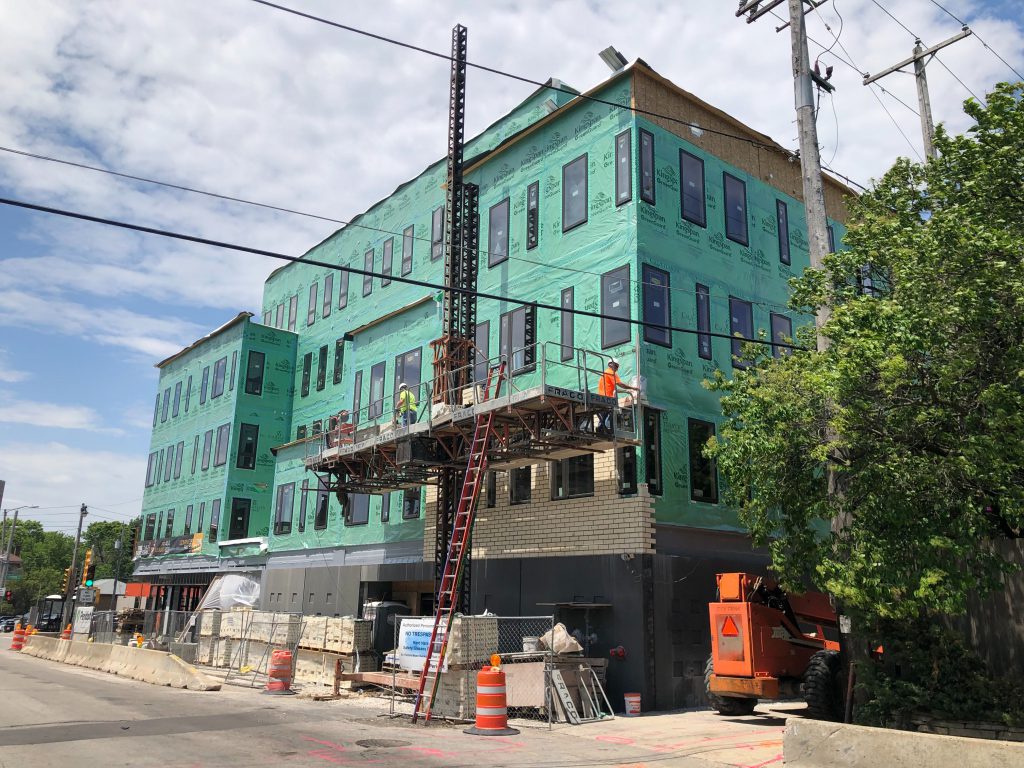 A new apartment building near UW-Milwaukee has quickly taken shape.

When we last profiled the five-story, 55-unit building in January it was barely one story out of the ground. Now the distinctive setbacks of the building, located at the northeast corner of N. Oakland Ave. and E. Locust St., are clearly visible and the first bricks of the cream facade have been installed.

The project also has a new name, The East Sider, replacing the generic 2900 Apartments label it has in city documents. Long-time Milwaukeeans are certain to a doubletake, confusing it for the bar of the same name that closed in late 2017, but the undergraduate and graduate students residing in the new building aren’t likely to suffer that same problem.

With the name comes a leasing website touting the building’s studio, one bedroom and two bedroom layouts as well as a clubroom with rooftop deck, quartz countertops, in-unit washer and dryer, hard surface floors and stainless steel appliances.

The building is scheduled to open in August, just in time for the next school year. 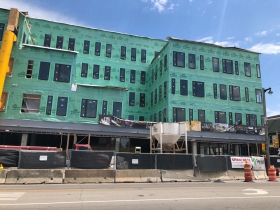 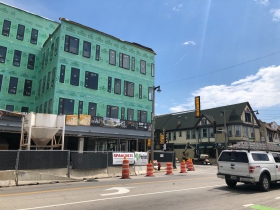 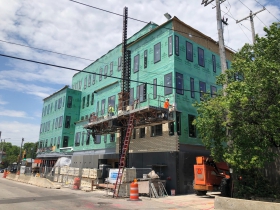 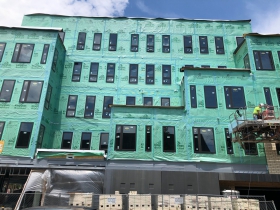 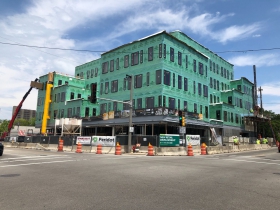 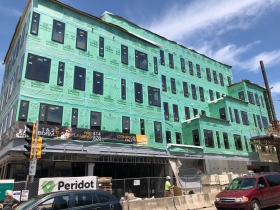