New 55-unit apartment building at Oakland and Locust will be five floors high. 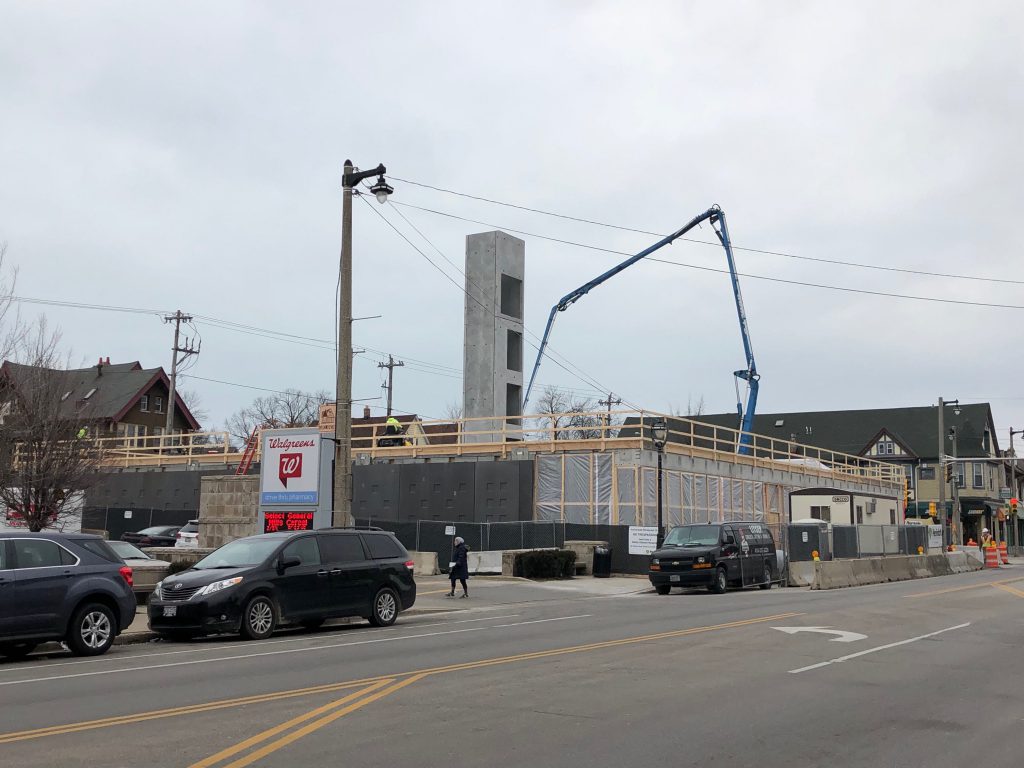 The apartment building planned for the intersection of N. Oakland Ave. and E. Locust St. has begun its upward climb. Developer Michael Klein is leading the project, while Peridot Construction Management is managing the building’s construction.

Klein, with partner Jeno Cataldo, will build a five-story, 55-unit apartment building at the northeast corner of the intersection. Crews from Peridot and a host of subcontractors have been pouring concrete on the site for the past two weeks, which has required a half-block closure of E. Locust St.

Area Alderman Nik Kovac isn’t pleased with the prolonged closure, which was originally approved for only a week. “They said they only need a few days, and it’s been over a week,” said the alderman Wednesday at a neighborhood meeting about another project. He promised that the Department of Neighborhood Services was on the case.

The apartments at 2900 N. Oakland Ave. will be a mix of studio, one- and two-bedroom units that will rent for $900 to $1,800 per month. Parking will be available for $125 to $150 per month according to Cataldo’s testimony before a city committee. The first-floor of the new building will include 10,000 square feet of commercial space.

The project replaces a 4,596-square-foot building that most recently was occupied by a two-story Cousins Subs sandwich shop. The store had been closed for a number of months in anticipation of the project.

The project, which required a zoning variance for the number of units, was approved by the Common Council in November 2017 following a contentious Zoning, Neighborhoods & Development Committee meeting. A handful of area residents vehemently opposed the project, but Kovac ultimately voted in favor of the project.

The alderman also praised Klein Development and architect Striegel-Agacki Studio for making a handful of changes to the building’s design in response to neighborhood feedback, including rounding the corner at the intersection and changing the color of the brick material.

“Better bread, better subs” fans won’t have to fret about losing Cousins long-term. The company intends to reopen a store on the first floor of the new building.

According to Klein, the building is scheduled to open in August 2019. 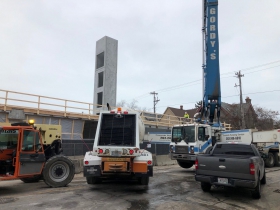 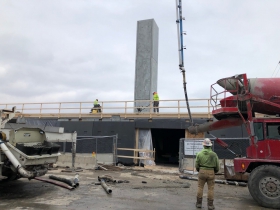 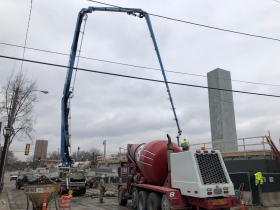 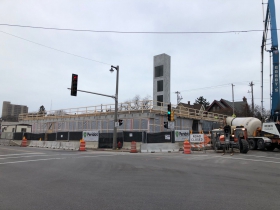 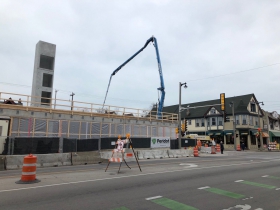 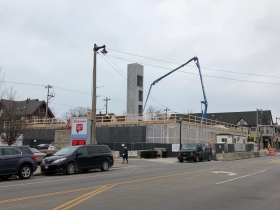 One thought on “Friday Photos: 2900 Apartments Starts to Rise”