How The Arty Partied

COPA’s Arty Bollocks Ball was one hell of an event. 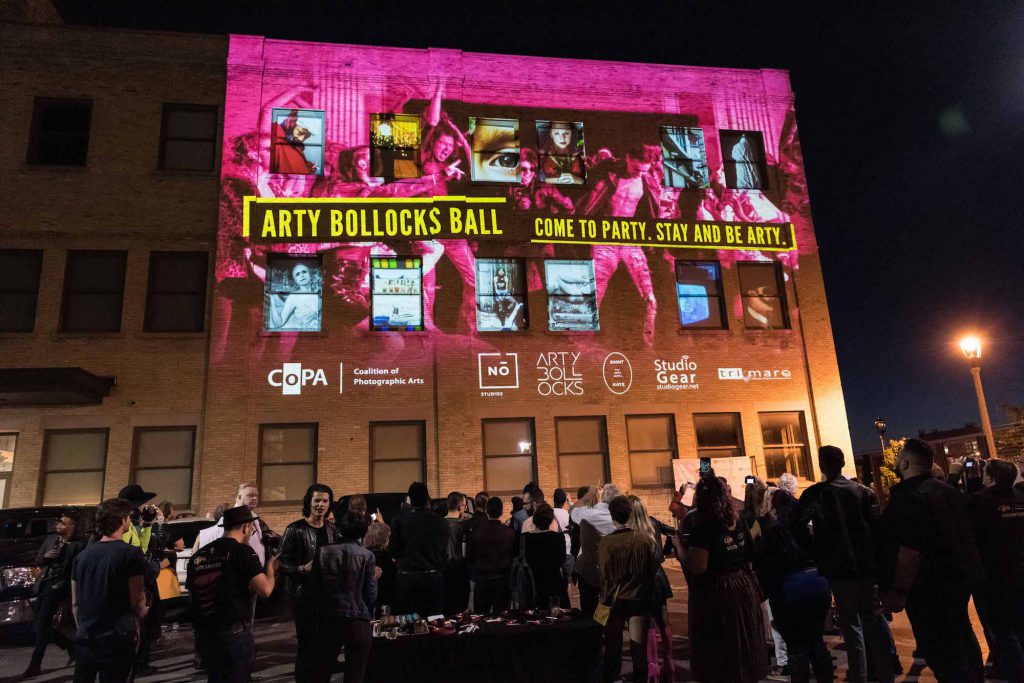 It was a night of professional and amateur photographers, photography lovers, urban underground models and creatives, animated images the size of buildings and classic punk rock music that all came together at the Arty Bollocks Ball presented by the Coalition of Photographic Arts (CoPA), NO Studios and Saint Kate the Arts Hotel.

The rebellion- and punk-themed event was the culmination of a CoPA-sponsored photography contest as well as a celebration of the message that “art is for everyone.”

Guests were greeted by photographers Emiko Franzen, Mark Franzen and Ryan Hanaman to have their photo taken on the black carpet (“Any American Idiot can do a red carpet event; it takes a special kind of punk to roll out the black carpet,” event organizers explained). The evening kicked off with a VIP reception on the top floor bar and lounge of NO Studios with CoPA board president Pamela Ferderbar acting as emcee and decked out in a long pink tulle skirt, black torn and safety-pinned t-shirt emblazoned with the revolutionary slogan “CoPA volunteer” and bottomed off with Christian Louboutin combat boots. David Luhrssen, Managing Editor of the Shepherd Express and contest media sponsor, announced the Reader’s Choice Award winner John Koster, for his photo, “Milwaukee Saturday Night.” Next up was a presenter who came all the way from England for the event, Joke (pronounced Yoke-Ah) DeWinter, co-creator of artybollocks.com, a cheeky computerized artist statement-generator, which was the inspiration for the contest and the event. She announced the Charlie Bucket/CoPA-selected winner, Mary Crawford, for her photo “Hazel and Green.” DeWitt also announced the honorable mention winners, “Femme Fatal” by Cindy Hansen, “Little Boy” by Mary Crawford and “Bradley Center Demolition 4 Level 300” by Guntis “Gunner” Lauzums. All photos were blind-judged and, apart from the Reader’s Choice, were selected by a jury of peers. 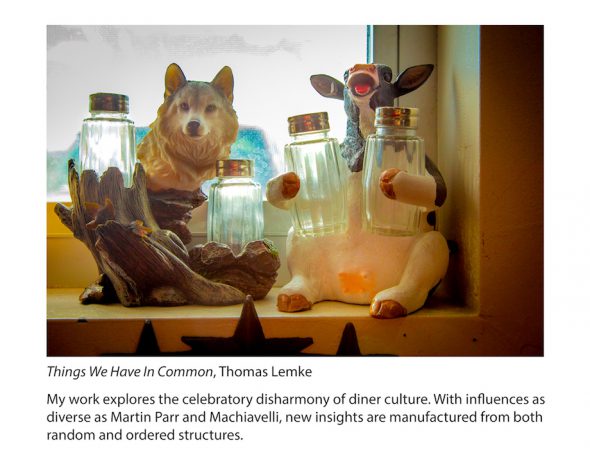 Arty Bollocks Grand Prize Winner 2019: Things We Have in Common by Thomas Lemke.

The grand prize winner of the contest—Thomas Lemke–was dramatically announced later in the evening outside the party with his name projected by Tri-Marq media and event production three stories high on the side of the building. The company went on to wow the crowd of about 150 attendees, which had gathered outside for the announcement, with a brilliant projection mapping display.

Projection mapping is beaming images onto a non-standard surface, such as a building, where the surface is taken into account when creating how the image will look when projected and viewed. For instance, if one is projecting onto a building, the architecture of the building—the windows, doors, building shape, design elements—are used and incorporated as part of the artistic visual that is created. In the case of the Arty Bollocks Ball, the building windows were used as picture frames to display the photography contest finalist photos. The art form is complex and expensive (Tri-Marq donated their services to CoPA for the nonprofit organization’s event) and thus not commonly seen in Milwaukee. It was such an unusual sight that Channel 4 WTMJ showed up and used live shots of the projection as the opening to their 10 o’clock news that night. Thus, the revolution was televised, more or less.

Notable attendees of the evening’s festivities included Dick Blau, photographer, filmmaker, author and professor of film at UW-Milwaukee; Tom Bamberger, winner of numerous journalism awards for his writing on urban design (including with Urban Milwaukee) who is also a photographer with work in several museums; and Guntis “Gunner” Lauzums, who has won numerous awards for his abstract photography and has pieces in the PLMC (Global Center for Latvian Art) Permanent Collections in Cesis, Latvia. Aspiring models, actors, fashion designers and creatives from the underground art collaboratives TruuArt and Plush Decay  were out in force, along with TruuArt founder Shawn Spartz, who is also Director of Creative and Development at Graydient Creative and Bethany Price, poet and founder of Plush Decay.

Event attendees enjoyed classic punk rock tunes spun by 88Nine Radio Milwaukee DJ Dori Zori, a signature Molotov Cocktail drink concocted by the NO Studios bartenders and an exhibition of the 50 photo contest finalists. The NO Studios movie screening room was utilized to premiere a short film edited by Dan Boville comprised of found punk rock footage and behind-the-scenes footage of the April Arty Bollocks photo shoot shot by Alden Hoot and Jake Newman. The arty continued to party with an after-event at the newly opened Saint Kate the Arts Hotel.

The photo competition was a collaboration between CoPA and the creators of artybollocks.com and was a good-natured protest against the pretensions of the art world, starting with lampooning the concept of the Artist Statement. CoPA flipped the script on the tradition of artists having to write an artist statement after-the-fact to explain their art, and instead provided ready-made, jargon-heavy artist statements and invited anyone with a camera or smartphone to make a photo to match the statement. The CoPA Arty Bollocks photo competition — 50 finalists photos and the artist statements that inspired the photos — can be viewed at copamilwaukee.com.

CoPA is a 200-member 501(c)3 organization promoting photographic excellence through educational programs, lectures, workshops and exhibitions. Annual membership is $65, but free for students. 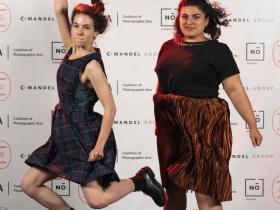 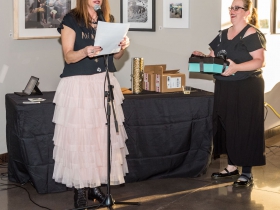 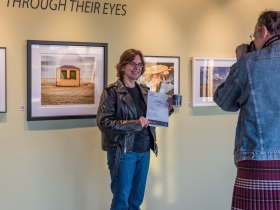 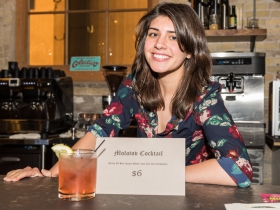 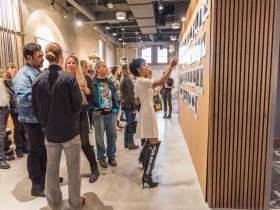 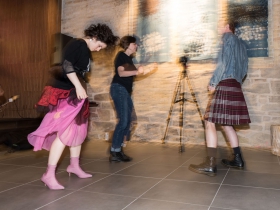