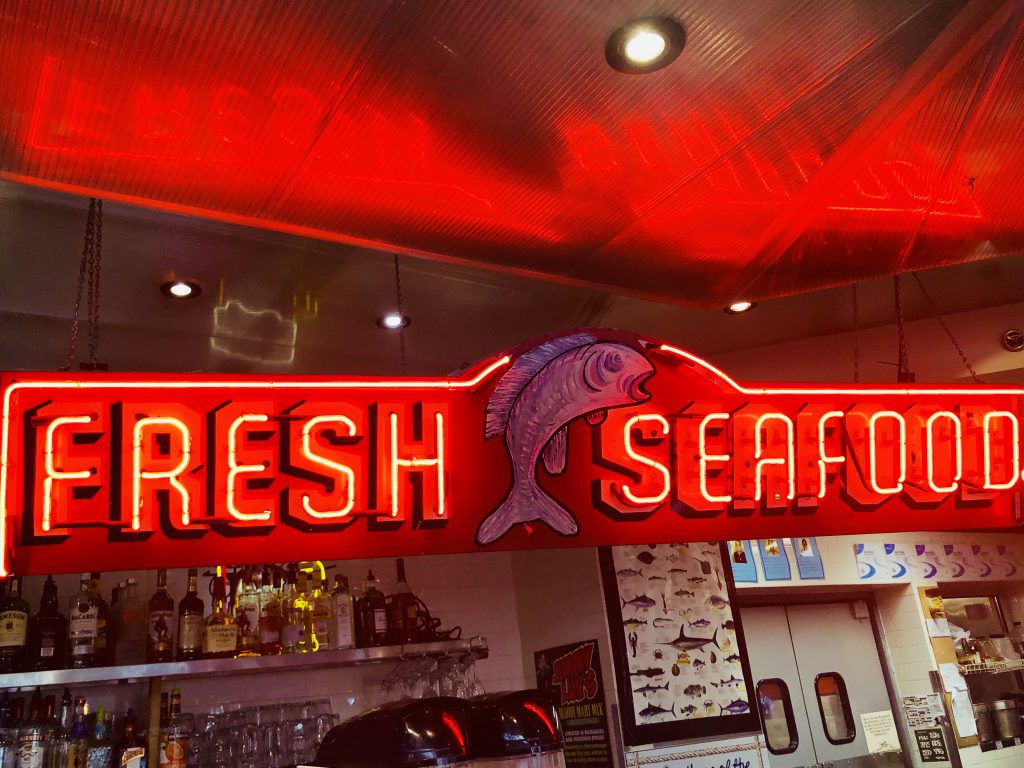 At St. Paul Fish Company, they stack pieces of lobster in their East Coast Lobster Roll, making a sandwich so delicious I ordered it twice. Why not seize the opportunity to feast on a taste of coastal Maine in downtown Milwaukee? Mildly seasoned chunks of lobster combined with minimal mayo are stuffed inside a buttered, slightly sweet roll, grilled on the outside and soft on the inside. When you see live lobsters swimming in a tank nearly, you know where the meat for your lobster roll came from.

This was one of several dishes friends and I enjoyed at this restaurant inside the Public Market. We were unanimous in our opinions of the three soup choices, each too complex to dissect, with their combinations of buttery richness and not-so-subtle flavors. The New England Clam Chowder was suffused with meaty bites of clam; Shrimp and Sausage Gumbo with its spicy heat and complicated mystique from a dark roux, had plenty of shrimp and Andouille sausage; and the Lobster Bisque, not creamy, but instead, a rich broth, tasted like essence of lobster in a bowl.

The Fried Grouper Sandwich received mixed reviews. The grouper was the stand out with its crunchy deep-fried exterior, but the ratio of bun to fish was off, too much bun, not enough grouper, which was also overwhelmed by lettuce and tomato. I wanted the grouper to be the star, not the fixings.

The opposite was true of my companion’s Shrimp Fry. We counted 10 shrimp, deep-fried, perfectly seasoned, served with a slice of lemon. The dish came with fries and coleslaw, but my companion sprung for the additional $1.50 and substituted a bowl of vegetables for the fries. They were tasty down to the final bite of squash, carrots, and red onion. The slaw was bland. Didn’t matter. The rest of the Shrimp Fry was a happy marriage of crunchy juicy shrimp and healthful veggies.

On a second visit, my companion ordered shrimp, this time stuffed inside tacos. Two tacos overflowed with that same fried shrimp, this time cut into small pieces and topped with coleslaw, lettuce, and some slightly salty cotija cheese. Every bite reverberated with a melange of flavors and textures, creamy, crunchy, salty, and spicy.

I ordered my shrimp in a salad on a croissant. If this review is starting to sound like an ad for the shrimp at St. Paul Fish Market, it’s because they don’t scrimp on the shrimp, not in a Fry, a Taco, a Cocktail, on a Kabob, or in one of their Famous Fish Dinners.

I needed a fork to capture all the meaty goodness that fell out of my Shrimp Salad in a Croissant as I attempted to eat it in lady-like manner. 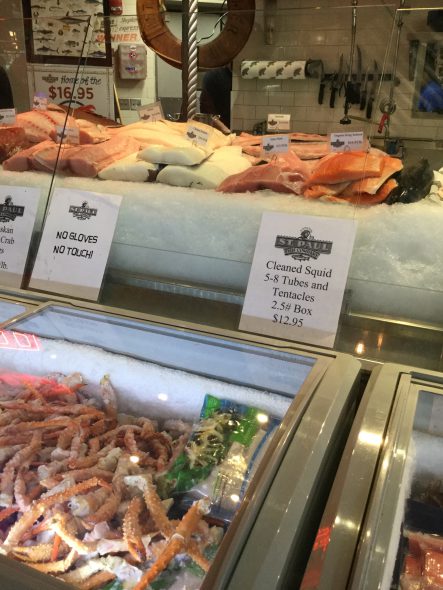 I’ve barely touched the vast menu at St. Paul. You can sit at the bar and order Oyster Shooters, or select from a long list of Starters including Steamed Clams or Mussels, Shark Bites, Oysters Rockefeller, Herring in Wine or Cream Sauce, Ceviche, and much more.

You can also have a salad, a fish dinner, a fish fry, a sandwich, or a specialty such as the Lobster Roll, a King Crab Roll, Bouillabaisse, the Live Main Lobster Dinner, Pan Seared Scallops, or the King Crab Dinner.

If you’re looking for something to take home, look no further than the well-stocked counter deli.

Turn the menu over to find drinks, soda, beer, including Schlitz, Lakefront IPA, and a Seasonal Selection on tap, a list of specialty drinks, and wine by the glass or bottle.

There are times when you might have to wait for a table. That’s when they give you a buzzer to call you when a table is ready, or, you could follow my example and arrive at 11:30 on a weekday morning, just ahead of the lunchtime feeding frenzy. No matter when you come, it will be worth the wait. This is not a restaurant for fancy fish, it’s a place you’ll want to visit again and again, secure in the knowledge that whatever you choose, it will be cooked to order, nicely seasoned, and good, seriously good. 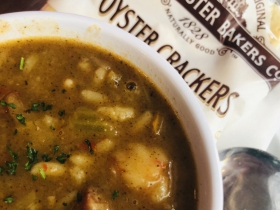 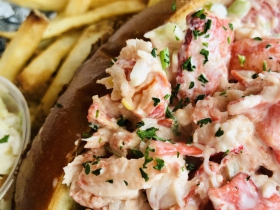 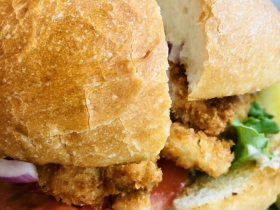 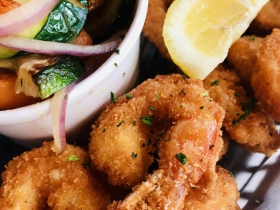 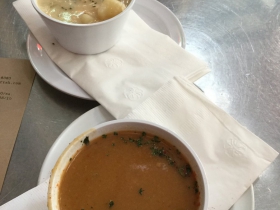 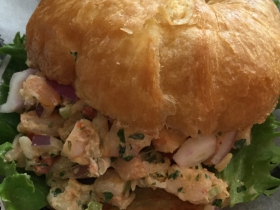