One of city's top restauranteurs passes away, remembered for his kindness and passion. 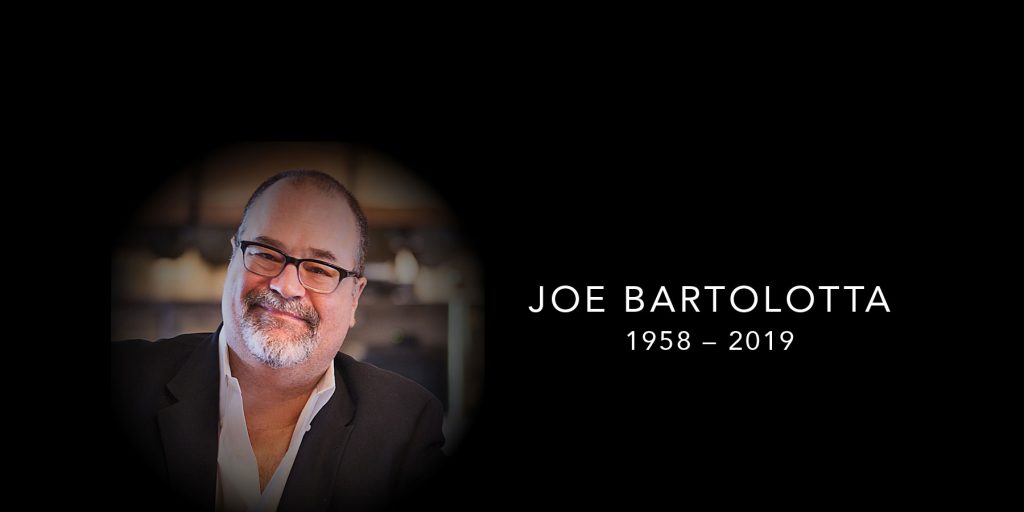 “Joe is beloved by the Milwaukee community for his hospitality heart, generosity and love of all,” the statement continued.

While he made his name with high-end restaurants, Bartolotta also opened a wide range of more casual places, including a custard and burger stand on the shore of Lake Michigan, called Northpoint Custard in 2009, a pizza and pasta restaurant, Nonna’s, at Mitchell International Airport, a second Northpoint Custard stand and Pizzeria Piccola. The Rumpus Room, a European-inspired gastropub located on Water St, was another change of pace in pricing, atmosphere and approach to food.

Bartolotta was active in various organizations in the community. He was involved in the Bartolotta Restaurants’ charity, Care-a-lotta, and also served on the MATC Advisory Board for Culinary Arts, the VISIT Milwaukee board, the UW-Stout Hospitality board and the Board of Directors for the Wisconsin Restaurant Association.

The Bartolotta Restaurants website highlights that Bartolotta “actively” supported the Juvenile Diabetes Research Foundation and organ donation awareness. He previously told the Milwaukee Business Journal that he “had stayed quiet for decades about having juvenile diabetes.” In 2013, Bartolotta underwent surgery for a living-kidney-donor transplant, which he received from his brother-in-law, Jamie Shiparski. “Jamie’s my angel,” Joe said about the transplant. “He saved my life.”

His kidney transplant is at the heart of one memory from City of Milwaukee Municipal Court Judge Derek Mosley. In a post on Facebook, Mosley says that he also underwent a kidney transplant, and had his surgery three years after Bartolotta. Mosley called Bartolotta and his wife, Jennifer, for advice. “He told me one of the hardest things after transplant, was getting up from a seated position. He told me to go purchase a recliner that goes from a seated position to a standing position, thus making recovery easier. I told him, although it would be helpful, there was no way I would be able to purchase one before the surgery,” Mosley says in the post. “Two days later, a motorized recliner was delivered to my house, compliments of Joe Bartolotta. It truly made all the difference. He was the kindest man I have ever met.”

Friends and acquaintances of Bartolotta continued to share their stories of him online.

Joe was a friend and fixture in our community. I always enjoyed catching up with him whenever we saw each other at community events (which was often). Last time I saw him was the day DNC MKE was announced and he was amped. From the first time I met him to the last day I spoke to him, he always brought enthusiasm to everything he did.

Omar Shaikh, co-owner and president of SURG restaurant group, wrote his condolences on twitter. “He was an amazing human being who always took my call whenever I needed advice,” the tweet reads. “He also gave back in so many ways to this community. He will be missed tremendously.”

In a piece dedicated to his career, OnMilwaukee’s Lori Fredrich remembers how Bartolotta often invested in others with kindness:

As his success grew, so did his generosity…He gave to near strangers. He gave when no one was looking. He gave as he was blessed, and the world was better for it…

In thinking back on years of interviews with Joe Bartolotta, I recall numerous occasions when we talked about the art of training great service personnel. Bartolotta was insistent that, although things like timing and procedures could be taught, a good portion of the talent needed to come from something deep inside.

“We’re looking for people with a sparkle,” he said to me. “Being good in this business comes from within. You have to be good people.”

You can read Fredrich’s full article here. More information about Bartolotta and the Bartolotta Restaurants can be found on the company’s website.

The funeral service for Joe Bartolotta will be held on Saturday, April 27 at 10 am at The Riverside Theater (116 W. Wisconsin Ave). The service will be open to the public.