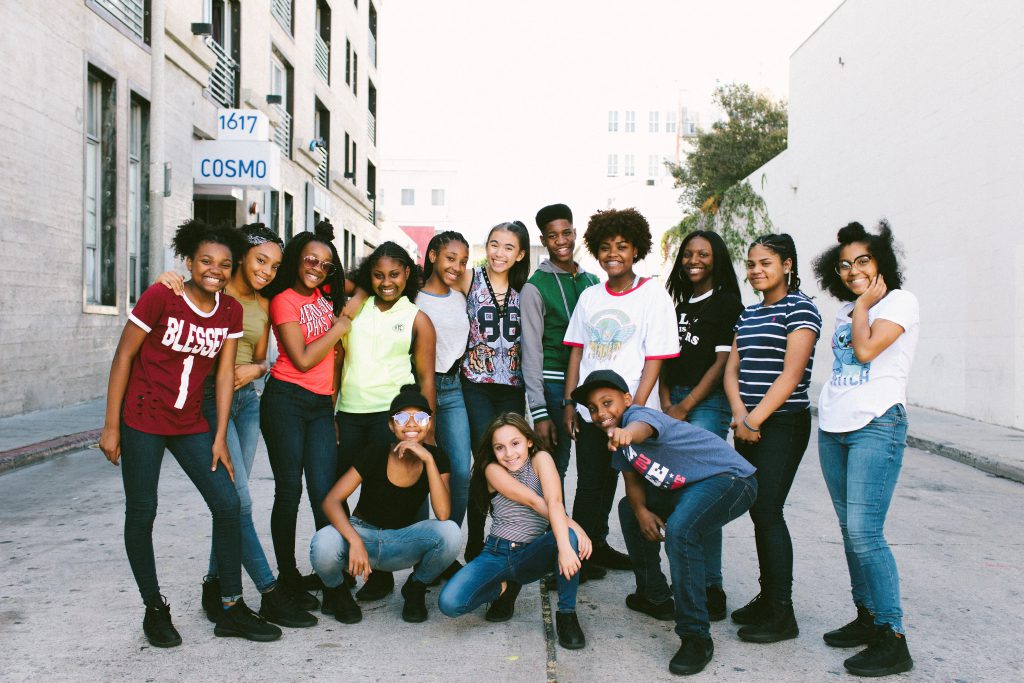 When you’re allowed to jump out and spread your collective wings, I guess you could say you’ve been unboxed. Unboxed is an original media dance play created by Cedric Gardner and set to unwrap itself next week Friday, April 26th, at the South Milwaukee Performing Arts Center (SMPAC.)

Rachel Sorce is the executive director of SMPAC and says Unboxed sort of evolved from In General, a piece Gardner and James Gavins produced at the Milwaukee Repertory Theater in 2017. “’Unboxed’ is a reimagining of sorts of that original piece,” Sorce says. Unboxed examines a world where standardization and conformity are often valued as the norm, while neglecting the underlying and powerful individuality within each child. Unboxed looks at how this individuality can be released, expressed and embraced.

“It’s an all-ages show for anyone who is interested in dance. We hope it’s a show that will encourage youth to pursue their talents,” Sorce says. There are no spoken parts in the show, just dance music and a little narration. “It’s really about how students and young people today can feel boxed in, not encouraged to use their imagination,” Sorce says. “When we encourage creativity we tap into imaginative resources. It’s always a push and pull struggle with standardized testing and structure. That environment doesn’t suit every child. It’s really about acknowledging imagination in our children.

Gardner is a dance teacher and mentor at the Don and Sallie Davis Boys & Girls Clubs. The young choreographer and teacher first gained national attention in 2007 when he free styled his way to the finals of “So You Think You Can Dance.” A story in Milwaukee Magazine reports that the night Gardner was eliminated from “So You Think You Can Dance,” judge Debbie Allen of Fame awarded him a scholarship to her Los Angeles dance academy. “If his acting, dancing and choreography credits are any indication, he could have had a long career in LA,” the story notes. But Gardner, a Wisconsin native and Milwaukee Public Schools graduate, has returned to his home town to work with talented students here.

Sorce says there is no direct affiliation between SMPAC and the dancers, but she’s known Gardner for years. “I first came to know who he was while he was a dancer for a Jason Moran show here with us. I knew we wanted something visual for our audience and I began to follow him on social media.”

According to Sorce, Gardner’s passion and drive has made him a positive force in the community. “I saw the success of his dance team and thought it’d be fun to incorporate them with a lot of local talent. Part of our mission is a lifelong education for people of all ages and this is a great example of that.”

The dancers in Unboxed are not what you’d call “professional,” Sorce says. But some of them may go on to have professional careers and they are student of dance.

Sorce believes the arts in Milwaukee are thriving. “So many smaller organizations are popping up and there’s a ton of talent. There is a richness that is undeniable among these smaller groups. I wish I could go and see everything the city has to offer, but I’m busy with my own role and position.”

While her background is in corporate marketing and communications, Sorce had a successful career before working in non profit arts management. Her parents were high school music teachers and her husband runs a martial arts studio, Sorce Martial Arts in South Milwaukee. “I really wanted to be part of the community,” she says. “I had never booked artists before, never managed any performing arts. With my background, writing and promotional skills, I figured I could do this. I’m thriving here personally and professionally and have no desire to go to a bigger venue. I’ve made South Milwaukee my home and it’s a great place to be, to raise a family.”

As most administrators in the arts will tell you, it’s never easy. “We’re part of the school district, I’m a school district employee,” Sorce says. “A small amount of our budget comes from district but we do a ton of rentals to keep our space open. People don’t understand in the arts there are a lot of costs. Our venue is nothing like Fiserv Forum or other downtown venues. We’re doing our best to keep our ticket prices in line.”

Sorce says SMPAC offerings are of high quality and diverse, and speak to her south-shore community and beyond. “We know we’re not going to please everybody, but we choose a blend of about eight a season that appeal to families and senior citizens. We’re not trying to be what we’re not.”