Two projects will supply 450 megawatts or 1% of state’s energy use.

By Phoebe Petrovic, Wisconsin Public Radio - Apr 12th, 2019 10:50 am
Get a daily rundown of the top stories on Urban Milwaukee 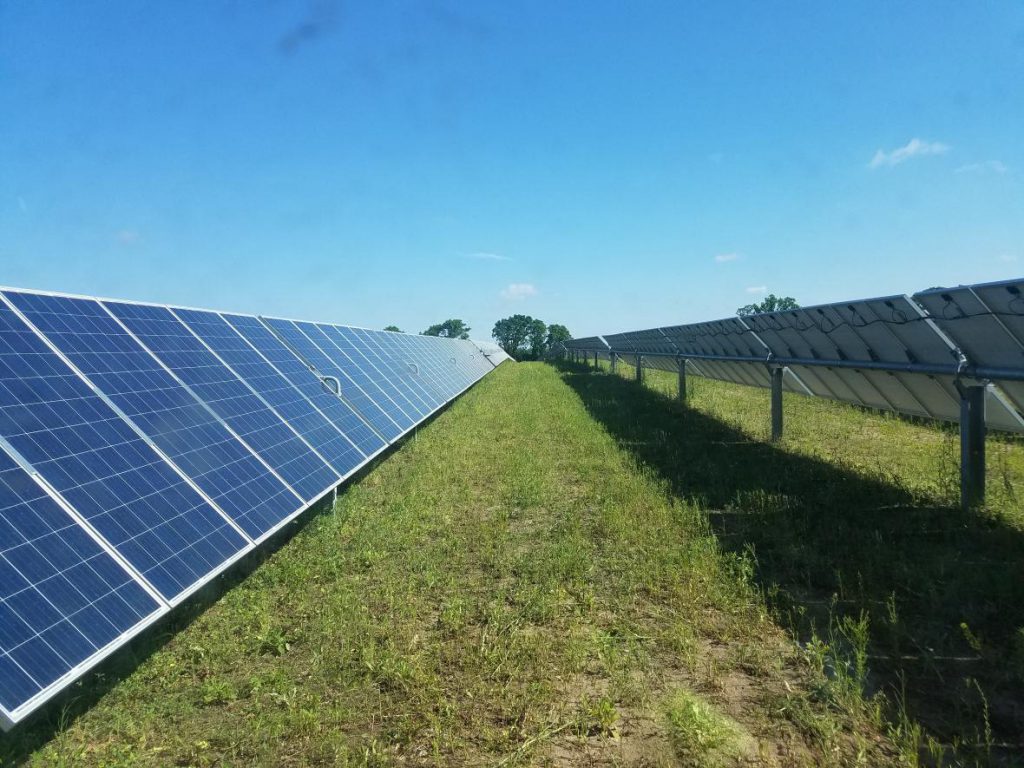 The Badger Hollow Solar Farm in Iowa County will be the largest of its kind in Wisconsin, the Midwest, let alone Wisconsin.

Together, Badger Hollow and the Two Creeks Solar Project in Manitowoc and Kewaunee counties will produce 450 megawatts of energy, the equivalent of about 1 percent of the state’s annual energy use.

The PSC also approved tie-lines to connect the projects to Wisconsin’s existing electricity grid, as well as the request from utilities Wisconsin Public Service and Madison Gas & Electric to acquire about two-thirds of the new solar capacity.

“It’s a huge day for solar energy, no question,” said Tom Content, executive director of the Citizens Utility Board, a consumer protection nonprofit. “But it’s also a good day for ratepayers, too.”

Content said the PSC made several decisions that will keep consumer costs down, such as preventing the utilities from collecting millions in construction cost-overruns.

“We’re happy that they decided to put in some extra protections for customers,” Content said. “Overall, solar is becoming more cost-effective every year, so that’s a significant move.”

Tyler Huebner, executive director of the nonprofit RENEW Wisconsin, which advocates for renewable energy, said the utilities’ interest in the projects demonstrates their recognition of the increasing cost-effectiveness of solar.

“Now is the time,” said Huebner. “Solar energy is here, and it’s going to be a big opportunity for the state of Wisconsin.”

Huebner called the PSC’s decisions a “win-win all the way around,” but not everyone feels that way, particularly nearby landowners.

Wisconsin Public Radio and the Wisconsin Center for Investigative Journalism previously reported on how the Badger Hollow plan divided neighbors in Dodgeville. Some landowners and farmers, including Alan Jewell and Richard Jinkins, who formally attempted to block the project, worry the solar farms will disrupt their way of life and devalue their land.

Commissioner Mike Huebsch, appointed by former Gov. Scott Walker, acknowledged some of these concerns during the meeting, before ultimately approving the solar projects.

Citizens Utility Board’s Content said they asked for extra protections for landowners. They asked the PSC to block the use of barbed wire around the project and for utilities to file landscaping plans. Content said PSC approved the former but passed on the latter.

The PSC reached agreement and took action despite a vacancy in one of its three seats due to a back-and-forth over the state Legislature’s December lame-duck session. Chair Rebecca Valcq — a Gov. Tony Evers appointee — and Huebsch took part in the proceedings.

Huebsch mentioned the political turmoil in his opening remarks, lamenting: “The outside influence, chaos and uncertainty that faces the future of the PSC because of the actions of last month clouds even the action that we will take in this meeting.”

The solar farms are expected to come online in the next few years.