Bucks developing area around Fiserv Forum, and The Avenue gets a new $3 million entrance. 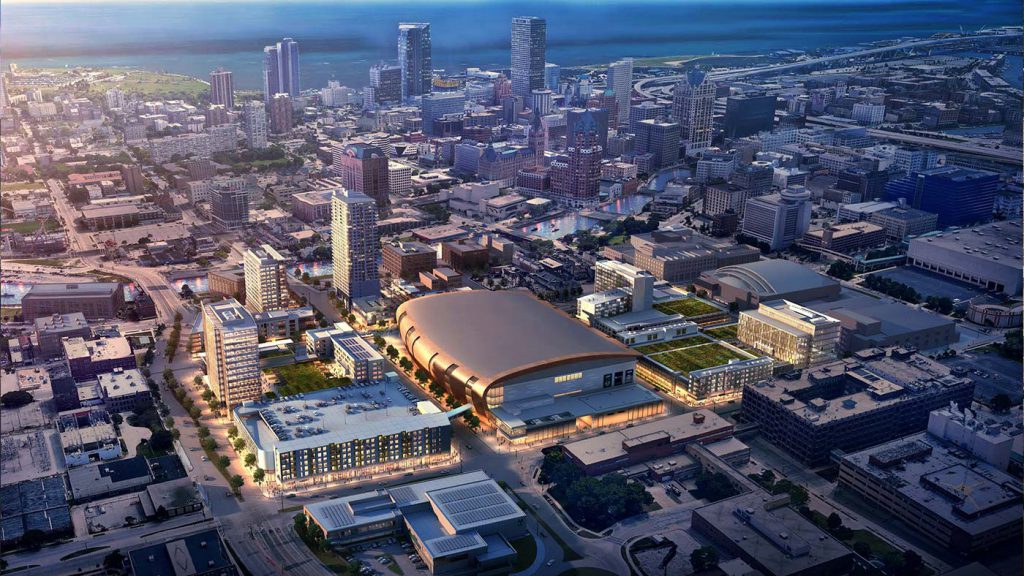 Rendering of the Deer District. Rendering by Eppstein Uhen Architects.

The Milwaukee Bucks are branding the approximately 30 acres they are developing around Fiserv Forum as the Deer District.

The area, made up of land from the demolished Park East Freeway and Bradley Center, is already home to the new arena, parking garage and entertainment center, but the Bucks have much more in mind according to a press release.. The team intends to develop a mixed-use neighborhood surrounding the arena

The Bucks new neighborhood is akin to what the Mandel Group did with its The North End development just across the Milwaukee River. The multi-building development sits between East Town and the Lower East Side, but has become the de facto neighborhood name for all the new development emerging along N. Water St.

Will the Deer District be the thing that merges The Brewery, Westown, Haymarket and Hillside neighborhoods? Time will tell.

Milwaukee County submitted its proposal Friday for a new youth correctional facility and is asking the state for $41 million to build it.

The new facility is part of a statewide effort to replace the troubled Lincoln Hills and Copper Lake facilities with regional centers.

Legislation was passed under former Governor Scott Walker that provided only $40 million across the entire state for the construction of new youth correctional facilities. Gov. Tony Evers more than tripled funding for new facilities in his recent budget proposal, which is still working its way through the legislature.

The county is proposing a 40-bed facility with a “health clinic, educational, vocational and training programs and an aesthetically-pleasing, secure perimeter,” according to a press release.

The state is also pursuing its own facility in Milwaukee.

Wangard Properties is requesting the city rezone a 2.3-acre parcel in the Harbor District, allowing the firm to building anything from a hotel to an office building.

The property at 1958-1970 S. 1st St. is currently zoned for heavy industrial use, Tom Daykin reported. Wangard intends to leverage the rezoning to the city’s “industrial mixed” designation for an undisclosed residential or commercial development.

Wangard has yet to purchase the property. The property, near the Kinnickinnic River at the south end of Walker’s Point, was acquired by a California-based investment firm in 2018 from Commercial Heat Treating Inc.

Project architect Chris Socha told the Milwaukee Journal Sentinel that the redesigned entranceway will be a gathering place in the community and an important link between The Avenue, as the west half of the old Grand Avenue is now called, and the surrounding neighborhood.